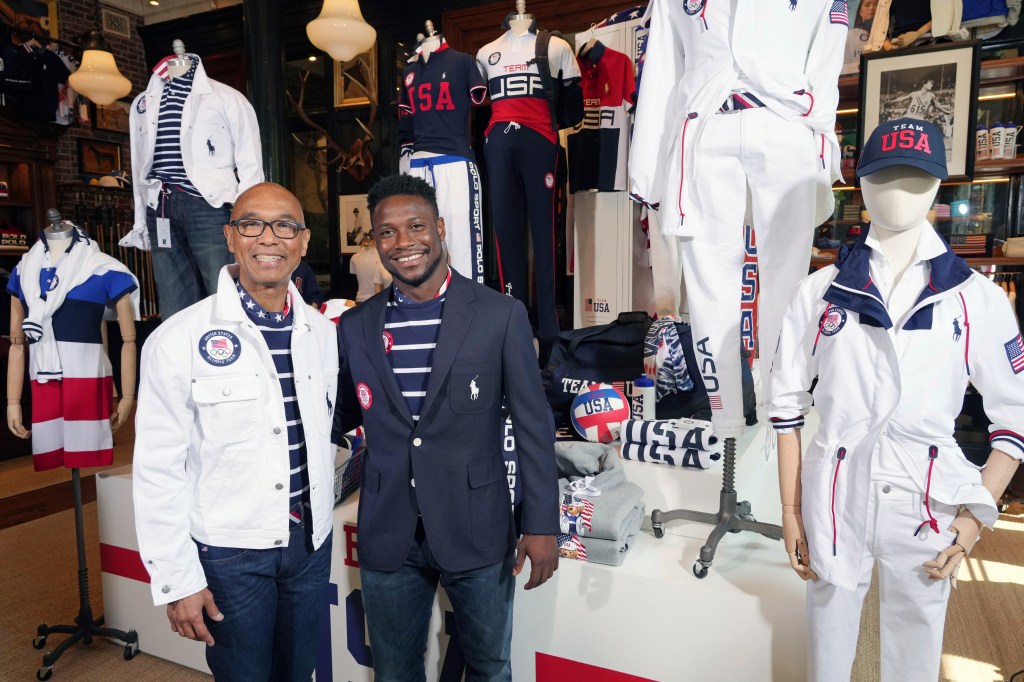 Every Olympian who watches the Friday Opening Ceremonies in Tokyo will have their own memories and many include the thrill of walking in the Opening Ceremonies Parade proudly wearing the clothing designed for the American team. .

After a year of delay at the Tokyo Olympics, Ralph Laurens designs for the best of the Americas were unveiled with all the hype you would expect from a New York fashion show.

They look very modern and comfortable, said Cheryl Angelelli of Clinton Township and a Paralympian swimmer who competed in the 2000, 2004 and 2008 Paralympic Games. I was only able to attend the opening ceremonies in Sydney in 2000. In 2004 and 2008, I skipped the Opening Ceremonies because I was competing the next morning and athletes usually don’t return to the Olympic Village until after midnight after the Opening Ceremonies.

Yet the thrilling pride that came with entering the host venue opening ceremony with her team, at least once, is something she will never forget.

The Olympic and Paralympic teams wear the same uniforms. I remember in Sydney we wore white cowboy hats in the stadium, Angelelli said. I will never forget stepping into the stadium in Sydney, Australia for the opening ceremonies. I always get emotions thinking about it.

Upon entering the stadium for the first time, athletes are immediately blown away by the roar of the crowd, although the pandemic and the lack of spectators this year are likely to muffle the sound.

It was deafening, she said of the crowds in Sydney. And that was the first moment I felt the enormity of what I had accomplished. I was about to compete on one of the biggest stages in the world.

Cowboy hats worn in 2000 were also worn in previous Olympics. At the 2002 Olympics in Salt Lake City, designers ushered in the berets which remained a popular topper, as shown by a fashion timeline by CNN.

At this time of year, Tokyo can reach 90 degrees. Then there’s the humidity, which can be stuffy at times and not only make conditions uncomfortable for athletes, but could expose them to heat-related conditions.

But Lauren has their backs.

The clothier not only designed the uniforms to be lightweight, but he also developed special RL COOLING technology for the yet to be announced Olympic and Paralympic flag bearers, who have the enormous responsibility of leading the team. in the stadium carrying the American flag.

Through the Olympic and Paralympic Games, Ralph Lauren celebrates the pioneering spirit and tradition of the Americas, while embracing modernity and innovation and it is with this philosophy in mind that we approached the development of technology RL COOLING, said Ralphs son David Lauren, who is the chief brand and innovation officer and vice chairman of the board of directors of Ralph Lauren Corporation in an Associated Press report. Recognizing the summer heat of Tokyo, we set out to develop a solution for Team USA that combines fashion and functionality, allowing them to look and feel their best on one of the world’s biggest stages.

The cooling system is seamlessly integrated into the garment and disperses heat from the wearer’s skin through a fan at the back of the neck with a lightweight personal battery controller hidden inside. It’s akin to the way mainframes are kept cool.

While it may not seem important to the viewing public, participating in the Opening Ceremonies requires endurance on the part of the athletes, so it is important to be comfortable.

For the opening ceremonies, there are a lot of people standing and waiting, Angelelli said. All athletes are transported by bus to the stadium a few hours before it actually starts.

Angelelli said the coordination of so many people is huge. Even after everyone is in the stadium, there is the wait to parade in the parade, followed by a few extra hours to watch the ceremony, then line up again as the volunteers tackle the enormous task to bring all the delegations back to the Olympic Village.

So being made of a light, breathable fabric and comfort are essential, said Angelelli, who did not win a medal at the Sydney Olympics but met the man who would become her husband, Shawn Kornoelje. She however experienced the thrill of victory in Athens in 2002, winning two bronze medals; and again in Beijing in 2008, winning two silver medals in swimming.

Now, every time she watches the Olympics Opening Ceremony, she remembers her entry into Sidney and the thrill she and the USA team felt representing her country.

There was so much joy that night and so much pride to be there to represent the United States, Angelelli said. I can’t wait to watch the Olympics and Paralympics. I still have friends in competition and of course it brings back so many great memories.

The Opening Ceremonies of the Games of the XXXII Olympiad are scheduled for Friday and will continue until the Closing Ceremonies, which will take place on Sunday, August 8, 2021 in Tokyo.