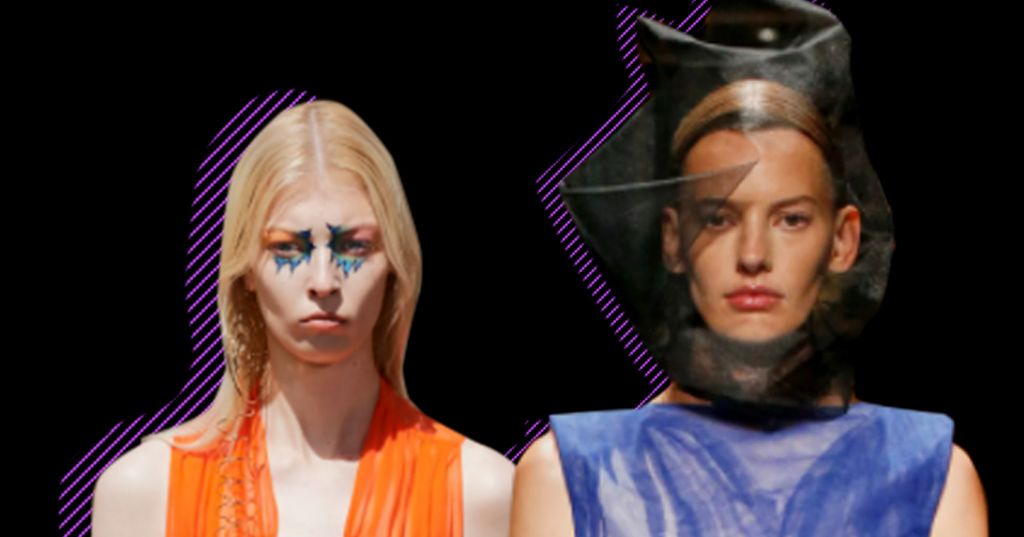 Perhaps because of the pandemic, 9/11, and the distance traveled, many designers this week seem clearly aware of their own history. Rachel Comey had models and dancers pushing each other across a slippery floor in office chairs (remember that?) As a brave independent designer who brought all kinds of people together in a memorable way at the dinner shows that ‘she organized in Red Hook, Brooklyn. It was long before big brands discovered Brooklyn.

For their finale on Saturday morning, in the sunny courtyard of Westbeth Artists Housing, Laura and Kate Mulleavy of Rodarte sent around 30 models dressed in identical solid dresses colored in subtle earth tones, to form a ring around a neon display. laid out on the floor. Other models, all barefoot, stood at attention nearby. My first thought was: Worship! Or worship of the sun. But the Mulleavy, who live and work in California, have done somewhat similar things in the past. The performance is part of their story, which started in 2005. And by the way, it was a magical collection.

Few American designers have gone as far as Thom Browne. When the fledgling Pennsylvania actor launched his men’s brand in the early 2000s, people laughed at his shrunken preppy suits and flood pants. The reaction to his first women’s clothing, around 2014, was even more severe. The historic looking costumes looked like poor McQueen. Yet Browne continued to refine his style while elevating craftsmanship to remarkable levels. He went to Paris. In 2018, the Zegna group in Italy bought their company and today the label has a turnover of around $ 250 million per year.

On Saturday night, in the performance space of Hudson Yards, Browne put on his first show in New York in a few years. Although he returned to support his partner, curator Andrew Bolton, who organized the new American fashion exhibition at the Met, the designer took the opportunity to question his own sartorial roots, but also to take a leap forward. .

The setting was the classic Thom Browne: a huge imaginary garden with the stick outlines of a mansion in the middle. It was an imaginary block, albeit abstract, in old New York. The S-shaped silhouette of the suits of the house’s two male models was a reminder of 1900 and its corsets, which flattened the front of the body and elongated the back. In ten years, in Paris, the couturier Paul Poiret erased the distorting corsets and gave fashion its modern and rectilinear allure. At this time, the area around Hudson Yards would still smell of horses, and of course the stench of slaughterhouses. In Brownes’ gray garden, the shrubs were models dressed in capes embroidered with flowers. They got up to drop the capes and reveal tailored suits. Meanwhile, two men on penny-farthings circled the track, wearing fake horse heads. No to slaughterhouses?

The greatest fashion is archaeological. When a second set of models appeared, now in plain, straight dresses made of gray tailor fabric or seersucker, with what looked like plaster or dust on their faces, I felt like ‘they were specters, the past looking at the present. Browne is a genius for incorporating this meaning into his designs.

But more noticeable was the transition he made in the third act of the show, when another set of models appeared in plain and plain dresses of five or six layers of tulle. The trompe-l’oeil drape and torso detail, and the fact that some sleeves were sewn to the side of a dress, were evidently borrowed from ancient statuary (Browne later said he was looking at statues at the Met). But Browne never did that kind of sleek American simplicity, or a palette that included jade, pale blue, and pink rose.

When I asked him about this new turn, he laughed and said: It’s so new to me. Because I like the things that she spreads her arms, to suggest big and it’s simple. The dresses, the layered shading of which he described as almost topographical, were handcrafted in Japan.

Mulleavyss collections are often ultra romantic or ultra naïve and rustic. In short, they rarely do fashion in moderation. What struck me about their Saturday show was how the drawings seemed tempered, without losing any of Rodarte’s sensitivity. Movement and lightness seemed to be the central idea in the first outfit, a long airy white dress with a black collar. There were short silk dresses with loose, cocoon-shaped backs that captured the breeze, sheer sheer lace or gauze dresses (all in lush colors), and all-over fringed dresses. This feeling of lightness was also manifested in silky pants with a slightly oversized shirt studded with ruffles. Almost every piece was not only distinctive, like a rodeo-style covered dark blue satin blazer with chunky white flowers embroidered or a gorgeous slim pink evening gown with a draped bodice and sleeves, but they also kept your attention riveted.

On the other hand, it was difficult to concentrate on the Comeys clothes. Once the models and dancers started to really move (the choreography was a collaboration with Beth Gill) they would roll, jump, slide across the floor. An older beauty took off her top and, in boxer shorts, climbed a tall ladder and stepped over the first step while donning a new zigzag pattern. Comey, who recently launched a peer-to-peer resale marketplace on their website, wanted to recognize this new venture, and also salute their friendships and work over the past two decades. I laughed when I saw Waris Ahluwalia pull out a canvas construction bin. He was in Comeys’ first show, holding a guitar. Still, if you take a closer look, there were new trajectories in performance pieces, tight knits, a sweet men’s ensemble in a juicy shade of yellow, and a cute weird granny dress in a faded blue print. .