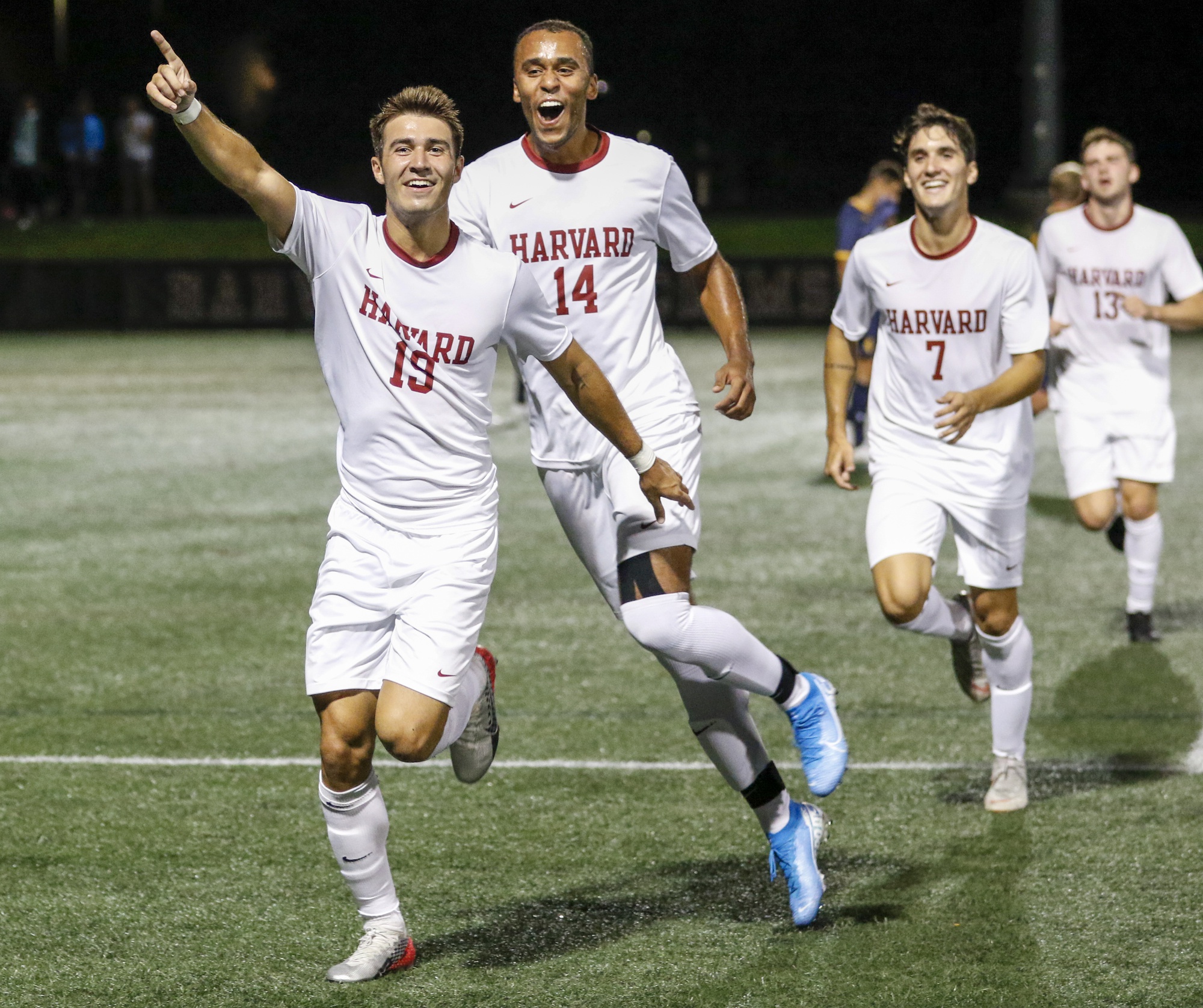 Harvard fought 110 fierce minutes to secure a 1-1 draw at Bryant University on Saturday afternoon. The extra time that ensued after the settlement was not enough to keep the two parties apart. In overtime, neither team managed to find the golden goal despite the two teams coming together in an end-to-end affair.

Harvard (1-0-1, 0-0 Ivy) had more corners and shots on goal than Bryant on the night, topping the Bulldogs 27-15, the highest shooting total for the Crimson since November 2015. Despite that shooting advantage, Harvard couldn’t find the elusive second goal, settling for a draw instead.

The Crimson fell behind halfway through the first half when Bryant took the lead thanks to second-year defenseman Abdel Talabi. Talabi rose above the Harvard defense on a Bryant corner to bring the ball home, giving the Bulldogs a lead on one of their two shots in the first half.

After falling behind, the Crimson continued to create chances but could not find the back of the net until just before the half-time break. With just over a minute to go into the half, senior forward Nico Garcia-Morillo equalized for Harvard with a stunning first end from a tight angle just inside the box. Garcia-Morillo found space for the shot after first-year striker Ale Gutierrez chose the senior run with a perfectly weighted long ball, after struggling to retain possession in midfield.

Ale Gutierrez played a nice deep ball. Then, once the ball appeared, it was the perfect height for a volley, Garcia-Morillo said of the goal. I didn’t think twice and tore up the second post. Fortunately, he entered.

Bryant settled into the game in the second half as the Crimsons’ initial intensity eased somewhat throughout the game. The shooting margin narrowed in the second stanza, with Harvard edging the Bulldogs 9-6 in shots, closing the gap with the Crimsons’ 13-shot advantage in the first frame. Bryant nearly stole the points in the 78th minute, as a header from senior midfielder Jonathan Brackett over a long throw rocked the woodwork. Despite some tight calls, Harvard remained disciplined on defense throughout the afternoon, facing long shots into the box from Bryants Talabi.

Garcia-Morillo nearly sealed a dream performance after eight minutes of overtime, as the forward charged on Bryants’ third defensive end and fired a shot on goal that beat the Bryants goalie but the Florida native. was denied by the crossbar, and play continued.

The game continued in this manner from start to finish, with Bryant nearly breaking Harvard’s heart just a minute after Garcia-Morillos’ luck. With ten seconds left in 1OT, the Crimson cleared a cross at the edge of the box, only to see a shot from Bryant come in and be saved from the line by junior goalie Oskar Nilsson. The danger did not go away however, as Bryant led the rebound on target for what appeared to be a sure winner of the game. Somehow, Nilsson rose to make the save, keeping the game alive as the first overtime period drew to a close.

Nilsson made six saves on the evening and is now averaging 6.5 saves per game in two games this season. Despite its exploits in overtime, Harvard was unable to rally to find the winner.

We managed to come back after conceding the first goal, and now our goal is to have a good performance on Tuesday, Nilsson continued. We have been waiting for a long time to play on our field, and I hope we come away with a strong performance and a victory.

Harvard returns home to face Northeastern on Tuesday after playing its first two road games. Meanwhile, the Huskies will look to regain their momentum after a 2-1 win over Hofstra as the enemy across town enter the game against the Crimson. Tuesday’s game at Jordan Field will also mark Jordan’s first men’s game in nearly two years. The kick-off is set at 7 p.m.

Editor-in-Chief Eamon J. McLoughlin can be contacted at [email protected]

What the newspapers say on September 13