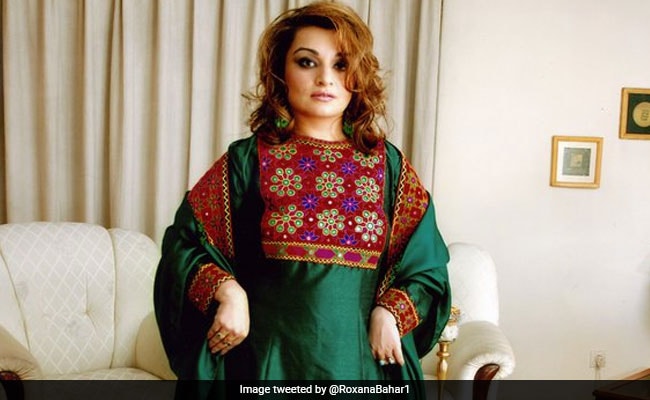 Afghan women have launched an online campaign to protest the Taliban’s new strict dress code for female students. Afghan women shared photos of themselves wearing colorful traditional dresses as part of the social media response to the Taliban and their harsh laws for women. The photos are shared with hashtags like #DoNotTouchMyClothes and #AfghanCulture to highlight that traditional Afghan clothing is a far cry from the conservative dress code the Taliban has imposed on female students.

After their return to power, the Taliban announced a new dress code for women in private colleges and universities. According to the document released by the Taliban-led Education Ministry on September 5, students, teachers and staff are required to wear an abaya and niqab that covers their hair, body and most of the face, reports a local news site. Gandhara. Clothing should be black, and women should also wear gloves to cover their hands.

The #DoNotTouchMyClothes campaign emerged in response to a protest organized by the Taliban at Kabul University in which more than 300 women, dressed in all-black clothing covering their faces, announced their support for the group and its decision. to exclude women from high-ranking government. posts.

“I wanted to let the world know about the outfits you’ve seen in the media [referring to those worn by women at the pro-Taliban rally] it’s not our culture, it’s not our identity, “said Dr Bahar Jalali, former professor of history at the American University of Afghanistan and founder of the campaign. BBC.

Ms Jalali shared a photo of herself in a green outfit on Twitter and wrote: “This is Afghan culture. I wear a traditional Afghan dress. #AfghanistanCulture.”

It is Afghan culture. I am wearing a traditional Afghan dress. #AfghanistanCulturepic.twitter.com/DrRzgyXPvm

Hundreds of Afghan women joined the campaign to protest the policies of the Taliban.

This is our authentic afghan dress. Afghan women wear such colorful and modest outfits. The black burqa has never been part of Afghan culture. #FreeAfghanistan???????? pic.twitter.com/v9LIbcvklG

“I join my Afghan compatriots who have launched an online campaign to condemn the Taliban dress code! a woman wrote on Twitter.

A campaign to support!
I join my Afghan compatriots who have launched an online campaign to condemn the Taliban dress code! We are proud of our traditional Afghan outfit! # Don’tTouchMyClothes#AfghanistanCulture#womenafghanistan@WEIForwardpic.twitter.com/7OoqIQnW5P

“While I always support a woman’s sartorial choice, including the niqqab, I agree that dressing head-to-toe in black is not #AfghanistanCulture Our clothes are vibrant, colorful and rich, ”said another.

I join #WomenOfAfghanistan in the # Don’tTouchMyClothes campaign. While I still support a woman’s sartorial choice, including the niqqab, I agree that dressing head-to-toe in black is not #AfghanistanCulture Our clothes are vibrant, colorful and rich. pic.twitter.com/AR04mz61T4

Peymana Assad, who is the first person of Afghan descent to be elected to public office in the UK, also took part in the campaign.

It is Afghan culture. My traditional outfit #Afghan women

Thanks to Dr @ RoxanaBahar1 for inspiration.

Our cultural dress is not that of the dementors that the Taliban make women wear. pic.twitter.com/i9wFASfWR6

Ms. Jalali says she launched the campaign because she “feared that Afghanistan’s identity and sovereignty would be under attack.”

While different regions of Afghanistan have different traditional costumes, bright colors, embroidery and mirrors feature prominently in almost all of them.

While in power between 1996 and 2001, the Taliban banned women from working, prevented them from leaving home unaccompanied by a male relative, and forced them to wear a full-coverage burqa in public. The group tried to project a more moderate image this time around, but recently replaced the Ministry of Women’s Affairs with the Ministry of Promotion of Virtue and Prevention of Vice.

Iyer’s knock signifies the brand of cricket we want to play: Morgan