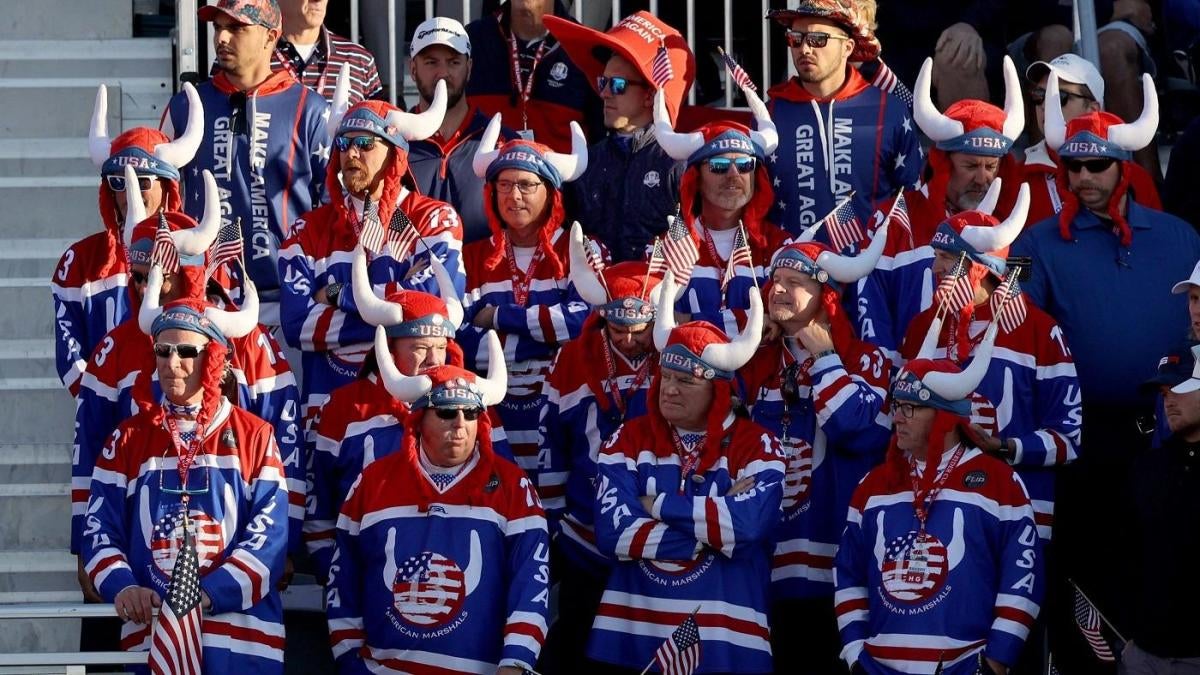 The 43rd Ryder Cup between the US and Europe kicked off on Friday and, as usual, fans brought intense passion with matching outfits. American fans flooded the Whistling Strait with red, white and blue while Europeans wore their fair share of blue and yellow to represent the continent’s flag.

A fan disguised as former US President Abraham Lincoln while another wore a Brooklyn Dodgers Jackie Robinson uniform, two nods to the tournament’s return to America for the first time since 2016. The Americans’ victory in this Ryder Cup is their only victory in the last five meetings with the Europeans. Another fan keen to show off his American pride wore a mask of a bald eagle, the country’s national bird.

The American Marshals, a fan group created during the 2008 Ryder Cup at Valhalla Golf Club, wore red, white and blue Viking outfits to honor the location of their first tournament. According to the marshals website, they’ve been wearing American-inspired Viking outfits to every Ryder Cup since 2008.

On the European side, some fans dressed in yellow and blue overalls that looked straight out of a Super Mario game. Americans responded with star and stripe tracksuits, cowboy hats, and temporary American flag tattoos on their faces.

Ryder Cup fans have long brought silliness and fun to planning their outfit for the tournament, and players have started to do the same. On Thursday, Rory McIlroy and his European teammates wore plastic cheese heads to appease the litany of Wisconsin fans – most of whom they suspect are also Green Bay Packers fans – at Whistling Straits.

This might be a good strategy considering how powerful the American fans are.

The Ryder Cup takes place Friday through Sunday at the Whistling Straits Golf Course in Kohler, Wisc. Fans can watch on Golf Channel and NBC or stream on fuboTV (try for free) and RyderCup.com

The Ryder Cup is on and the team supplied equipment is now available. Get jackets, polos, hats, hoodies and more to support your team. Buy here.

We may receive a commission for purchases made through these links.

Trump lies and costly investigations plagued Arizona for a decade