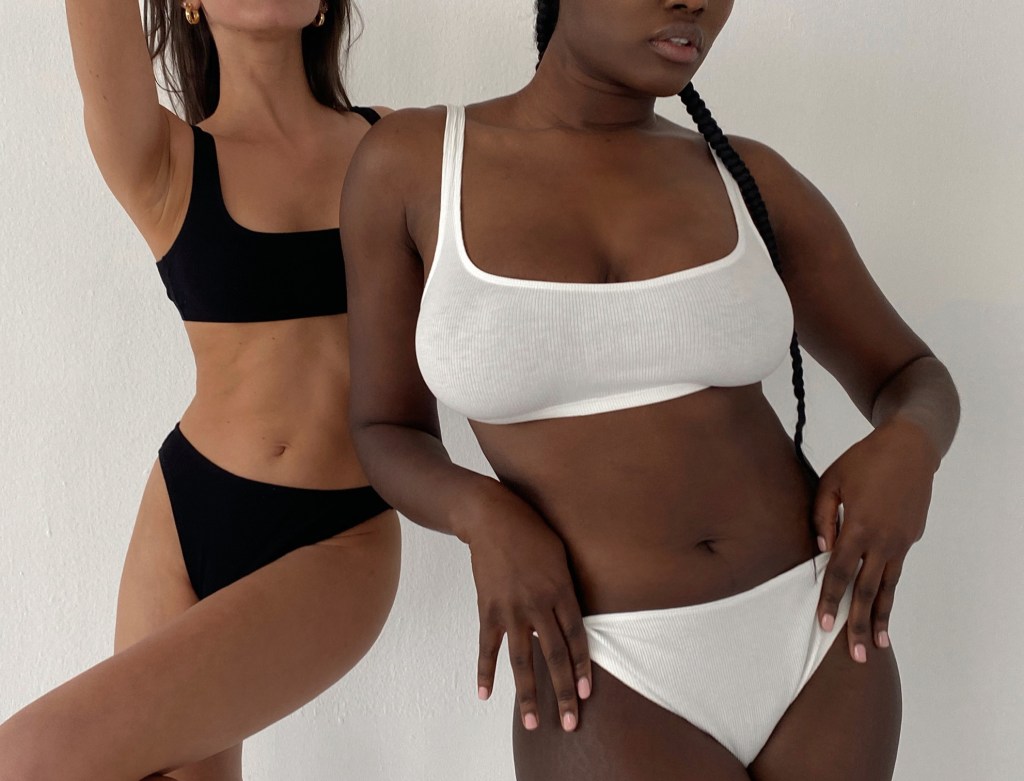 Just in time for Valentine’s Day, The fashion designer’s We Wore What brand is launching underwear, which includes lingerie, nightwear and a selection of sleep accessories in multiple colorways.

“It really is a natural progression for the We Wore What brand and it’s a category that I’ve always been excited to create,” said Bernstein, Founder and main designer of the e-commerce site, says WWD. “It has always been difficult for me to find high quality lingerie at an affordable price, especially [pieces] that emphasize a comfortable fit and are also flattering. So that’s exactly what you’ll see in this new category.

The 12-piece lingerie, which will launch on February 1, includes bras, bralettes, underwear, lace rompers, t-shirts and a selection of nightwear. Consumers can purchase the collection on We Wore What’s e-commerce, as well as select retailers, including Revolve, LuisaViaRoma and a handful of independent boutiques. Prices range from $15 to $98 for each piece and are available in sizes XS to XL.

Additionally, the brand is launching an assortment of eight pieces of silk lingerie — think silk bralettes, rompers, robes, camisoles, sleepwear and sleep accessories — available exclusively on e-commerce from the brand. The silk collection is also available in sizes XS to XL and costs less than $300.

Bernstein added that the collection’s selection of underwired bras are unique in that they won’t come in traditional cup bra sizes, but instead rely on measurements XS to XL. “Because of the elasticity of the fabric and the adjustability of the pieces,” she explained. “It is adjustable in the back and in the straps and thanks to this we are able to achieve a better range of sizes, which simplifies the buying process for our customers. You know not everyone is just a 32B [for example]. So you can really have a range of sizes to suit you.

“And our first collection of intimates has these beautiful, understated, neutral colors and all the beautiful colors in which it shows up really well on all bodies and skin types,” Bernstein continued. “It’s an incredibly soft fabric; it’s soft as butter. It was a top priority with this new category.

The need for loungewear and sleepwear has been a hot button in the fashion world throughout the pandemic, even as in-person events and back-to-office orders continue to change daily. In fact, Bernstein said she’s completely out of phase with the possibility that demand for lingerie will start to dwindle as the pandemic (hopefully) ends.

“People are starting to shop again; it’s kind of across the board,” she said. “We’ve seen swimwear remain a best-seller [on Weworewhat.com] as people start to travel a lot again, as well as anything occasional. Our feather dress, which was part of the holiday collection, sold out within minutes of our previous launch. But even though we’ve seen an increase in second-hand outfits, we’re still seeing our loungewear sell out. And the sportswear has been great.

Bernstein, a New York native, started her career over a decade ago as a fashion influencer, amassing 2.8 million Instagram followers. Several successful collaborations — with names like Joe’s Jeans and Onia swimwear — propelled her to create the We Wore What brand. In February 2020, the designer launched a ready-to-wear capsule collection sold exclusively at Macy’s. Bernstein amicably ended partnership with Macy’s in March 2021, bringing her rtw clothes to the We Wore What platform.

Today, the We Wore What brand includes rtw, swimwear, activewear and accessories, in addition to the new assortment of loungewear, all available at weworewhat.com, as well as third-party retailers like Anthropologie, Shopbop, Bandier, Nordstrom, Saks Fifth Avenue, Carbon38, Kith, Intermix and more.

Bernstein did not elaborate on We Wore What’s total revenue, which includes e-commerce and wholesale businesses, but said it has grown nearly 200% over the past year. This is on top of online store sales which have increased by around 300% between 2019 and 2020.

“So we were very lucky to be able to expand,” she said.

Additionally, the We Wore What rtw collection at Macy’s topped $13 million in revenue during its year at the department store. These days, each new collection brings in an average of $1 million per launch day, often sells out within hours, thanks in part to Bernstein’s social media savvy.

“With the introduction of a new category, what really sets our brand apart is our focus on customer feedback first and foremost,” said the designer. “And I have such a direct line of communication with our clients that we are able to respond to their inquiries and feedback with each collection.”

A request from her fanbase was for physical We Wore What stores, which Bernstein said she was open to — someday.

“We don’t really think it’s necessary to take that leap yet. [yet],” she said. “But it’s definitely something that’s in the future for us.”

As a successful entrepreneur, Bernstein was able to help emerging creators and donate money to charity through We Gave What, the charitable arm of We Wore What, and a partnership with Showfields, the commercial space of New York. She is also an active investor. More recently, Bernstein became an investor for Grin, a creator management platform. In October, Grin closed a Series B funding round for $110 million.

“Just being able to use my expertise and knowledge to help technology companies and a hair supplement company called Wellbel and a CBD company called Highline Wellness, helping them with everything from their strategic marketing to their digital strategy, giving them strategic direction and being able to really lend a hand wherever I can has been really fun for the next stage of my career “, she said.

Despite her success, Bernstein has been embroiled in controversy over the past year and a half after a handful of independent designers accused her of copying designs, including face masks and swimwear. Bernstein denied all allegations.

“Those kinds of things come with the territory of my work and as long as I know what the truth is and my team and my followers support that, I think that’s all that really matters,” Bernstein said.

“There hasn’t really been anything new for a long time,” she added. “There were a lot of false accusations. And I shared the truth and that’s really all I can say about it.