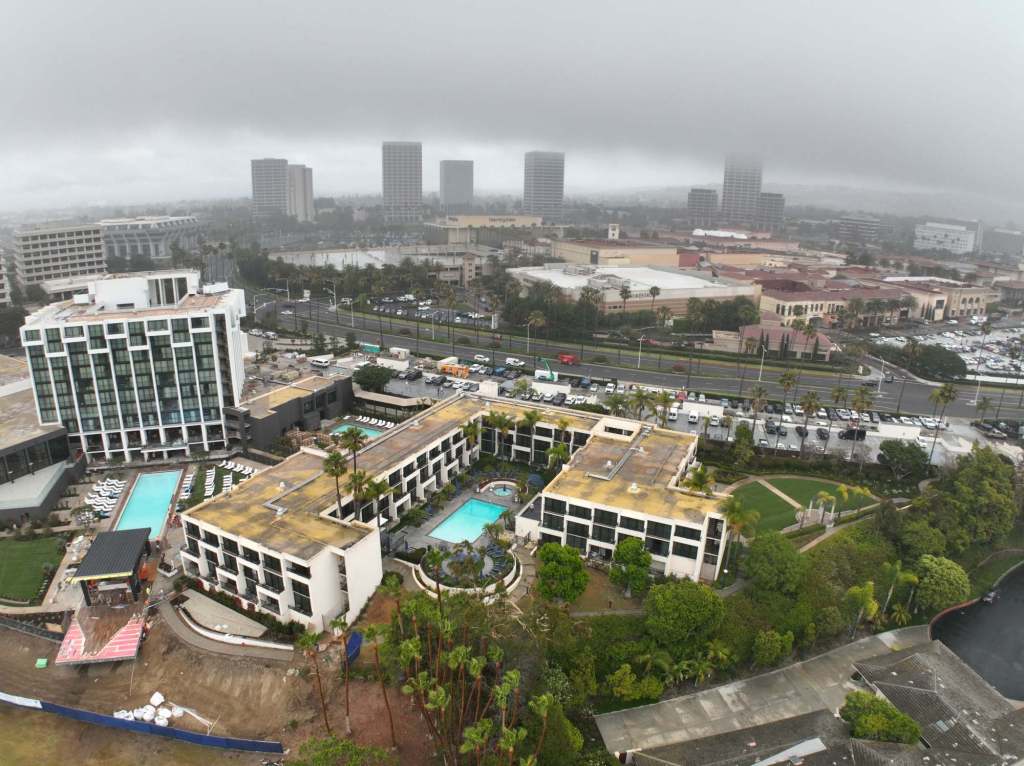 A new 22-story tower with Ritz-Carlton-branded private residences will soon be part of the Fashion Island landscape, with city officials and community members calling the project a ‘win-win’ for Newport Beach and developers .

The new 295-foot-tall tower replaces an older building at the nearly 10-acre VEA Newport Beach, A Marriott Resort and Spa property. The project, which will convert 159 hotel rooms into homes, is set to move forward after recently receiving unanimous backing from the Newport Beach Planning Commission.

Residents will be able to take advantage of hotel amenities for a full resort living experience, officials said. The hotel will end up with 373 hotel rooms.

The project is the first in the city to take advantage of a city council decision last year to allow hotels to convert rooms into private residences to help the city create needed housing and help industry hotel industry to be hit hard during the pandemic.

Developers must pay $100,000 for each hotel-branded residence, of which $65,000 is earmarked for future acquisition and construction of affordable housing in the city.

“It’s a triple win,” Planning Commissioner Erik Weigand said as he described the recently approved project. “A partnership already exists between VEA and the Ritz-Carlton, and it helps the already damaged hospitality industry. It will also bring more Transient Occupancy Tax (TOT), and hotel rates will increase as there are new rooms, a new bar, a new lobby and a new pool.

“It’s in an area that should have a luxury feel,” he said, “across from Fashion Island in Newport.”

The project will also add to the city’s housing stock, helping it meet a state-mandated goal of planning nearly 5,000 additional homes to meet the future needs of California’s population, he said.

“That’s why I call it a triple win for the city,” Weigand said. “What I loved about this project was that these guys just sat down with all the players and explained the benefits, which made the commissioners’ job easier.”

Nancy Scarbrough, a member of SPON, said on Friday that her group was in favor of the project because “there’s really nothing wrong with it”.

She said fees set aside can be leveraged by applying for county, state and federal grants and accepting private donations to do even more to meet affordable housing needs and housing goals set by the state.

“This type of partnership has not happened in the history of Newport Beach,” she said. “It’s a first.”

The hotel part has been under renovation for about six months and is almost complete with its first phase.

Among the new amenities will be a resort-style pool and spa with lounge seating, a gym, spa treatment rooms and a library. Outside there will be a private garden and walking paths.

A second phase, which should begin soon, will redo its conference center.

Demolition of the adjacent old building that will be the site of the new tower could take place by the end of the year, said Seimone Jurjis, the city’s director of community development.

To reduce barriers to housing creation, city leaders considered including mixed-density options and allowing hotels to convert rooms into residences.

The loss of tax revenue added to an overnight hotel stay was offset by the gain in property tax and the need to support more housing in the city.

“We looked at the hospitality industry and how it has suffered during COVID,” Jurjis said. “We decided that if a hotel wanted to convert 30% of its rooms, we would allow it.”

In a letter of support to the Planning Commission, longtime chief executive Debbie Snavely said the Ritz Carlton residences will benefit VEA and attract even more “spend-spending” visitors to the city.

“The new campus will make Newport Beach even more competitive in the luxury market and allow us to further differentiate ourselves from other luxury locations in Southern California,” she wrote.

Jurjis said the Marriott may just be the first to come up with conversion plans. City officials have spoken with properties considering mixing into residences.