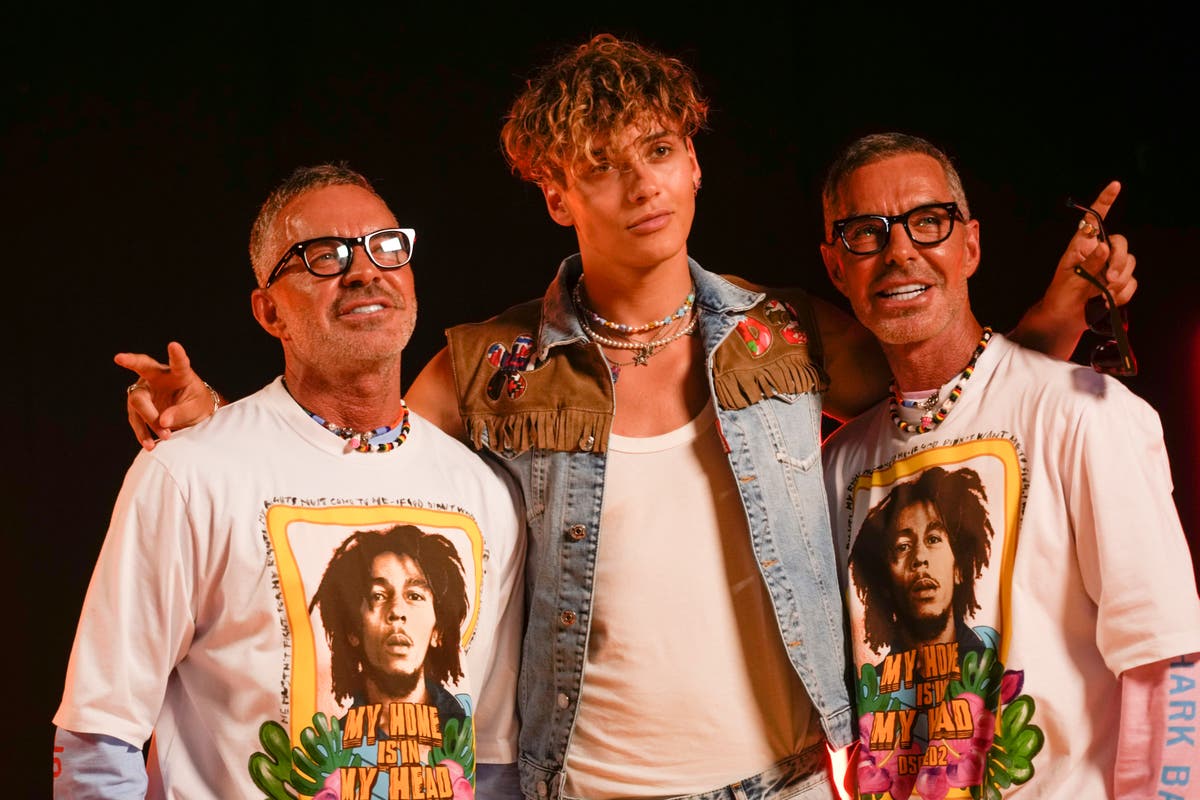 Caught between the pandemic and war in Europe, Milan’s luxury fashion designers opened four days of menswear previews for next spring and summer on Friday amid a tough economic climate.

Parades mostly returned to a live format with tight seating before the pandemic, but a long-awaited return to normal has again been delayed.

Russia’s invasion of Ukraine has pushed up energy and commodity prices, threatening a growth trajectory that saw revenues top pre-COVID levels in the first half of this year. Despite an uncertain outlook, the industry forecasts sales of 92 billion euros, an increase of 2% compared to pre-pandemic levels posted in 2019 and 10% compared to 2021.

Depending on where the margins fall, we stand to lose, said Carlo Capasa, president of Italy’s National Fashion Chamber, or CNMI.

Here are some highlights from Friday’s launch of a shortened fashion week of some 25 shows:

Waves come in seven and were at No. 3, Dean Caten said backstage after he and his twin brother Dan presented their latest collection for their Milan label, Dsquared2. We have all kinds of waves. We can have happy waves, I hope.

The Canadians showcased an optimistic outlook in their Spring/Summer 2023 collection, which drew inspiration from a Bob Marley mishmash of 1970s hippies and surfers.

The menswear collection left plenty of room for self-expression, from floral sarongs to linen pants, from studded leather jackets to neoprene tops, from loose and lightweight beach briefs to flowing anoraks. Suit jackets have found their way over baggy parachute pants. Patterns and colors clashed playfully, as soothing aqua azzurra was set off by neon salmon, transitioning to pastels.

It’s very powerful, very peaceful. I think in these times we just have to share the love. There are too many negative things around us. And the 1970s were peace and love, Dean said.

Looks were layered with beads, topped with knit beanies or wide-brimmed beach hats, while shoes ranged from chunky sandals with slouchy socks to colorful dockers and hiking boots.

In Dsquared2’s beach world, shirts are optional, as Italian Olympic sprinter Marcel Jacobs demonstrated in the front row with his tattoos peeking out from under a leather jacket. Backstage, he takes it off briefly to show off some of his latest tattoos: Mount Fuji and a Japanese temple on his left arm in honor of the Tokyo Games where he won gold.

Tomorrow I’m back in training and next week I’m off to (the) world championships,” said Jacobs, who is due to compete in Eugene, Ore., July 15-24.

The contrast between the quiet and exclusive nature of Milan Fashion Week and the exuberance of its first design week has never been more stark than this year.

The Milan Furniture Fair and the Fuori Salone side events that make up Design Week closed days before the opening of Fashion Week, with 400,000 visitors over six days.

Smaller Italian fashion brands that don’t usually show up during fashion week are now pushing to open it up to the general public, with side events similar to design week.

Let’s not waste this energy. Let’s make it fashionable. I really believe there could be a kind of Fuori Salone, call it what you want, said Gigliola Maule, president of the Milan Showroom Chamber of Commerce, which represents showrooms for small and medium brands. .

The proposal won the support of the city’s economic development manager, Alessia Cappello, who called for talks with fashion chamber CNMI to discuss the formats.