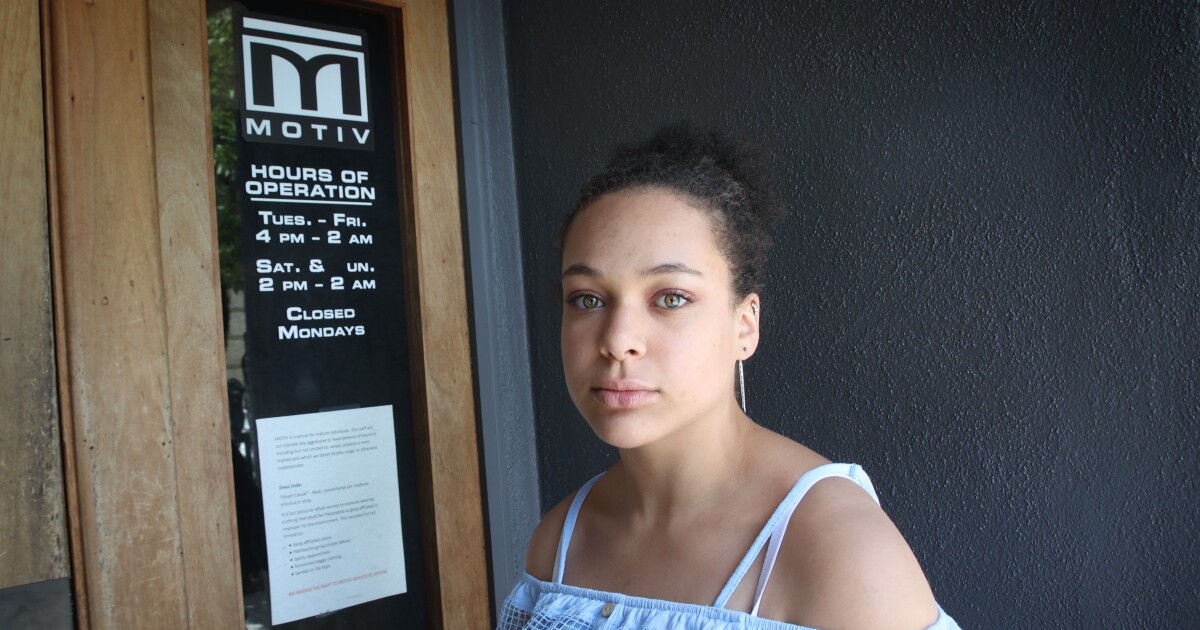 Do you have something to say? Lookout welcomes letters to the editor, as part of our policies, from readers. Guidelines here.

I stand out at UC Santa Cruz.

I also stand out in Santa Cruz County where African Americans make up 1.4% of the population. I became a Black Lives Matter activist and organizer in the summer of 2020 after watching the video of Derek Chauvin killing George Floyd. The murder made me physically ill.

It stirred something in me and I had to act.

I became the public face of several Black Lives Matter protests in Felton and Santa Cruz. I received death threats because of my activism. It was terrifying, especially since the police told me there was nothing they could do to help me. It was unfortunately not my first experience with racism in this community either.

I was adopted when I was 8, and I grew up in Felton which is 88% white so I’m used to being a minority. I love this community, but sometimes I feel uncomfortable, especially when I wear my hair, in an Afro.

I’m fair-skinned and can’t remember the last time I wore my hair out in public. I usually keep it in a neat bun or braids, because when I have all my big hair, people often look at me and ask intrusive questions like, why don’t you do something with it? or, How do you get those little curls?

Or they touch my hair without asking me. Sometimes I feel like a zoo animal.

People like to watch, even if they pretend not to, just because I’m out of this world.

Imagine my surprise when I recently went downtown and saw a dress code sign that to me is obviously discriminatory.

When I called to ask about the policy, the manager was rude and wouldn’t talk to me. An official also told a Lookout reporter recently that the dress code had been in place for some time, but was only enforced sporadically.

No visible tattoo. No gang-affiliated colors. (So ​​no red or blue, I guess?) No sportswear or hats. No loose clothing. No sandals or flip flops. It screams racist to me, even though that’s not the intention.

It’s also obviously ridiculous since everyone else in Santa Cruz has a visible tattoo and is wearing sandals and gym clothes (who hasn’t since the pandemic? Some leggings are over $100). Flip flops sometimes come with heels and many people wear red or blue.

Santa Cruz is a hippie beach town. Motiv is five minutes from the beach. Why is casualwear such a problem?

I called friends who have been going to Motiv for years to ask their opinion. They had some of the same questions as me. We wondered who decides what neat and conventional products look like. Who will get flagged for tattoos and who won’t? Who decides when to apply the policy?

The last line of dress code reads: We reserve the right to refuse service to anyone.

Hypothetically, imagine two men walking into the bar, one white and one black, both wearing red shirts with tattoos, shorts and sandals. Would they both be invited to leave? Does skin color play a role in the choice? What if we were Hispanic? Is a Hispanic man in red with tattoos more likely to be kicked out or denied service?

Also, why am I the only one noticing this? Why did a supposedly progressive community like Santa Cruz allow this policy to continue for a while?

Our community does not notice or call out its own latent racism. It makes me feel even more isolated.

I did some checking and learned of the chilling ways people have reported restaurant dress code racism over the past few years and the community’s reaction to it.

For example, in June 2020, a Restaurant Baltimore refused to serve a 9-year-old black boy because he was wearing athletic shorts, although a young white boy in similar clothing was served. Also in June 2020, a Detroit-area bar received backlash on its dress code which stipulated no ghetto gear. And in Buffalo in 2021, a pool club patrons outraged when he launched a policy banning ripped jeans, hoodies, flat-brimmed hats and women’s scarves.

Motiv didn’t get the memo?

I asked Vilashini Cooppan, professor of literature and critical race and ethnicity studies at UCSC, who teaches a course on how fashion intersects with race, ethnicity, gender and class, about dress codes. She told me how throughout history those in power have controlled fashion and used it to identify, monitor, oppress and single out others. We talked about how slaves were marked and coded by clothing, Mexican men wearing zoot suits in Los Angeles in the 1930s and 1940s, and punk rockers wearing Doc Martens and safety pins in the 1930s. 1980. We talked about queer fashion, hoodies and Trayvon Martin, baggy clothes, backwards baseball caps and rap.

TELL US WHAT YOU THINK

Make your voice heard with a letter to the editor

Share your thoughts by sending a letter to the editor. Email us at [email protected]. Please include your full name, address and phone number for verification purposes only. Letters must be 200 words or less. Please do not include personal attacks, inaccuracies or vulgarities. Learn more here.

Fashion, she told me, has long been used as a signifier of a subculture, but has also been used by the mainstream culture to target people.

That’s what I think politics does. It targets people like me.

some of the things [Motiv] lists that we know are associated with communities of color. It’s a non-subtle way of saying that we close our doors to certain people. That’s what the message communicates.

I looked for other local restaurants. Shadowbrook, one of the fanciest restaurants around and also near the beach, has a policy that no beachwear, loose fitting shorts, ragged jeans, tank tops, caps and flip flops in all locations. dining rooms. The restaurant allows beachwear and flip flops in its outdoor dining areas.

It’s better. Clearer. It could still be misused, but it’s not overtly racist, not overtly targeting clothing associated with specific people.

I still think all dress codes are ridiculous, pass. A part of the past that I’m happy about is basically gone.

I wish Motiv got the message. He should either drop his dress code or explain publicly how he enforces it.

Santa Cruz must not allow latent racism to persist.

Faith Brown has just completed her freshman year at UC Santa Cruz. She hopes to become a nurse. She organized Black Lives Matter protests in the summer of 2020.