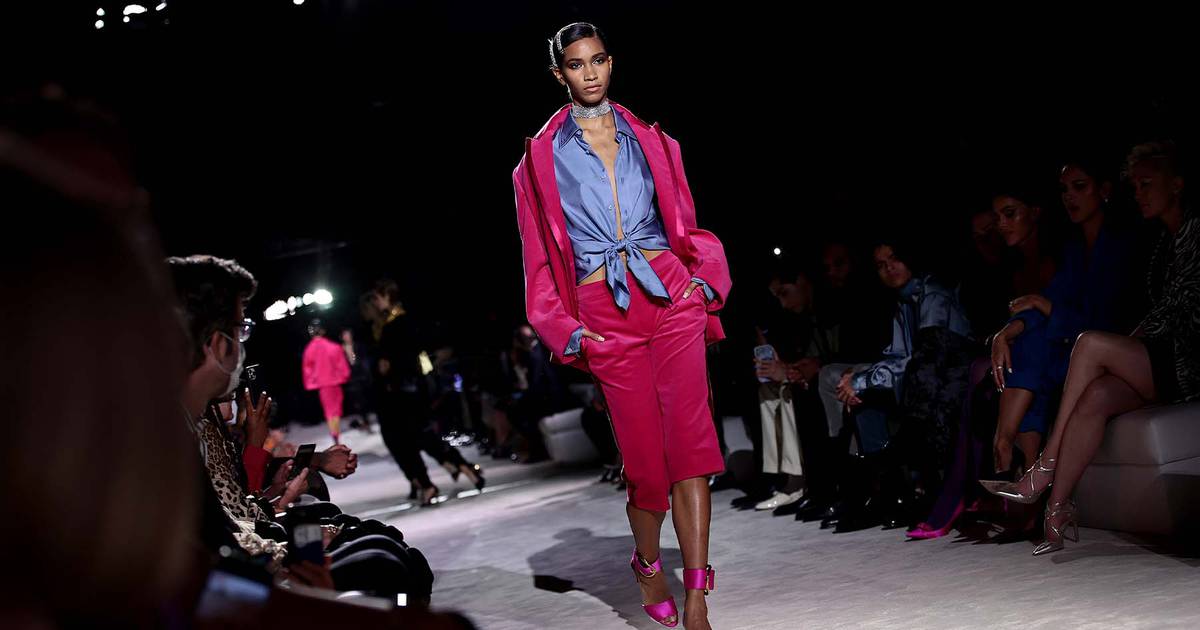 When news broke in July that Goldman Sachs was buying American luxury brand Tom Ford, insiders immediately began speculating who might be interested.

Since then, a potential favorite has emerged. This week the the wall street journal reported that Este Lauder Companies (ELC), the American beauty conglomerate with a current market cap of over $96 billion, is in talks to acquire the Los Angeles-based fashion brand at a $3 billion valuation or more.

The two companies declined to comment on the report, although a source told the WSJ that a deal has not yet been reached and other parties remain interested in the brand.

In some respects, ELC is the ideal buyer. It already has a license agreement to manufacture, market and distribute Tom Ford beauty products, including fragrances and cosmetics, which generate hundreds of millions of dollars in sales annually. Buying the brand outright could mean she no longer has to pay Ford’s licensing fees, increasing the profits attached to Tom Ford Beauty, which is at the higher end of prestige, a segment that continues to grow as luxury consumers move away from mass-market perfumes and cosmetics. .

It would also disrupt ELC’s acquisition strategy. The bets the group has made in recent years have yet to yield the kind of results it generated when it bought out MAC, Bobbi Brown and La Mer in the late 1990s and early 2000s. and these brands have become global juggernauts.

Hooking up Tom Ford would be a marriage of convenience on both sides: Ford gets a big payout from a partner he trusts; ELC gets more control over a brand it has played a vital role in building.

But would it really be as if nothing had happened?

Potentially. Fragrance and makeup sales are already a big part of Tom Ford’s business, along with eyewear and other licensing. Although fashion represents a significant share of more than 10% of annual turnover and an important marketing tool, it is not the main driver of business.

This is not unusual for beauty companies that operate fashion businesses. At Jean Paul Gaultier, owned by Puig, the clothes are pure marketing. L’Oral, which acquired Mugler in 2020, has certainly benefited from the success of designer Casey Cadwallader, but clothes remain second fiddle to Angel, its longtime best-selling fragrance.

However, an acquisition of Tom Ford would mark ELC’s first foray into fashion, something other beauty companies have struggled to pull off.

Spanish beauty group Puig has had more success with brands like Carolina Herrera and recently Dries Van Noten. But clothing is still not at the center of Puigs’ strategy. Instead, fashion helps strengthen and market the fragrance business. Carolina Herrera makes more than $1 billion a year in retail revenue, most of which comes from fragrances and a secondary apparel line produced under a licensing agreement. While Dries Van Noten, which was acquired in 2018, is primarily an apparel company, Puigs’ apparent goal is to turn its fragrance and beauty lines into something that will eventually replace apparel sales.

If ELC were to buy Tom Ford, it would likely take the approach that Puig took, which was to license the manufacture of the garments to another company. and run.

What’s unlikely is that ELC will enter the fashion market in a way that would try to take on LVMH and Kering, who dominate everything from supply chain to commercial real estate.

As for who else might be interested in Tom Ford, Zegna, which has held the license for Tom Ford suits for 16 years and will continue to produce some products when that agreement expires, probably can’t afford to. buy it all. Kering, too, feels overdone, given the history with the group, Ford and business partner Domenico De Sole. (After De Sole brokered a deal for Kering, then known as PPR, to buy Gucci, the pair led a group within the company that included Gucci, Yves Saint Laurent, Stella McCartney and eventually Alexander McQueen. , but left in 2003 after failing to agree on contract terms.) LVMH also has a history with Ford and De Sole: Bernard Arnault tried to buy Gucci in a creeping takeover that forced De Sole to negotiate the agreement with PPR.

Whoever owns Tom Ford, a decision will have to be made on how to grow the business further. Unlike competitors, which have stepped up direct retailing and accelerated e-commerce, Ford hasn’t opened any stores in recent years. The brand is more successful with men’s casualwear and accessories, but it’s still primarily known for its formal suits and eveningwear, categories that have picked up again post-pandemic but may never be as essential. than they used to be.

Ford may also want to take on other projects, like directing another movie, rather than devoting all of his time to the fashion industry. A good succession plan will be essential to the success of an ELC acquisition, no matter how involved it wants to be and for how long.

Report: Este Lauder in talks to acquire Tom Ford for $3 billion or more. The potential deal would mark a shift in strategy for the beauty conglomerate, which typically acquires pure beauty brands.

The Tods family will launch a $344 million bid to take the company private. The Della Valle brothers said in a statement that their holding company would pay $40 for every Tods Group share, valuing the company at $1.32 billion ($1.35 billion).

Amazon is starting same-day deliveries from Diesel and PacSun stores. The e-commerce giants’ latest push to make products available quickly will see it deliver items from physical stores in a dozen US cities.

Tiffany is launching a personalized jewelry program for CryptoPunk owners. Holders of the pixelated NFT characters will be able to purchase an NFTiff for around $50,000 which entitles them to a personalized pendant with their CryptoPunk.

Amazon says its global-warming carbon emissions increased by 18% in 2021. The world’s largest online retailer emitted 71.54 million metric tons of carbon dioxide equivalent last year, Amazon revealed Monday in an updated edition of its sustainability report. That’s an increase of around 40% since the company first disclosed the figure, with data from 2019.

The world’s second-largest garment exporter faces falling orders as power wanes. Bangladesh’s garment industry is facing an energy crisis in the country amid a slowdown in global demand that threatens to thwart the country’s pandemic recovery.

Walmart cuts 200 company jobs as costs and inventory weigh. The cuts include last-mile delivery and merchandising staff, people familiar with the matter told Bloomberg. Walmart will also add an undetermined number of jobs in areas including e-commerce, health and wellness, ad sales and supply chain, one of the people said.

Zalando shares jump as the online retailer sees stronger growth. The German retailer now expects improved profitability and a return to growth in the second half, according to a statement on Thursday.

McLaren will sell $450 sneakers with a push into streetwear. The automaker worked with footwear brand Athletic Propulsion Labs for its footwear debut. The limited-edition line, called HySpeed, offers sneakers in five colors infused with design cues from McLarens supercars.

Glossier is laying off 24 employees as part of a reorganization ahead of Sephora’s entry. The beauty brand will also add about 20 new employees in the second half, including at the management level, as it transitions to an omnichannel model with a leading retailer in stores in the United States and Canada.

Neiman Marcus appoints the president. Ryan Ross, former chairman of Williams Sonoma, will begin reporting to general manager Geoffroy van Raemdonk on August 15. In the newly created role, he will be responsible for strengthening the Neiman Marcus brand and customer experience.

Facebook to shut down live shopping, focus on Reels. Users will no longer be able to organize purchase events on the site, create product tags or playlists in videos starting October 1. Instead, Meta will focus on its short-form video product, Reels, citing changing viewer behaviors.