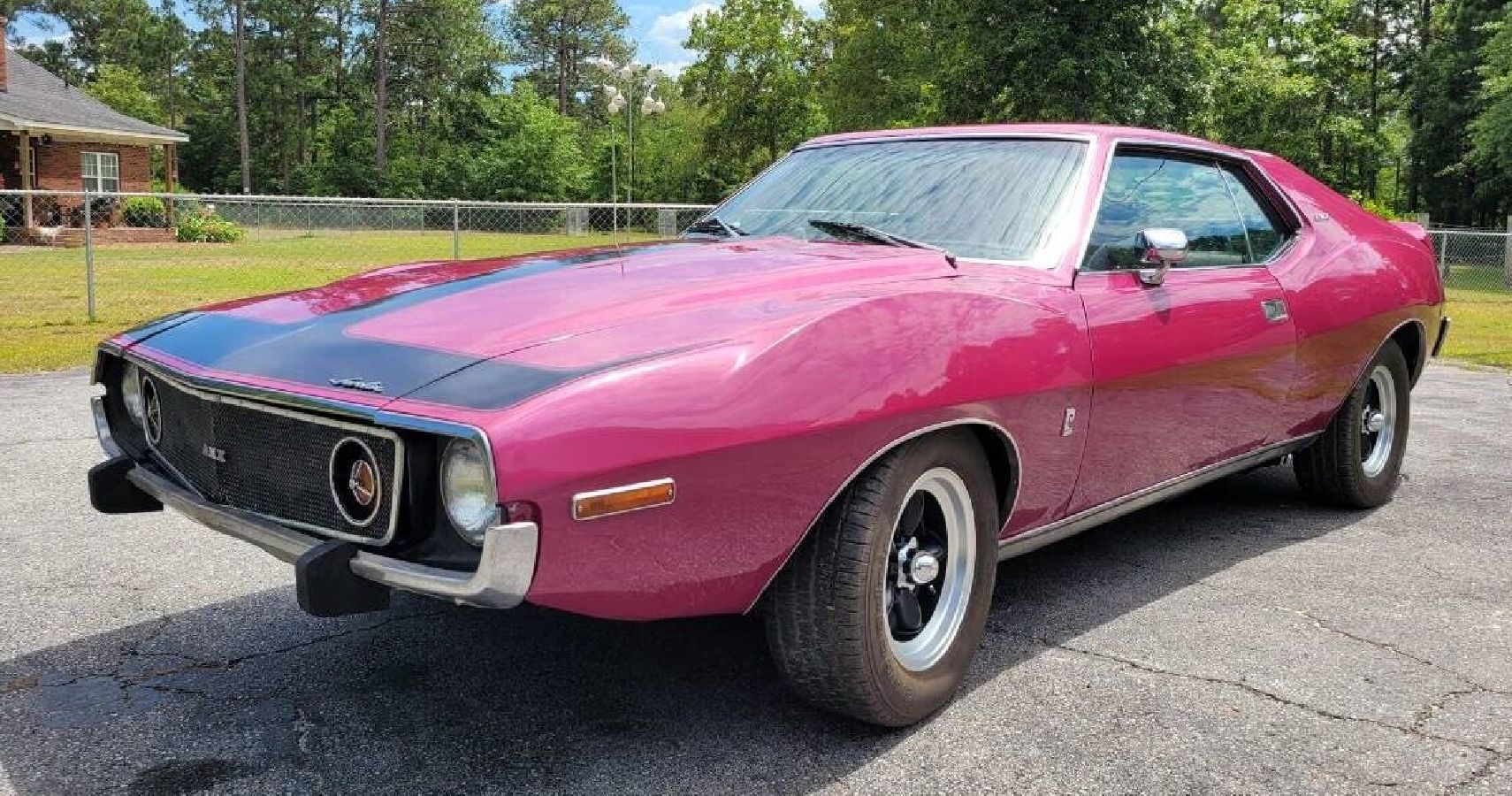 The AMC Javelin was American Motors Corporation’s answer to the pony wars of the 60s.

AMC produced the Javelin from 1968 to 1974, with the AMX model being its sportiest variant.

Despite being one of the real “muscle carsof its time and standing out in a hotly contested market, the Javelin nameplate is often overlooked.

After all, when was the last time you saw one on the road or at your local Cars and Coffee?

But that could all change now with this stunning 1973 AMC Javelin AMX listed for sale on Craigslist in West Columbia, South Carolina.

For around $22,000, you can park this classic American beauty right in your garage and hopefully take it out so others can share its charm.

Not only is this find special because it is a classic AMC Javelin muscle car, but it is just one of 2875 with Pierre Cardin’s unique interior.

This classic AMC Javelin AMX is ready to hit the road

On his Craigslist page, the owner has included a comprehensive list of his parts in an orderly fashion.

So, in other words, all AMC Javelin needs is a new owner to hit the road again.

RELATED: Here’s How Much A Classic AMC Javelin Is Worth Today

It is one of 3153 built with this configuration.

Even with its reduced compression ratios and emissions changes, the 1973 AMC 360 delivered a good amount of horsepower and torque.

Popping the hood of this stunner is sure to draw crowds at its next car show.

The engine bay looks like it could blind you with its shiny chrome and shiny new parts.

Being fashionable late has never looked so good

Whether you’re into fashion or not, it seems almost everyone has heard the name Pierre Cardin at one time or another.

After all, he is one of the most iconic avant-garde European fashion designers of all time.

And the Cardin Edition Javelin is arguably the most beloved of all the designer cars designed from the early classics.

The seller includes a photo of the VIN and claims that this car is the second plum-painted four-speed AMX Pierre Cardin 360 documented in the Pierre Cardin Javelin registry.

The interior is quite stunning with pleated upholstery stripes in white, orange and plum and matching headliner that gives off a somewhat psychedelic feel.

And surprisingly, the seats on this AMC have held up quite well and are still eye-catching despite some natural fading.

From the photos we see that the cabin also features the claimed original Hurst floor shifter which gives it that extra sporty appeal.

Whether this Pierre Cardin Special is your cup of tea or not, one thing is certain: this 1973 AMC Javelin AMX is definitely a collector’s item.