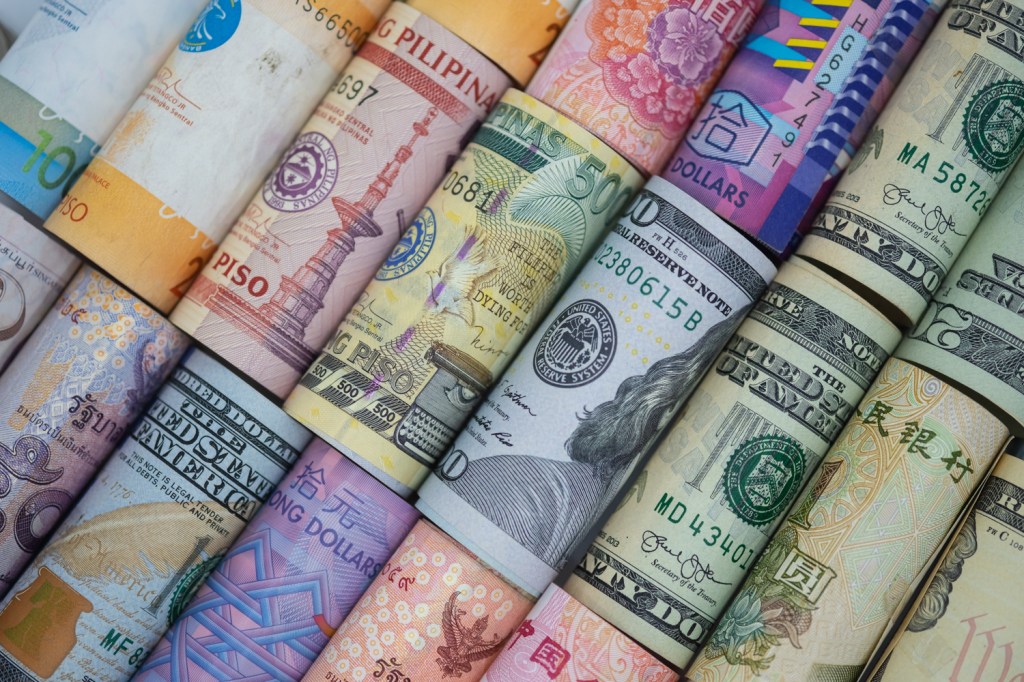 It might just be a better name for fashion’s CEO and CFOs, who navigate a world that’s not just complicated, but constantly on the move.

Consider the latest twist – the currency shifts that put the euro and the dollar on equal footing for the first time in 20 years – as another X-factor for an industry already grappling with a pandemic, the threat of recession , inflation, war in Ukraine and more.

“A lot of that is down to the Fed,” said Conference Board senior economist Erik Lundh, referring to the Federal Reserve, which is raising interest rates to cool an overheated economy. “Rates in the United States are rising and there are concerns about global economic weakness. As a result, a lot of money is flowing away to places where people feel safest to put their money. And often that’s in the United States itself.

And it’s still unclear how much interest rates will have to rise to cool the economy, which added 528,000 jobs higher than expected last month, finally recovering positions lost during the first part of the pandemic. .

Like so many other things, currency fluctuations are something that happens to businesses, not something they can control. Big players “hedge” against big moves, making multiple investments that will help offset the changes and mitigate some of the impact.

But predicting how the monetary landscape will change is an imperfect science.

“It’s a really hard thing to do,” Lundh said.

Businesses can get around the problem by using local currencies. Tarang Amin, CEO of Elf Beauty, for example, views the currency as a headwind, but sounded confident as he reviewed Q1 results.

“Because we buy in renminbi in China, it hasn’t had as big of an impact as in other businesses,” Amin said in an interview. “But we certainly carry those headwinds. They’re embedded in our outlook and that’s one of the things I’m proud of, that we’re able to grow our EBITDA [earnings before interest, taxes, depreciation and amortization] guidance of 12-14% even with these headwinds, which I think speaks to the strength and momentum we have.

Companies can also seek to strengthen local production, by buying and selling in the same currencies.

“We are absolutely seeing more interest in ‘local for local’ made products,” said consultant Brian Ehrig, a partner at Kearney’s consumer practice. “Things made in Europe for Europe, things made in or near the United States for America, in China it’s already happening.”

But, for now, the global giants are just going to have to pick up their pieces.

VF Corp., owner of The North Face and Supreme, saw nearly $100 million of its revenue for the quarter ended July 2 slip into currency translations. That turned what would have been a 7% gain in pre-currency revenue into a rise of just 3% to $2.3 billion. Walmart Inc. called the currency a headwind of $1 billion in the second quarter, with another hit of $1.8 billion in the second half.

On their own, these currency changes would be hard enough to bear, but by no means do they stand alone.

Andre Schulten, chief financial officer of personal care giant Procter & Gamble, told analysts last month: “The combined headwinds in year-over-year earnings from currency exchange, transportation costs, materials, fuel, energy and wage inflation are an even bigger challenge in the budget. ’23 than they were in fiscal ’22.

“Exchange rates have moved strongly against us,” Schulten said. “We now expect FX to be a $900 million after-tax headwind in FY23. It’s the fastest growing headwind… Interest rate differentials continue to widen. widen relative to the United States, so we expect the headwind could widen further.

Still, P&G Chairman and CEO Jon Moeller remains confident the company has the tools to navigate choppy waters. “I will repeat what I said on our April 2020 earnings call: the best response to the uncertainties and challenges we face is to double down on the integrated set of strategies that are performing very well. results. It won’t be easy. There will be bumps in the road, but we have the wallet, the superiority, the productivity and, in my not-so-humble opinion, the best organization in the world. We have everything we need. need.

But for every currency loser, there is also a currency winner.

For companies headquartered in Europe, the euro is relatively strong.

Reporting its results for the second quarter of 2022, Paris-based L’Oréal, the world’s largest beauty company, said consolidated sales amounted to 18.4 billion euros, up 20.9% on a reported basis, with exchange rates having a “strong positive impact of 7%.”

Currency swings in the market were large enough to prompt one analyst to ask LVMH executives on a conference call if this would produce some sort of gray market.

“We tend to take a kind of helicopter view of it,” Guiony said. “FX goes up and down. We’ve had good times, we’ve had bad times. You are correct that in some cases excessive price differentials would create a gray market. It’s not something we see much these days. So we’re not particularly worried.

“The index in the United States is a bit higher than what we’ve seen in the past,” he said. “It’s creating a bit of activity with US customers in Europe, which we haven’t seen in a very long time.

“Overall, I want to say that at the moment it’s not a big problem and it doesn’t call for urgent action,” he said. “We’ll see what happens…what currencies create currencies can undo and do fairly quickly. So we tend to look at it with a wait-and-see attitude.