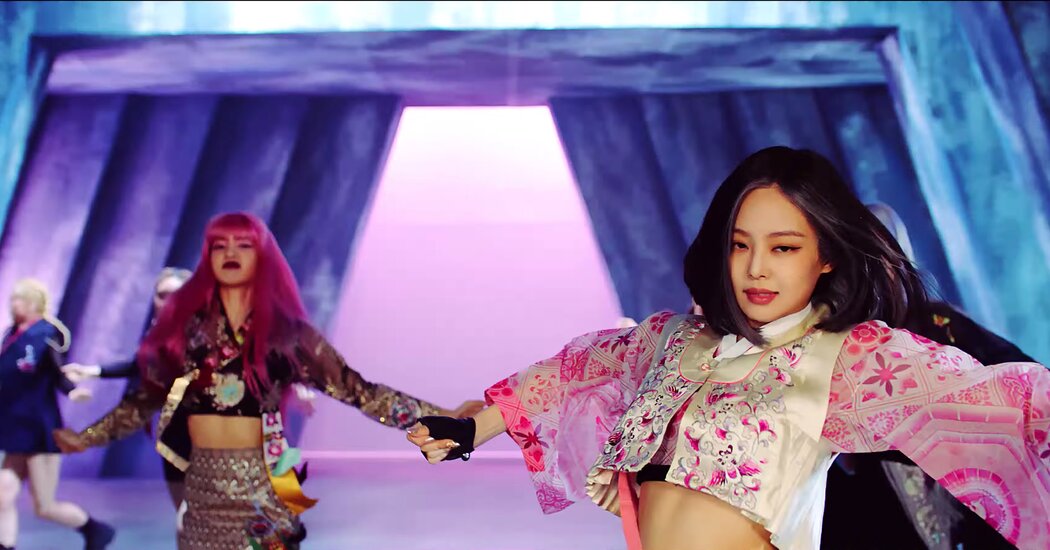 When K-pop group Blackpink released the music video for their song How You Like That in June, fans began to wonder about the band’s outfits, which looked both traditional and contemporary. Who was the creator of the Jennies pink cropped jacket they wanted to know, and what inspired the look?

In recent years, similar design concepts have been spotted on members of K-pop groups such as BTS, SHINee, and Exo. These are fresh versions of a centuries-old Korean dress form called hanbok. Scroll through the #hanbokstagram hashtag on Instagram and you’ll find thousands of posts with updated looks.

While a hanbok which usually consists of a jeogori (jacket), paired with a baji (pants) for men and a chima (skirt) for women is usually reserved for holidays and special occasions, contemporary designers have reinvented it. .

Some modern hanbok brands have been bolstered by K-pop stars who command dedicated stan armies. Kim Danha, of label Danha, said her brands site saw nearly 4,000 visitors per day after her jacket appeared on Jennie in the Blackpink video.

Leesle Hwang, the creator of the brand Leesle, saw his sales increase after BTS’s Jimin wore one of his hanbok sets to the 2018 Melon Music Awards in Seoul. It’s amazing how many people got to know Leesle through that one appearance, she said. Another brand, A Nothing, gained some 8,000 followers after Jungkook, another BTS member, wore his clothes.

The reason people got interested in hanboks, especially outside of Korea, is this growth soft power as demonstrated by K-pop, said Kan Ho-sup, professor of textile art and design. fashion design at Hongik University.

In Korea, the style dates back to the first century BC and was traditionally made from silk dyed in bright colors. (Before the advent of Western clothing in Korea, all clothing was just a hanbok; the word itself means Korean clothing.)

Ms. Kim has credited the late designer Lee Young-hee as the first designer to transcend the boundaries of hanbok design. At Paris Fashion Week in 1993, the designer sent off-the-shoulder models to the catwalk wearing hanboks without jeogori.

Around the same time, stylist Suh Younghee became interested in hanbok because she believed it might counter the industry’s obsession with Western labels. She started playing with hanbok conventions at Vogue Korea, where she worked. In the February 2006 issue, she styled jokduri (traditional crowns) on models with vibrantly dyed hair, an image that defies any conventionality the garment might convey. In 2014, she helped start the Hanbok Advancement Center, which runs hanbok education programs and funds related events.

In the early 2000s, designer Kim Young-Jin began rethinking the tradition of styles while studying with Park Sun-young, a master of Hanbok sewing. Ms Kim discovered a type of traditional military uniform worn by men in the Joseon Dynasty (1392-1897) called Sheolik, and recreated it as a midi-length wrap dress with a V-neck, cut to fit in the female form. . Just because something is inspired by the past doesn’t mean there’s no creativity, she says.

When the images of the garment began to circulate, other brands began to create similar looks. Ms. Suh, who often collaborates with Ms. Kim on high-end fashion photoshoots, called the number of copies unsettling. I’m not saying this because we were close, but the Tchai Kims Cheolik monoblock marked a new era of hanbok design, Ms. Suh said.

After experimenting with leftover textiles in her parents’ bedding and curtain shop, Ms. Hwang, from Leesle, began selling her pieces online and eventually started Sonjjang, a hanbok line focused on what she called modified hanboks, with lace and ruffles, cropped sleeves and skirt lines.

When Ms. Hwang first started thinking about making hanboks for everyday use, she turned to the Internet. The majority of mainstream hanbok stores were, and still are, reluctant to move away from the expensive bespoke designs of the ’70s, but online communities devoted to hanbok subcultures were already discussing what changes they wanted in the clothing from the mid-2000s.

Taking their feedback into account, Ms. Hwang founded Leesle in 2014, selling easy-to-wash hanboks. Their clothes are available from very small to large, unlike many companies that only offer one size. I don’t want to be exclusive, Ms. Hwang said. Bigger people. Older people. Thin people. His clothes are also more modestly priced than their silk ancestors, at less than $ 200 each.

It is still rare to see people in the modern hanbok, Ms. Hwang said. And while it doesn’t need to be worn all the time, it can become a staple like a white t-shirt or black pants.

Kim Danha said she hopes those who come across her brand will appreciate Danhas’ environmental ethics. The label emphasizes sustainability; 30 to 50% of its fabrics are made from recycled polyester or organic cotton.

Durability and traditional Korean design go well together because compared to Western shapes, original hanbok designs produce less waste, she said. The straight lines of hanboks, she says, waste less fabric than, say, the rounded collar of a T-shirt.

She cited the worsening air pollution in South Korea as a motivation for her interest in environmental issues.

However, the so-called slow mode is a tough business, she said. Upcycling discarded wedding dresses is a lot of work and everything, even printing on fabric, costs more when you go the green route, she said. So, although she tries to maintain this model, the most important thing for her is to honor the hanbok and give it a place in the future.