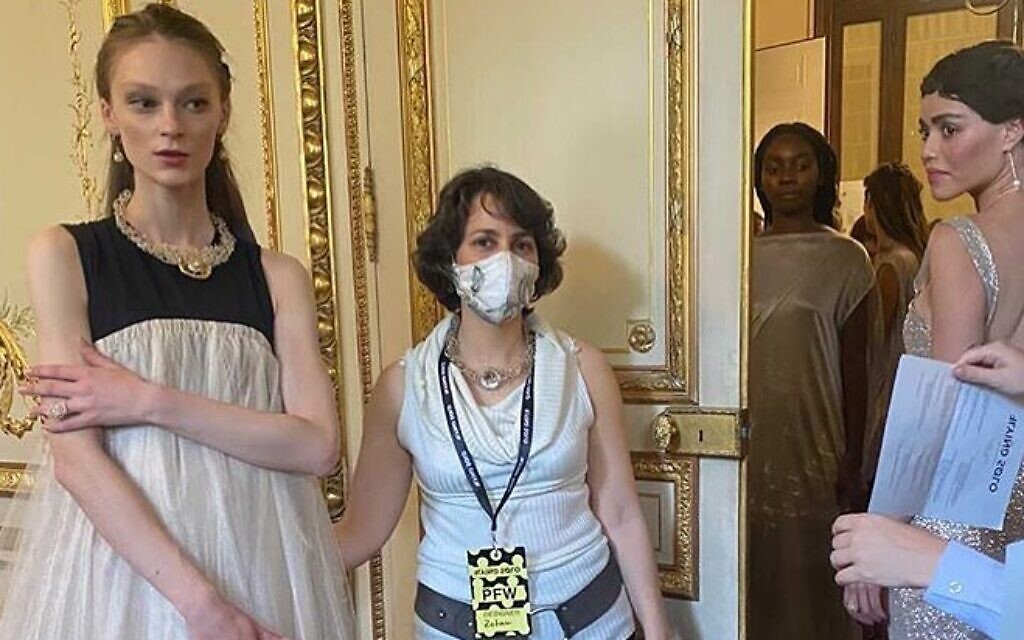 “On my last day of quarantine, I think about travel. For a number of years I was in so much darkness and I was so sick, so sick and in a way now there is a lot of disease in the world because of COVID. During my trip I had to overcome a lot and really find a feeling of joy. I had to do the same now within COVID… A lot of people suffer from illnesses, but for me it was a transformation, ”testifies Australian jewelry designer Zohar Edelshtein Budde.

After battling postpartum depression following the birth of her daughter and son, connecting to a spiritual force through creative expression set Zohar on the path to recovery.

“When my son was born I was sick for four years and it was a profound process to overcome it and come out of it in a whole new way, like a rebirth. That’s when I connected to creativity, ”she says.

Zohar began to read the Hebrew Scriptures, incorporating enlightening aspects of the Jewish texts, including the commandment “Love their neighbor as yourself” into her jewelry.

“One cannot love others until they love themselves, but not because of the selfish nature of self-esteem, but rather because of the altruistic nature of being in a state of love, which is actually the inner connection with God, ”she said.

“Once that connection is there, love for others is something that flows very naturally.”

Evolving from a place of fear, sickness, grief or pain to a place of mercy, self-love and compassion is illuminated in his creations.

“We can’t change what happened to us, but we can work on how we see a situation, and whether we approach it with fear or grace.”

Beyond individual experience, Zohar captures a soul-like interconnection in Radiant.

Originally exhibited with a silver bead in Israel’s mystical center of Tzfat, Zohar later added a gold bead, the two together giving rise to a “discussion between souls and being together in” Love Thy neighbor like yourself ””.

For Zohar, the beads symbolize the seat of the soul and the threads are the neural connections of our body and mind.

“While I am doing the wiring work, an internal process occurs whereby grace, mercy, and care flow into the difficult memories, actions, feelings, and thoughts that surface.” 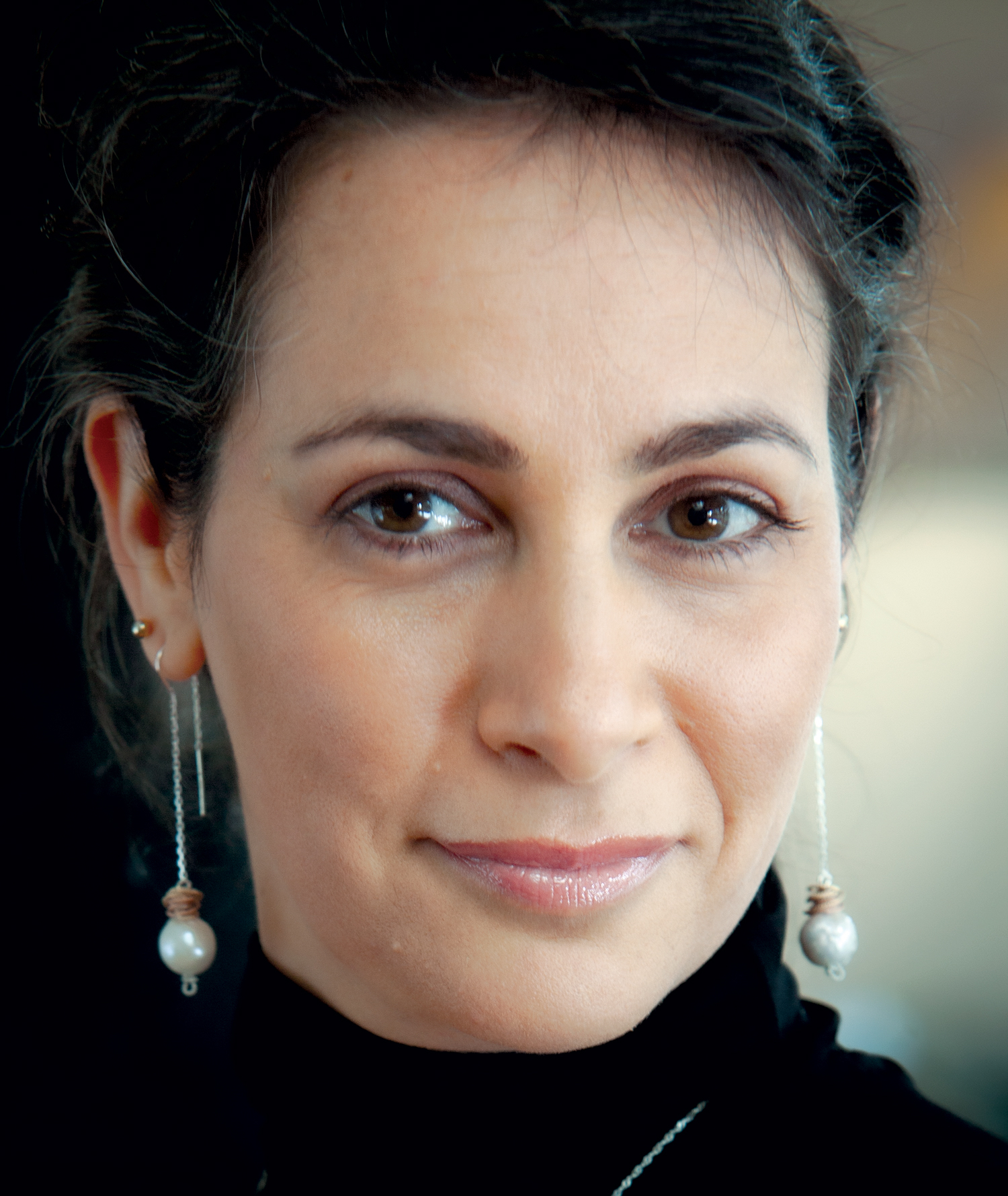 Seduced by the magnificence of the body’s bio-mechanisms, Zohar’s sense of spirituality was born from this wonder.

She recalls how her curiosity for spirituality was ignited during her master’s degree in environmental microbiology at the University of Jerusalem.

“It became clear to me that there must be something governing this incredible creation,” Zohar said.

Dissatisfied with life in Israel, Zohar was drawn to meditation and in 2004 traveled to India, where she stayed for two years.

“Meditation helps calm the mind and focus… If you think of a vessel, you make sure that the vessel is kept open and clean so that the light can shine. I have done a lot of meditation in India, but for me spirituality is not meditation itself. Spirituality is life itself, it is how you connect with people and how you live within yourself.

On her return trip to Israel, Zohar planned to spend a few days in Sydney to visit her sister.

A short layover turned into 15 years when, three days after her visit, Zohar met Ravian, whom she would soon marry.

Since 2013, they have made their home in the Blue Mountains, navigating life’s joys and challenges together, including the devastating bushfires that ravaged the region late last year.

At this time, much of Zohar’s equipment was lost and his work plans were canceled.

Although disappointed and without direction, the period also marked a “turning point”.

“I was sitting in my studio, very frustrated, then I went on Instagram and saw a post that said, ‘Looking for designers, apply here.’ I was like, “Okay, I’ll apply.

“I didn’t really look at what I was applying for because if I had, I probably wouldn’t have had the guts. I applied and forgot about it and a few weeks later received an email asking if I had any runway experience. I said, ‘No, but I can learn quickly.’ “ 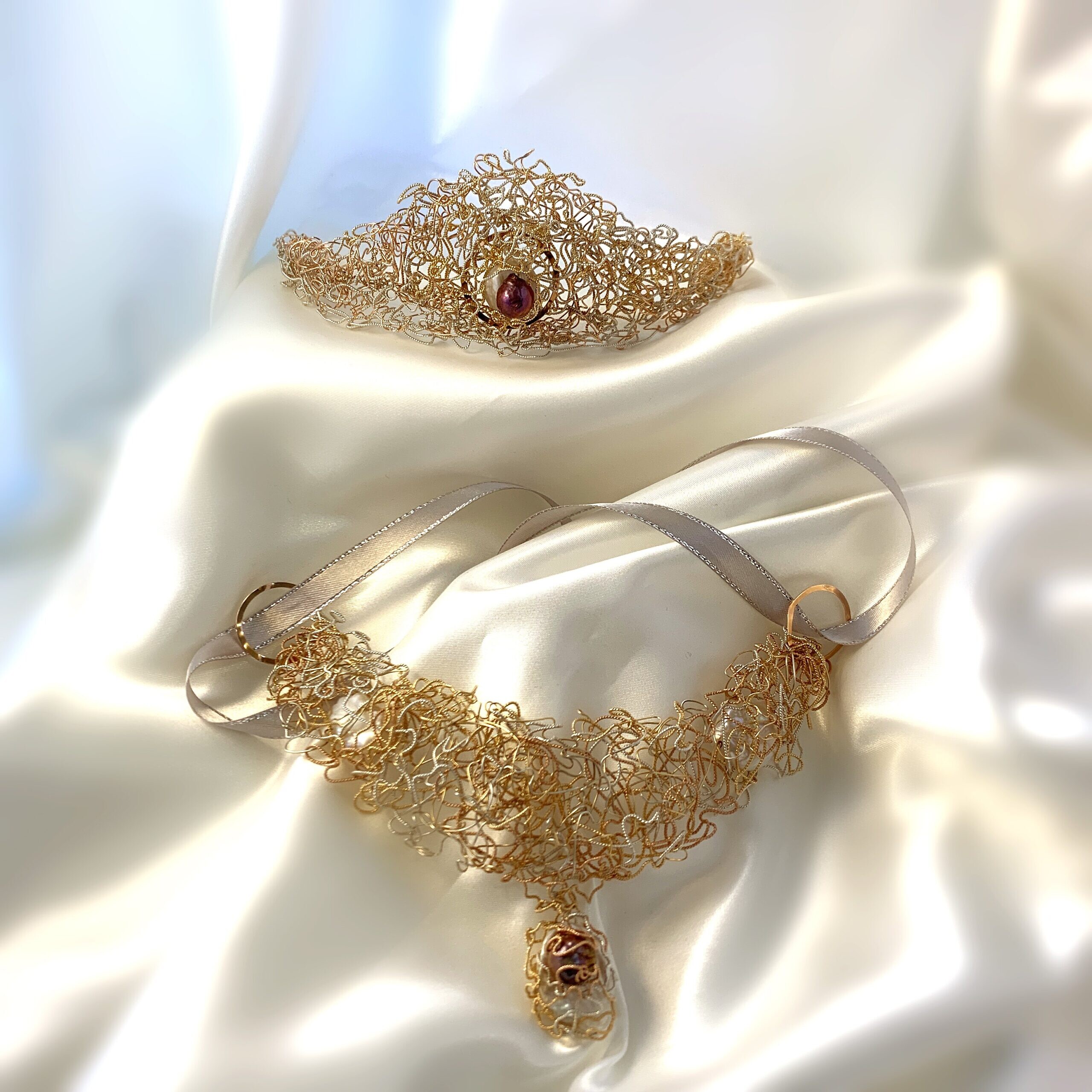 An Australian, Belgian, Brazilian and British designer was among many international artists who flew to France and gathered under one roof for Paris Fashion Week in September.

With 14,000 new COVID-19 cases in France per day, the once vibrant European city was devoid of its usual hustle and bustle.

But in a year of great upheaval, Paris remains an epicenter of fashion and haute couture, attracting artists from all over the world for its internationally renowned fashion week where Zohar showcased her magnificent creations.

Leaving the relative safety of Australia and traveling the world to showcase her jewelry collection at the Flying Solo parade on the Paris catwalks was a frightening prospect, but an unprecedented opportunity that Zohar could not pass up.

“When I left, there were 14,000 new cases a day in France, and leaving Australian security was scary. I knew it wasn’t guaranteed when I came back, so I left my kids and my husband behind, but eventually I went with my gut and decided to go, ”Zohar says.

“What really helped me make my decision to leave was the fact that everyone I asked for advice told me to leave… It showed me the highest truth for this. decision.

“It was an epic journey, but it all happened like magic.”

During her week in Paris, Zohar was never maskless, avoided all restaurants and cafes and avoided seeing COVID case numbers.

Although full of fear, the day of the show, she remembers waking up “a new person… I was really happy. I loved the show ”. 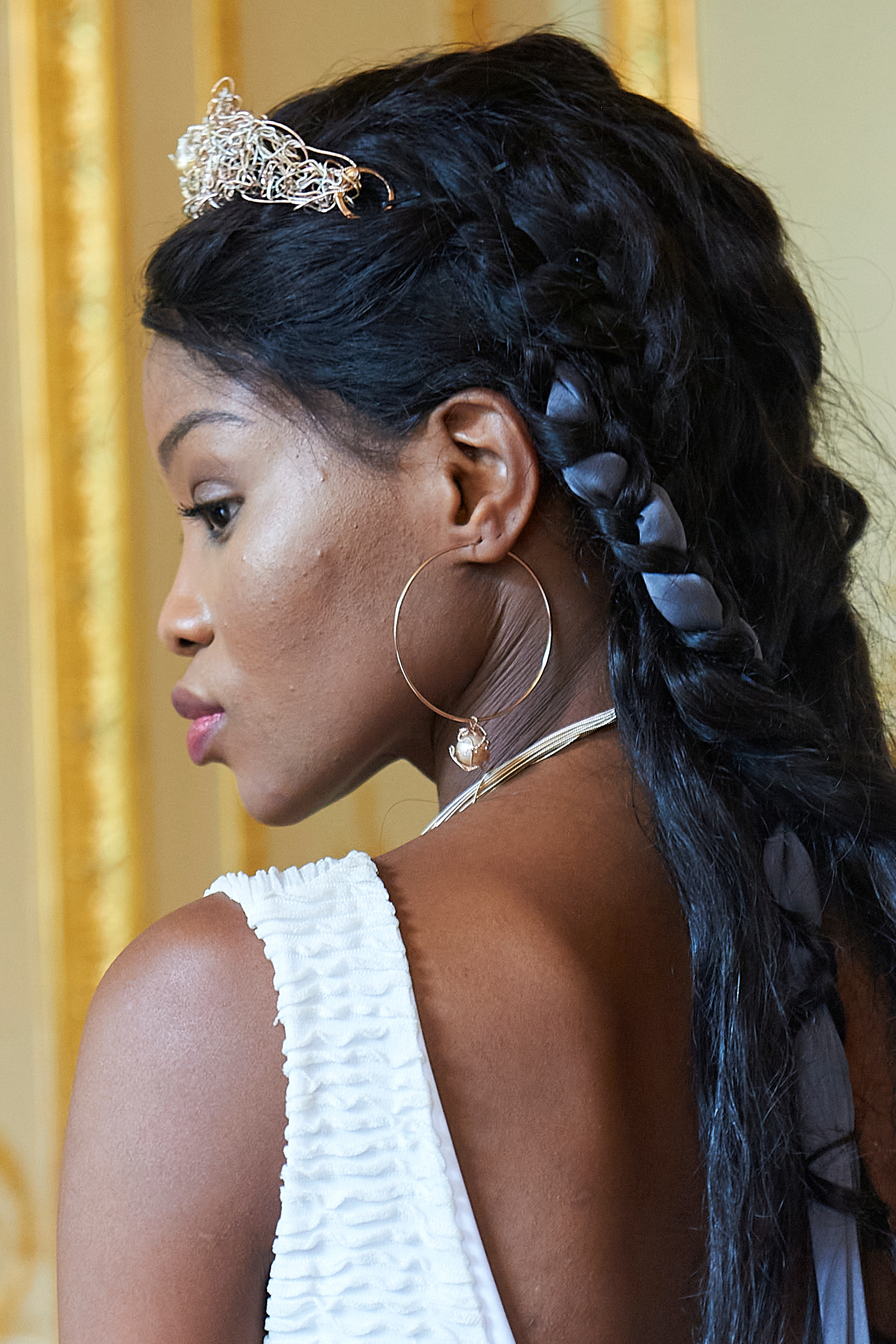 THE transformation of fear into joy could be distilled into a single helmet.

Insight Initially, a bracelet that was rewired into a necklace was created in the run-up to Paris Fashion Week, but Zohar remembers feeling frustrated and stuck.

“I thought it was going in the trash and a week later I came back to pick it up, went to a quiet place and started working on it, and suddenly it became a necklace ..” I put it on the mannequin and was amazed. “

Her artistic process was involved and emotionally draining, and thereafter Zohar’s creativity came to a standstill.

“It took so many things from me that I couldn’t create, and when I got back to the studio I had to face the fear that I could create again.

But her concern was allayed on the day of the fashion show.

Untangle and rewire one of his existing creations, Unite would become the room to shut down Flying Solo.

“I realized I could create this beauty, but I had to overcome the fear, and it was the same with the trip to Paris,” Zohar says.

“It was the transformation of fear into joy, I think it was the energy that went into the helmet the model was wearing that closed my show. 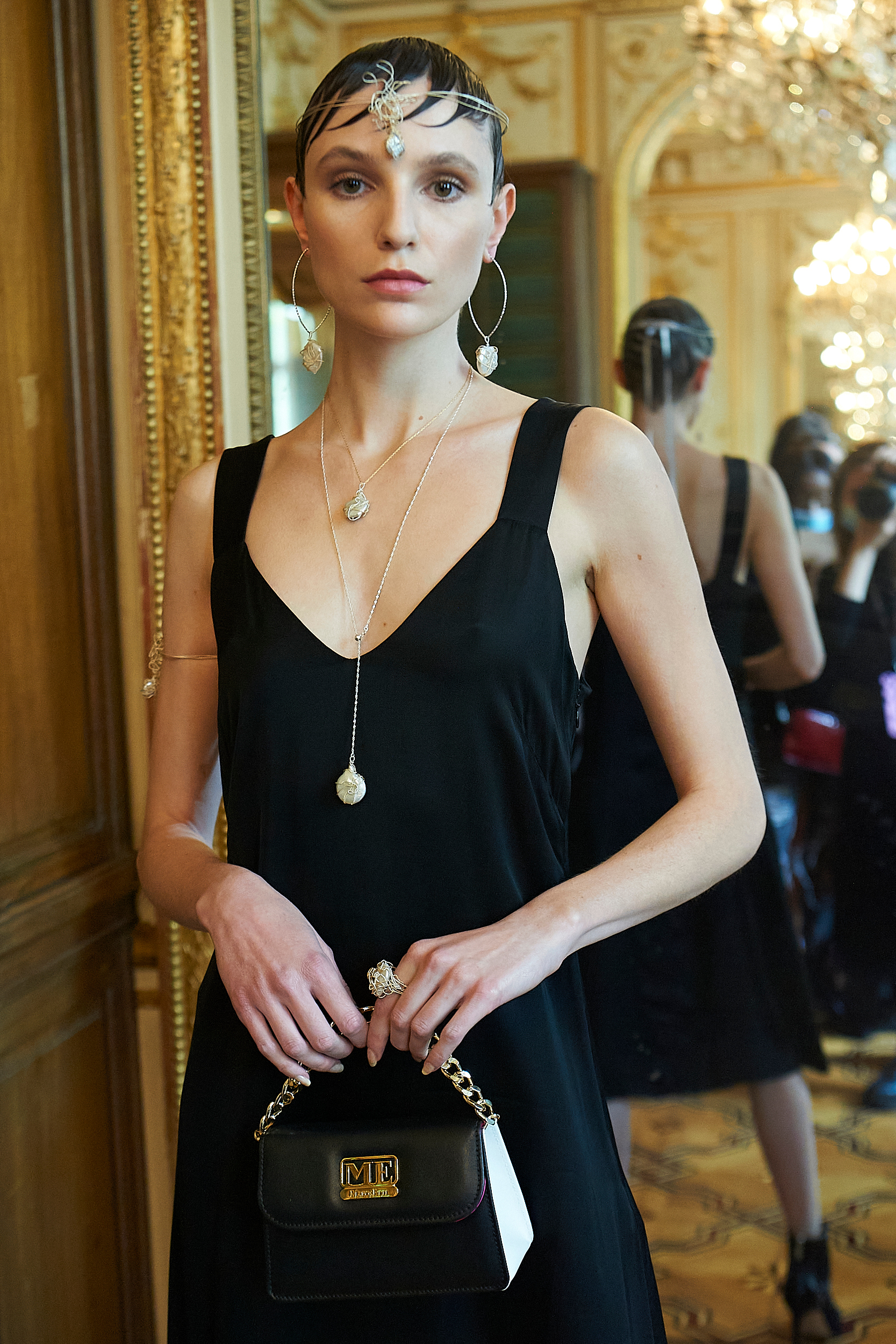 A range of Zohars jewelry was modeled at Paris Fashion Week. Photo: Alena_fsnv

A STEEP learning curve has opened doors to new opportunities.

During an exhibition at Paris Fashion Week, a series of evening wear caught Zohar’s attention.

Hoping to collaborate with Nudelmann for next year’s Australian Fashion Week in an upscale fashion event, Fabrics of Multicultural Australia (FOMA), Zohar comments: “It was amazing to find this talented young designer. .. There is a sense of cultural familiarity and her evening wear looks great. They are colorful and alive. “

Exhibiting at FOMA seems appropriate for Zohar, who seeks to convey a message of harmony.

“We have incredible beauty in us but because our ego forces us to focus on the differences it creates separation, wars, disease and this is what we experience, see and live,” comments Zohar.

“We are all one, we all have light within, and it is the same light, it doesn’t matter if you are black or white or Jewish or Muslim or Christian.