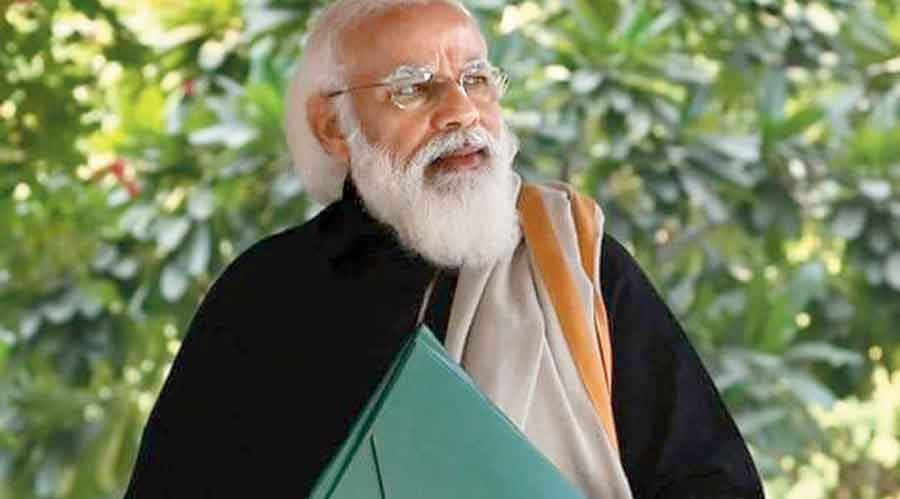 the pheranTraditional Kashmiri winter clothing seems to be too warm for some members of the government.

Hours after young IIT Jammu “proudly revealed” on Friday that his first group of graduate students would wear pherans and pakols (woolen hats) to give a nod to the art and culture of Jammu and Kashmir when it was first convened on Saturday, Jintendra Singh, cabinet minister to Prime Minister Narendra Modi and MP for Jammu, tweeted that “sensitivities” regarding the proposed dress had been conveyed to the director of the institute and he had agreed that “only” the “conventional convening dress” would be worn.

However, videos of the summons circulating on social media showed that teachers and students may have chosen a middle route – opting for a dress that appeared to be a cross between the Western summoning robe and the pheran.

Neither IIT Jammu Director Manoj Singh Gaur nor any other IIT official responded to calls from the Telegraph regarding the dress chosen by the institute for the summons.

At a press conference on Friday, IIT Jammu Governing Council Chairman Professor Sharad Kumar Saraf “proudly revealed” that the dress code for the convening ceremony “was inspired by art and the culture of Jammu and Kashmir. “Due to which” the traditional summoning robes have been replaced by pherans and pakols“.

Saraf said the idea behind the choice was “an ode to Jammu and Kashmir” and its culture.

the pheran, a long, loose-fitting garment that has a cut up top, is worn by both Muslims and Pandits of the Valley to combat the biting winter cold. Many in the Muslim-dominated Chenab Valley and Pir Panchal areas in Jammu also wear it. the Pakol is a woolen cap, which some people in Jammu say is of Afghan origin.

Hours after the press conference, PMO Minister Singh, who represents the Kathua-Udhampur-Doda parliamentary constituency in predominantly Hindu Jammu, tweeted: “Important! Sensitivities regarding the proposed attire for the Jammu IIT graduation ceremony have been conveyed to higher authorities. I just got a call from the Director of IIT Jammu, Professor Gaur, clarifying that it will only be a conventional summons robe, no other outfit or cap.

Singh did not mention the “Pheran” nor what he meant by “sensitivities”, but the decision of the IIT had been criticized by part of the population of Jammu, which opposed the wearing of a Kashmiri dress in “the land of the Dogras”, a reference to the Hindus of Jammu.

Many pointed out that Singh may not have received the memo because her boss, Prime Minister Narendra Modi, chose a dress resembling a pheran during a televised address to the people of Jammu and Kashmir at the launch of a health insurance scheme for residents of the Union territory a fortnight ago.

Others also said that the central government itself in 2018 asked universities across the country to replace the conventional summons dress with “traditional Indian clothing” in homage to Mahatma Gandhi.

“I can’t even tolerate a pheran and this government wants the Kashmiris to believe that it is looking for our feelings and our feelings. The PMO stepped in to change the dress code and that too just days after the PM addressed a function in Srinagar wearing a pheranOmar tweeted.

A positive COVID-19 test will reschedule the second ODI