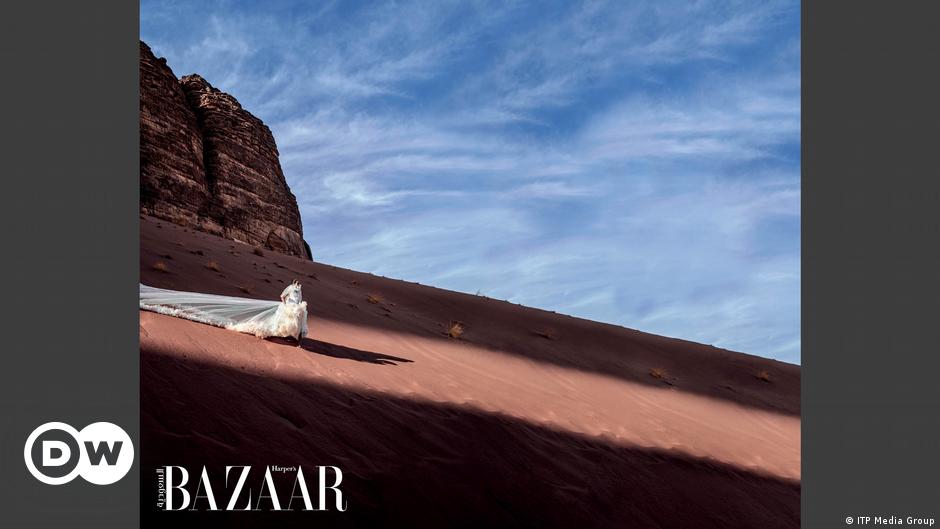 The print media landscape in Saudi Arabia has just been broadened with the publication of premium lifestyle magazines Harper’s Bazaar Saudi and Esquire Saudi. Permitting and promoting such brilliant ventures is the latest addition to Saudi Crown Prince Mohammed bin Salman’s “Vision 2030” strategy, a social, cultural and economic overhaul of the kingdom’s conservative rules.

“Fashion publishing has the potential to be a strong platform on which to tell the story of Saudi fashion talents and encourage cultural exchange,” said Princess Noura bint Faisal Al-Saud, senior member of Saudi Arabia’s Fashion Commission, in a statement. on the launch of new magazines. The Fashion Commission is one of 11 bodies that manage the growing Saudi cultural sector under the auspices of the Ministry of Culture.

Just last week, the ministry appointed Burak Cakmak to head the kingdom’s fashion commission. Cakmak, former dean of fashion at the Parsons School of Design in New York, has pledged to promote “Made in KSA” (Kingdom of Saudi Arabia) as a key player in the global fashion industry.

But he also noted that he was aware that at present there was not enough information available about the creativity that was coming out of the realm for the rest of the world.

Before March 2021, the Saudi magazine market was covered by Arabic editions, such as Harper’s Bazaar Arabia or Vogue Arabia. However, the new Saudi editions will feature local content written by Saudi writers. For this, publisher ITP Media Group in Dubai set up editorial offices in Riyadh and commissioned Saudi writers such as Alaa Balkhy, Lubna Hidayat Hussain and Marriam Mossalli and local contributors such as Hala Alharithy, Hayat Osamah, Latifa Bint Saad and Norah Al Amri. 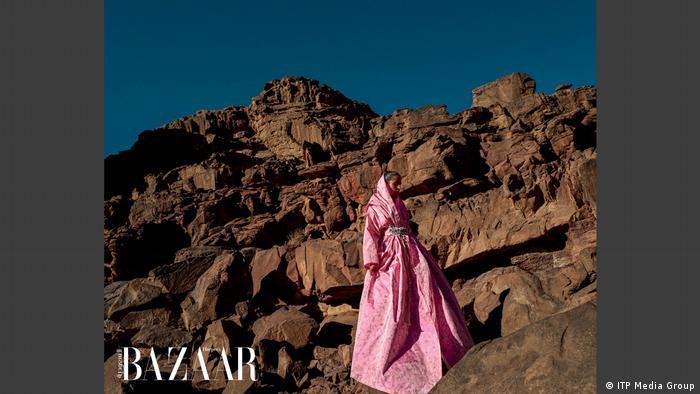 This edition is aimed specifically at the Saudi market, it is only distributed there in print form, curated for the particular tastes and aesthetics of the Saudi consumer and also showcases the emerging Saudi talents and landscapes, many of which never have before. been seen before, ”Olivia Phillipps, editor-in-chief, told DW.

The bilingual English and Arabic magazines will be published twice a year (Esquire Saudi) and four times a year (Harper’s Bazaar Saudi), reaching 100,000 copies in 2021.

One of the country’s fashion flagships and Harper’s Bazaar Saudi editor-in-chief Marriedam Mossalli has fought “stereotypes surrounding Saudi women” on Instagram, with her blog and as head of the only luxury consultancy firm from Saudi Arabia. She was the first Arab fashion expert to be invited to the White House by former first lady Michelle Obama.

“I started my own business 10 years ago and have witnessed the development of the country,” Mossalli told DW.

“For so long we have been learning and using fashion terminology in a different language,” Mossalli said and names the Greek-style dress “peplum” or “jumpsuit” as examples of words that have no Arabic equivalent. . “Now we can start to create a glossary, in Arabic.”

For Mossalli, that means harnessing the new freedom to shed more light on the local fashion market, attract more women to the workforce, and export Saudi fashion and culture.

Individual events suggest that the change is already underway. In January 2021, a haute couture fashion show showcased open and modernized abayas (normally fully closed black dresses that are typically worn by women) that allowed ankles and loose veils to be seen in front of a mixed audience at a private event in Riyadh. Open abayas and a mixed audience would have been unthinkable in the past.

So far, Saudi fashion designers have rarely been in the international spotlight. The exceptions are Mohammed Ashi with his party dresses, one of which was worn by American director Ava Duvernay at the 2017 Oscars, or Mohammed Khoja’s Hindamme brand, whose “June 24, 2018” jacket was acquired by the Victoria & Albert Museum in London for their permanent fashion collection. This date marks the day Saudi women were allowed to drive.

However, it was not until last February that Loujain al-Hathloul, one of the female activists who drove before the ban was lifted, was released after more than 1,000 days in prison. Other activists who protested against the ban are still being detained.

“Fashion weeks and brilliant leisure events are beautiful things the Saudi public should enjoy. But they should also enjoy human rights. While Saudi officials promote the former, they firmly refuse the Saudi people. This is unacceptable, “said Ahmed Benchemsi, HRW Director of Communications and Advocacy for the Middle East and North Africa, said DW.

He further criticized the fact that billions of dollars are deliberately spent on public relations efforts to “improve” Saudi Arabia’s image in the world. But this effort is also intended to distract the attention of the international community from the kingdom’s horrific human rights record. The toll includes the murder and dismemberment of journalist Jamal Khashoggi, in addition to the arbitrary arrests of several dissidents, torture, enforced disappearances and war crimes in Yemen. He concludes, “No amount of fashion shows can whitewash this abuse.”

It remains to be seen whether the new media will also include articles dealing with critical topics. The article “The Big Change: Lubna Hidayat Hussain Writing a Flawless Emotional and Honest Chronicle of Saudi Arabia’s Development” in the first edition seems to point to this path.

For now, it can be said that the new magazines have a huge potential market: according to the General Statistics Authority, the country with around 35 million inhabitants has one of the youngest populations with two-thirds under. 35 years old, and more than half of university graduates are women.

Los Angeles Angels star Shohei Ohtani’s two-way performance was a success, and there must be more of it