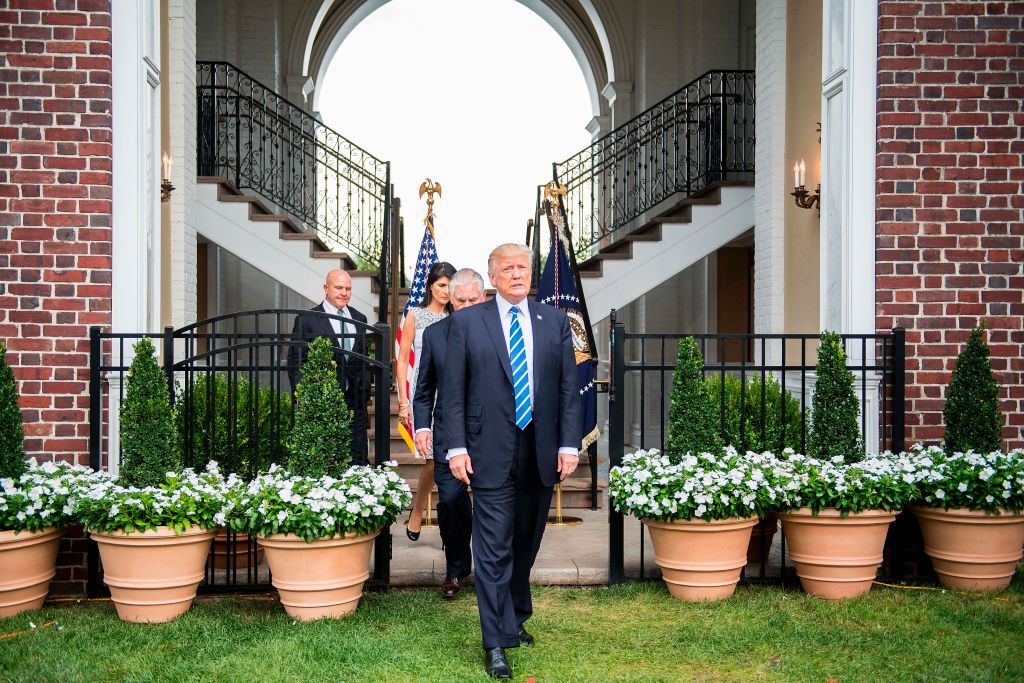 Former President Donald Trump’s frequent visits to his New Jersey golf resort during his tenure in the White House cost taxpayers more than $ 2 million, with Trump spending a total of 99 days at Bedminster Club then that he was commander-in-chief.

NJ.com reported on Saturday that the taxpayer bill for Trump’s frequent visits to Bedminster Golf Club was $ 2.4 million. Trump regularly frequented the club to escape the White House, with the number of his visits to the New Jersey property only coming behind his trips to his residence at his Mar-a-Lago resort in Palm Beach, Florida.

The news site obtained the information through a Freedom of Information Act request.

The vast majority of the large sum went to cover the costs of hotels for secret service agents in the neighboring region, the total amounting to some $ 1.9 million. The Secret Service has spent more than $ 35,000 on rooms at Trump’s Bedminister property.

The NJ.com report also noted that the $ 2.4 million figure did not include the price of Air Force One, which would cost around $ 142,000 an hour to fly.

A February 2019 report from the Government Accountability Office, a congressional watchdog, said Trump’s frequent trips to his resort town of Mar-a-Lago cost taxpayers even more. This report showed that four trips to Florida property at the start of Trump’s presidency cost a total of $ 13.6 million, or about $ 3.4 million each.

Trump’s frequent trips to his golf resorts have drawn considerable scrutiny and criticism, especially because the former president has often criticized his predecessor, former President Barack Obama, for playing golf while he was president. During his 2016 campaign, Trump claimed he wouldn’t have time to play golf if he won the presidency.

“I will work for you, I will not have time to go golfing,” he told supporters.

The former president has in fact visited golf courses nearly 300 times during the four years of his presidency, according to the Trump Golf Count website. Trump has been confirmed to have golfed 150 times while serving in the White House, compared to 127 times Obama played in his first four years in office.

“I know a lot of them in business and politics who work endlessly, in some cases to the point of exhaustion. It’s their number one passion in life, but no one complains. My ‘exercise’ is to playing, almost never during the week, a quick round of golf. Obama has played more and more longer and longer rounds, no problem, “the former president then tweeted.

Newsweek contacted Trump’s press office for comment, but did not immediately receive a response.