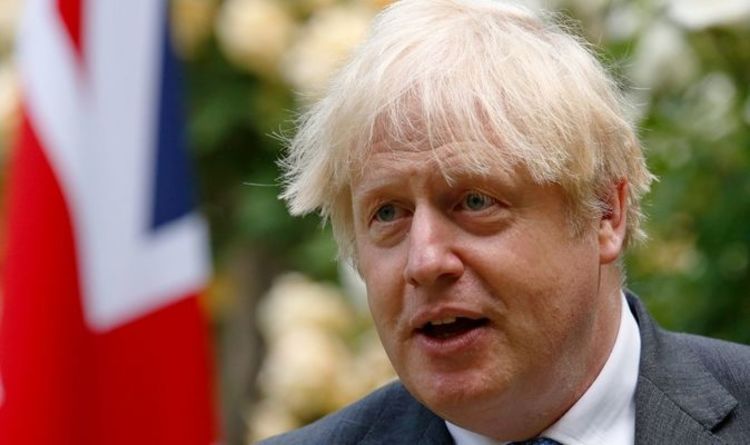 Steve Aiken of the Ulster Unionist Party (UUP) said that six months after the Brexit transitional period expired, it is evident that even the Prime Minister’s plan for the six counties is doomed to fail . Mr Aiken, chairman of the Northern Ireland Assembly finance committee and former UUP leader, criticized Mr Johnson’s approach to Brexit talks with the EU.

As part of his withdrawal agreement, Mr Johnson agreed with Brussels to establish a trade border along the Irish Sea and to control goods arriving in Northern Ireland from Britain.

The Northern Ireland protocol, argued Mr Aiken, was proof of Mr Johnson’s blatant disrespect for communities across the water.

He described himself as “no friend of Boris Johnson” and called for the measures to be removed immediately.

He said Express.co.uk: “I think Boris Johnson’s approach in introducing the Northern Ireland Protocol and placing a border in the middle of the Irish Sea has been absolutely disastrous.

“And I think he even now recognizes the disaster he made of it, and more importantly, the impact it had on the whole union, the union that we have across the UK. . “

“I don’t even think Boris Johnson or the EU or anyone else was interested in Northern Ireland.

“Northern Ireland was only a bargaining chip in the ongoing talks to secure a comprehensive trade deal between the UK and the EU.

“I don’t really think anyone has paid any attention to Northern Ireland and anyone who says they did, I think is very misinformed.”

The protocol is a key part of the Brexit deal signed by London and Brussels.

It aims to prevent a return to a hard border on the island of Ireland.

The government is embroiled in a bitter row with the EU over the deployment of the controversial measures set out in the deal.

The bloc accused Britain of failing to meet “very clear obligations” to which Mr Johnson has subscribed as part of the protocol to his Brexit deal.

Brussels bosses are unhappy that border post checks are not being carried out and EU officials do not have access to import data in accordance with the agreement.

The government argued that although it had endorsed the measures, it did not foresee how disruptive they would be in practice.

Trade unionists and loyalist communities are particularly concerned about the impact that the trade border and controls will have on their place in the UK.

Protests have taken place in recent weeks to urge politicians to abandon the protocol.

Mr. Aiken, who represents the South Antrim constituency, explained: “There are demonstrations every day.

“And it turns out that the media only report where they are
violence or problems peculiar to.

“There are people demonstrating everywhere, it’s not just a [protest] and there is huge concern across Northern Ireland, not just among Unionist and Loyalist communities, about the impact of the protocol. “

He added: “I don’t need to be told that, I can see them when I look out my front door.”

Several hundred people gathered in Newtownards Square in Dow County on Friday to protest the protocol.

The rally was organized by the main Brexiteers, Baroness Hoey and former MEP Ben Habib.

Former Brexit Party MEP Ben Habib told the crowd that the EU and the Irish government were the “real bad guys” of the post-Brexit line.

He said “they falsified and completely distorted what would be the customs border on the island of Ireland.”

He added: “But I’m afraid those to whom you have pledged your allegiance, the Westminster government, it was they who really abandoned you because they should have resisted this false narrative.”

Govt’s budget is a bundle of lies: Fazl

‘This is irresponsible, savage behavior,’ Tory says of the shooting in Rexdale that left 3 children injured