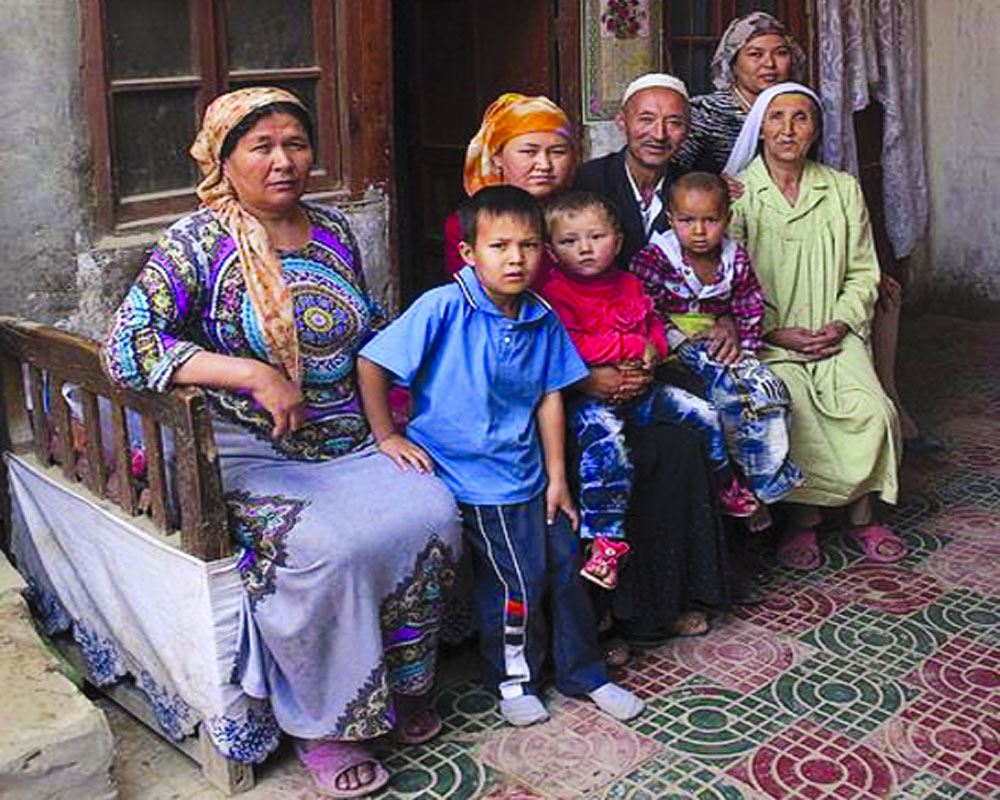 Why can’t the Han people of China learn from the example of Indian Hindus towards Muslims and be considerate enough to let the Uyghurs live?

Reports of the treatment of Uyghurs in general and their pregnant wives in particular in Xi Jinpings China seem barbaric. If the goal is family planning, that is fair enough, but it should be implemented by law, not by force. Cases were reported in this Istanbul newspaper which mentioned that several women pregnant up to six and a half months had been forcibly aborted, clearly posing a threat to their lives. Certainly, Muslims have a reputation for procreating much more prolifically than others, but that does not mean that the government must resort to violent means to obtain smaller families.

According to the Hadith (Traditions), the Prophet Muhammad once asked a man if he was married. Responding in the negative, Muhammad reacted by saying: So you are a brother of the Devil. In Islam, even ascetic orders are supposed to marry rather than remain celibate. One of the Prophet’s companions, Usman ibn Mazun, wanted to lead a celibate life; Muhammad forbade him to do so. Normally, this consent is given on the condition that the celibate becomes a eunuch. In the same context, the Prophet urged his followers to marry women who will love their husbands and be very prolific: For I wish that you outnumber any other people. (Mishkatul Masabih book XIII)

In India we have a long and enormous experience of being ruled by Muslim sultans and, of course, of coexisting with them for centuries. This led to severe and prolonged oppression during Aurangzeb’s 50-year reign, which ended in 1707. There was a serious emotional separation. In 1887, the most prominent Islamic leader of the time, Sir Sayyid Ahmad Khan, famous in Aligarh, declared in a public speech that Hindus and Muslims were separate nations. He repeated his assertion the following year.

The next eminence to utter the same sentiments at the turn of the 20th century was Judge Syed Ameer Ali. Then, in 1930, the poet Mohammad Iqbal said that Muslims should have a separate homeland even if they were part of an Indian confederation. Most of the Hindu leaders, Gandhiji down, ignored these statements and continued to believe that the Congress Party represented all communities. Rightly or wrongly, because Congress had members from all communities, leaders assumed that all their communities followed the Party. In the end, Mohammad Ali Jinnah had the Pakistani resolution adopted by the Muslim League at its Lahore session on March 23, 1940. However, the Hindus paid little attention to it. Nor did the British realize how serious the Muslim desire for a separate homeland, a New Medina was.

On August 16, 1946, Bengal Chief Minister HS Suhrawardy led a massive pogrom, later called the Great Murder of Calcutta; which for three days saw the bloody end of thousands of people. This was Jinnah’s way of proving especially to the British that Hindus and Muslims cannot coexist in the same country. India had to be divided. This is also based on Islamic theology that Muslims need a Dar-ul-Islam, in which the law established by Sharia is the only land where Muslims can flourish and fulfill themselves. Today India still welcomes more Muslims than any country except Indonesia. It is an unusual paradox. If so many Muslims can live happily in India, where was the need for partition? Yet the Hindus accepted this contradiction without protest. My question is if Hindus can be so tolerant, why can’t the Han people of China be considerate enough to let the Uyghurs be?

After all, China must coexist with many other peoples and countries. There are 57 Islamic countries and they haven’t protested yet because of what? Maybe sheer fear or commercial interests. But for how long ? Sooner or later Islamic fury must explode. Anyway, I appeal to the Han race for tolerance for the sake of peace.

In a spirit of freedom and fraternity, we allowed the Ayodhya litigation to continue for nearly a century, pending a court judgment. Only then did we start to build a temple for Lord Ram whom the poet Iqbal had described as Imam-e-Hind. The Muslims of Ayodhya were in favor of the construction of the temple because it would increase the number of pilgrimages and therefore bring prosperity. The fight was over a building that had no minarets, no woozu to wash hands and feet before proceeding to prayers. In fact, it must have been designed as a mazar in memory of Babar after his death.

India has had three Muslim Rashtrapatis, Zakir Hussain, Fakhruddin Ali Ahmed and Abdul Kalam, as well as several judges, including chief justices of the Supreme Court and electoral commissioners, appointed, of course, by Hindu governments.

When it comes to elections, all citizens of full age have the right to vote. There is no discrimination. Moreover, in the previous elections, Muslims voted en masse for one party and he won. The others were lax in voting. But it was tolerant and no solution was implemented to stop this practice. The easy way out was compulsory voting; that would have neutralized the mass vote. But the Hindu ethos was too liberal for drastic action despite nearly a dozen countries, led by Belgium and Australia, practicing it.

(The writer is a well-known columnist and author. The opinions expressed are personal.)

LOS ANGELES, CA / ACCESSWIRE / June 24, 2020, / Compare-autoinsurance.Org has launched a new blog post that presents the main benefits of comparing multiple car insurance quotes. For more info and free online quotes, please visit https://compare-autoinsurance.Org/the-advantages-of-comparing-prices-with-car-insurance-quotes-online/ The modern society has numerous technological advantages. One important advantage is the speed at which information is sent and received. With the help of the internet, the shopping habits of many persons have drastically changed. The car insurance industry hasn't remained untouched by these changes. On the internet, drivers can compare insurance prices and find out which sellers have the best offers. View photos The advantages of comparing online car insurance quotes are the following: Online quotes can be obtained from anywhere and at any time. Unlike physical insurance agencies, websites don't have a specific schedule and they are available at any time. Drivers that have busy working schedules, can compare quotes from anywhere and at any time, even at midnight. Multiple choices. Almost all insurance providers, no matter if they are well-known brands or just local insurers, have an online presence. Online quotes will allow policyholders the chance to discover multiple insurance companies and check their prices. Drivers are no longer required to get quotes from just a few known insurance companies. Also, local and regional insurers can provide lower insurance rates for the same services. Accurate insurance estimates. Online quotes can only be accurate if the customers provide accurate and real info about their car models and driving history. Lying about past driving incidents can make the price estimates to be lower, but when dealing with an insurance company lying to them is useless. Usually, insurance companies will do research about a potential customer before granting him coverage. Online quotes can be sorted easily. Although drivers are recommended to not choose a policy just based on its price, drivers can easily sort quotes by insurance price. Using brokerage websites will allow drivers to get quotes from multiple insurers, thus making the comparison faster and easier. For additional info, money-saving tips, and free car insurance quotes, visit https://compare-autoinsurance.Org/ Compare-autoinsurance.Org is an online provider of life, home, health, and auto insurance quotes. This website is unique because it does not simply stick to one kind of insurance provider, but brings the clients the best deals from many different online insurance carriers. In this way, clients have access to offers from multiple carriers all in one place: this website. On this site, customers have access to quotes for insurance plans from various agencies, such as local or nationwide agencies, brand names insurance companies, etc. "Online quotes can easily help drivers obtain better car insurance deals. All they have to do is to complete an online form with accurate and real info, then compare prices", said Russell Rabichev, Marketing Director of Internet Marketing Company. CONTACT: Company Name: Internet Marketing CompanyPerson for contact Name: Gurgu CPhone Number: (818) 359-3898Email: [email protected]tingcompany.BizWebsite: https://compare-autoinsurance.Org/ SOURCE: Compare-autoinsurance.Org View source version on accesswire.Com:https://www.Accesswire.Com/595055/What-Are-The-Main-Benefits-Of-Comparing-Car-Insurance-Quotes-Online View photos