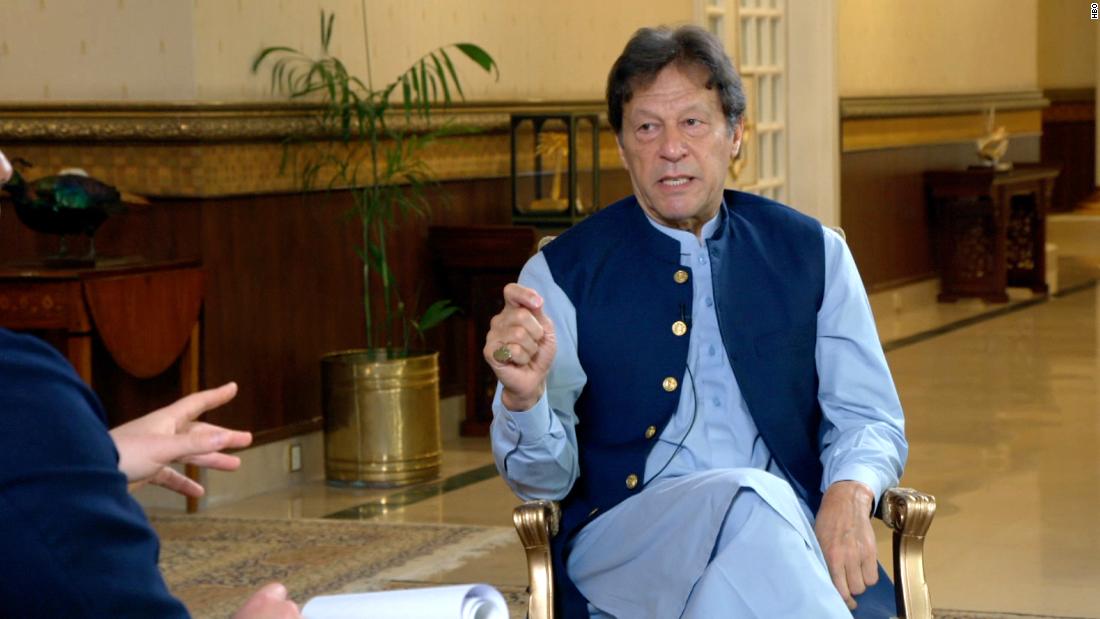 Pressed by reports of widespread detentions and abuses against Uyghurs, Khan said China has been “one of our best friends in our most difficult times,” and that any conversation with Beijing on Xinjiang would take place “behind closed doors”.

According to the US State Department, up to 2 million Uyghurs and other Muslim minorities have been held in a vast network of detention centers across Xinjiang in recent years. Many former detainees claim to have been subjected to attempted indoctrination, physical abuse and even sterilization.

“We respect the way they are … How is it that this is such a big problem in the western world? Why are the people of Kashmir ignored? It is much more relevant,” he said. he declares.

The disputed Muslim-majority region of Kashmir has been the epicenter of an often violent territorial struggle between India and Pakistan.

In 2019, India officially divided the former state of Jammu and Kashmir into two Union Territories, giving New Delhi greater control over their affairs.

The move follows a security crackdown on New Delhi in Indian-controlled Kashmir, including the suspension of all communications and heavy restrictions on movement and public gatherings.

Islam is the official religion of Pakistan and the country has the second largest Muslim population in the world.

“I’m looking around the world, what’s going on in Palestine, Libya, Somalia, Syria, Afghanistan, will I start talking about everything?” Khan added.

Pakistan has been a long-time friend and trading partner of China and has benefited greatly from China’s infrastructure spending, as part of President Xi Jinping’s Global Belt and Road Initiative.

Khan’s comments come after he wrote a public letter in October 2020 calling on Muslim countries to rise up against “growing Islamophobia” in Western countries. Sunday’s interview is not the first time Khan has avoided criticizing China over allegations of human rights violations in Xinjiang. In March 2019, the Pakistani leader told the Financial Times that he “didn’t know much” about reports of mass detentions in the far west region of China, which borders his country.

Khan was also asked by Axios about comments he made in April linking the high incidence of rape in Pakistan to increased “obscenity” in society. “What is the very concept of the veil in our (Islamic) religion? So there is no temptation in society,” Khan said in an April 5 television interview.

Speaking to Axios, Khan denied blaming rape victims, but then appeared to suggest that women’s clothing influences the rate of sexual violence in society.

“If a woman wears very little clothing, it will have an impact on men, unless they’re robots. I mean that’s common sense,” he said.