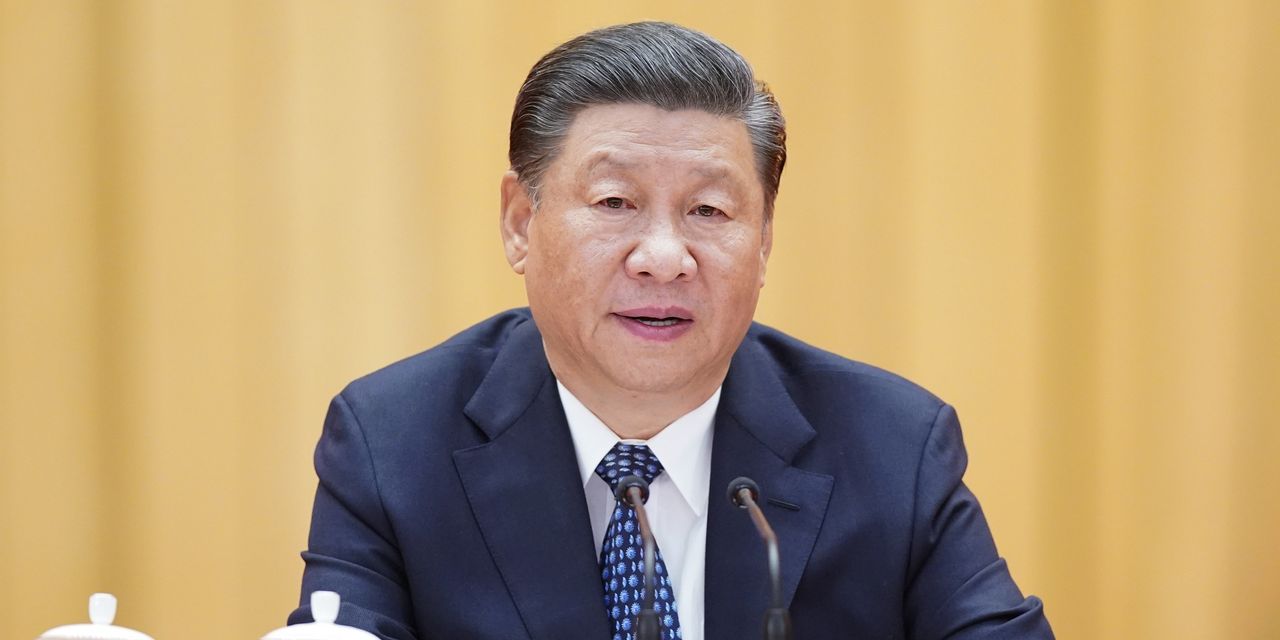 American attitudes towards China have changed dramatically over the past decade. There is much less confidence that the democratic world can bring China into a rules-based international order or that the growing Chinese middle class will create internal pressure for liberalization and democracy. Elites from both political parties agree that competition with China is now central to U.S. economic and foreign policy, a position many Americans support.

Xi Jinping’s rise to the top of Chinese leadership marked the end of the era defined by Deng Xiaoping’s famous maxim, Hide our strength, bide our time. Xi asserts China’s strength, does not hide it. And he believes China’s time has come.

Mr. Xis’ strategy is based on five pillars. First, he acted aggressively to regain authority over all industries in his country. Economic players who were increasingly independent, especially in technologies and consumer services, have been held back and he is urging the private sector to hand over all his data. Dissenting voices from civil society have been suppressed. Potential threats against his leadership within the party were quelled. The full power of the state was unleashed against Hong Kong and the Uyghurs. And he sparked a campaign to bring Chinese history to the service of the Communist Party, an effort that has been called the biggest mass education campaign since the Mao era.

Second, Xi has made technological superiority a fundamental national goal. His Made in China 2025 plan is designed to propel his country to the forefront of technologies that will dominate the global economy for decades to come, many of which have military applications. And it has strengthened the links between the civilian and military sectors.

Third, Xi has improved his defense forces and extended their reach. The Chinese military is much better equipped than it was ten years ago. The navy is the largest in the world. And China is preparing to establish a global system of ports to give its forces access anywhere in the world.

Fourth, Xi is using China’s economic clout to expand his diplomatic reach. Although the Belt and Road Initiative has yielded mixed results, developing countries and autocratic governments welcome the absence of environmental and governance demands imposed by other donors. More recently, as Western countries have focused on vaccinating their own populations against Covid-19, China has strengthened its international position by shipping millions of doses of its vaccine to countries in Asia.

Last but not least, Xi has deployed the full force of Chinese nationalism to support his country’s reaffirmation of power and complete its reunification. Last week, 28 Chinese fighter jets and other planes carried out exercises over the waters south of Taiwan. A successful effort to end Taiwan’s independence by force, once considered unlikely, can no longer be ruled out.

In this context, President Biden has made an enhanced response to China the centerpiece of his recent trip to Europe. The Group of Seven, which was silent on China when it last met three years ago, called on Beijing to restore freedom to Hong Kong and respect human rights, especially in Xinjiang. The group called for a transparent investigation into the origins of the Covid-19 virus and established a task force to develop a response to the Belt and Road initiative. And NATO, which barely mentioned China in 2019, now calls it an increasingly serious security challenge. NATO Secretary General Jens Stoltenberg said last week that the balance of power is changing and that we must react together as an alliance.

But there is a difference between statements and concrete policies. Europe would prefer to focus on the threat from Russia, and many European countries fear that a tougher stance on China could endanger their economic interests. In contrast, it appears the Biden administration is seeking to stabilize relations with Russia by establishing mutually agreed-upon red lines on cyberattacks, Ukraine, and other contested areas so that the administration can focus its military, diplomatic strategies. and soft power on the Chinese challenge, which she believes will determine the course of the 21st century.

A lesson from recent years is that there is little the United States can do to change China’s domestic policy. We cannot persuade or force its leaders to abandon their quest for technological and military superiority, to diminish the role of the state in the economy, or to respect human rights. We need to focus as a country and as a leader of democratic alliances on what we can do to make ourselves stronger.

Recent bipartisan moves in the House and Senate to increase investment in important technologies are a promising start. It remains to be seen whether we can agree on the investments and strategic decisions that an effective military response to the Chinese challenge will require, and whether we can restore a sense of common purpose across partisan lines without which such a response. cannot be sustained.