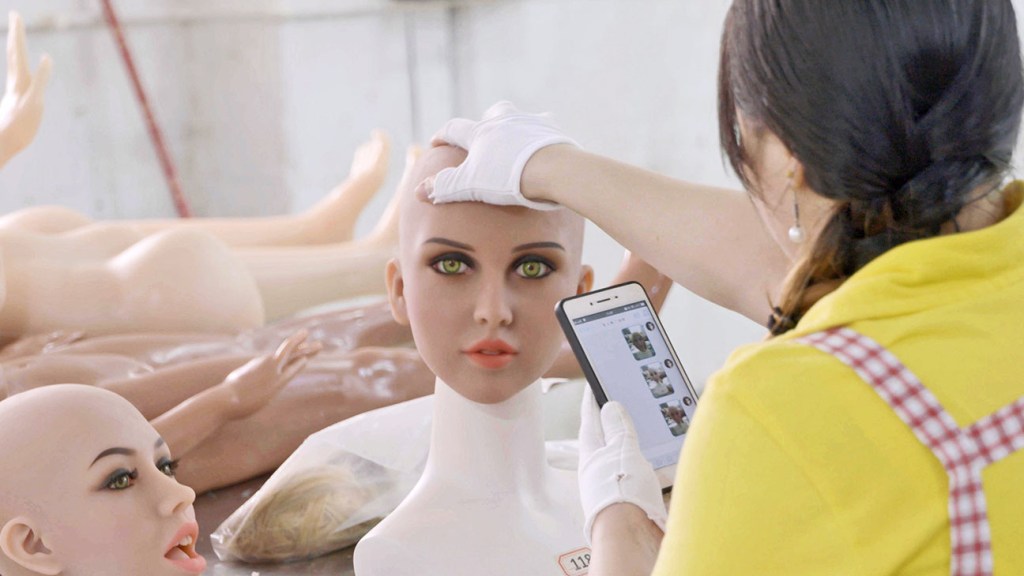 It is possible that the formidable documentary of Jessica Kingdon Ascension (winner of Tribeca’s Best Documentary Award at this year’s edition) won’t rewrite your intellectual understanding of President Xi Jinping’s “Chinese dream”. As far as I know, you might be very aware of the conflicting changes in the Chinese economy, of China’s overlap of a communist / authoritarian past (and present) and its participation in world capitalism with the class stratification that results in it. results.

Instead of a lecture, Kingdon’s film, which follows a documentary tradition that includes Walter Ruttmann’s film Berlin: Symphony of a big city and Godfrey Reggio Koyaanisqatsi, rather rewires your mental image of contemporary China. Presented without narrative and limited structure, Ascension is a collection of breathtaking images and revealing vignettes that position China as a cultural and industrial landscape that is both alien and completely universal, without ever specifying which direction points to progress.

Kingdon’s entirely observational film – no voiceovers, talking heads, or title cards to guide you – was shot in 51 locations across China and uses “class” as the structure, as it is. Ascension is loosely divided into three parts, starting with workers in Chinese factories, passing through a middle class positioned at the backbone of a burgeoning consumer culture – salespeople, influencers and attendants to the rich – and finally the rich with their embrace of Western excess.

There is a blur between these class lines and it is absolutely essential to Kingdon’s thesis, although I have found the three-level framing to be the least successful part of it. Ascension. Even though the documentary doesn’t claim that a layer here is “representative,” it’s still hard not to question the relative safety of the treatment of the existence of blue-collar workers – instead of stereotypical sweatshops, they’re all bright, sterilized spaces, exactly the kind that would allow filmmakers to access – and about how filmmakers avoid any detail about who gets rich in China today. The structure guides viewers, but Ascension reaches its frequent peaks when it maintains direction or thematic evidence – see also the Chinese factory pumping “Keep America Great” merchandise – to a minimum.

Kingdon and his fellow cinematographer Nathan Truesdell share a tremendous sense of observation and Ascension succeeds when it plunges the viewer into an unfamiliar setting and allows us to situate ourselves at a deliberate pace. Sometimes that can just involve waiting for contextual clues before saying “Oh, they’re doing jeans” or spending a few seconds figuring out how the shiny plastic caps and stacks of containers coming out of an assembly line do. part of a water bottling line, or processing the positioning of the camera above a graveyard of yellow rental bikes, all beautiful and all waste commentary. Ascension could probably function without anyone on camera, mixing in imagery of the factory and later richer locations like an elaborate water park with Dan Deacon’s score, who often uses ambient manufacturing sounds as atonal components in the music.

Even though they are never “characters”, people Ascension are neither wordless nor faceless. My favorite pieces from the documentary are the slightly extended sets. There is an opening scene in a job market in which job applicants listen to loudspeaker speeches for surprisingly varied low-level employment options – Phone Parts! Vape pens! – hearing restrictions like forbidden tattoos or a strict age limit of 38 and under and perks like air conditioning or slightly less crowded dormitories. All of this is backed up by productivity propaganda and empowerment and wage jargon starting at less than $ 2.50 an hour.

There is a workshop where aspiring salespeople and hospitality professionals learn ‘corporate reception etiquette’, including the appropriate number of teeth to show when you smile (eight) and the purpose behind Western hugs. (“The principle of hugs is that you cooperate when someone kisses you”).

Best of all is the scene set in a sex doll factory, in which workers are faced with tasks like iron-smoothing latex buttocks or blushing rubberized nipples with bewildering normalcy, never discussing the purpose. of those avatars of quivering pleasure with dead eyes. It’s a hilarious and bizarre sequence.

There are nuances of Steven Soderbergh Bubble in these sex doll scenes and many parts of Ascension could have been shot in any industrial center in any country in the world. The recent Oscar-winning documentary American factory, with its chronicle of a Chinese company taking over an abandoned GM facility in Ohio, is such a clear reversal of the premise that the two should be taught as complementary texts.

The overarching questions Ascension is supposed to raise are these universal questions about the uplifting potential of capitalism. Is “the ascension” – the title is literal and refers to a poem written by the director’s great-grandfather – is it possible? Who controls wealth and, with it, power? How do they convey hope to entry-level workers in a society in which automatons, robots, holograms and, yes, sex dolls compete for the same opportunities for service and hospitality and make fewer personal requests? How do you get a group of workers to be content with the “satisfaction” of choosing between a job that allows you to stand for 10 straight hours or sit for the same length of time when a privileged few at the top of the pyramid are running? of American-style performative capitalism? These questions are as relevant to an auto worker in Detroit as they are to a worker lost in animal vapor at a food processing plant somewhere in China.

Like its documentary predecessors, Ascension finds aesthetic appeal and a matter of debate in the complex symphony of industrialism and people functioning in its order and disorder.