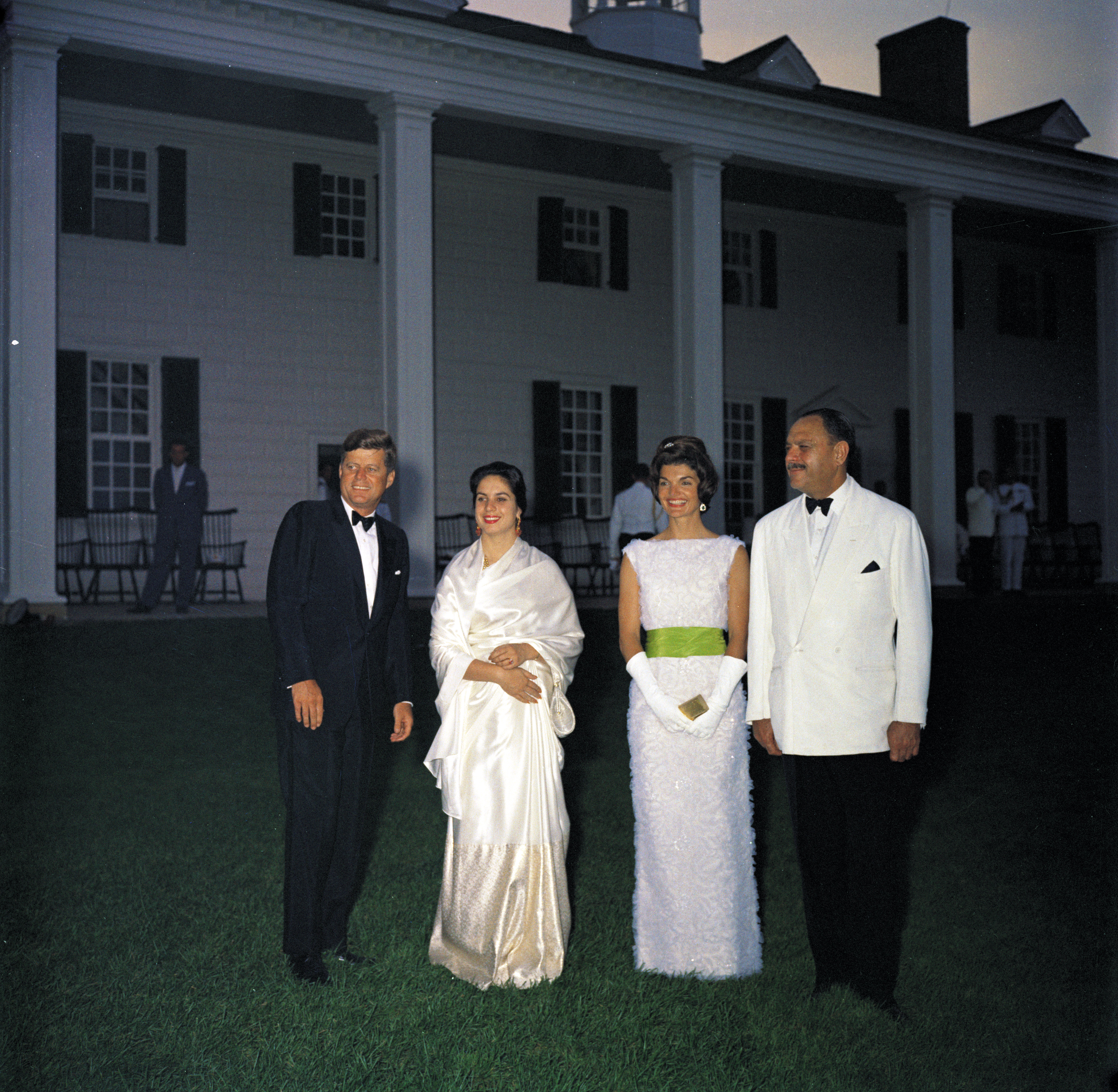 Sixty years ago, on July 11, 1961, an extraordinary state visit took place to Mount Vernon, the home of the first President of the Americas, George Washington. It was a summit meeting that still resonates today.

It was First Lady Jacqueline Bouvier Kennedy who designed the Mount Vernon summit between her husband John F. Kennedy and Pakistani President Mohammad Ayub Khan. It was inspired by the Kennedys’ visit to the Habsburg Schnbrunn Palace in Vienna earlier in the year. She quietly approached the managers of the Mount Vernon estate, who eagerly accepted to welcome the Pakistanis. She also asked Tiffanys jewelry store to provide the flowers and decorations for the dinner.

Pakistan was an important partner of the United States in 1961, bound by treaty to the containment of the Soviet Union and China. The Central Intelligence Agency (CIA) carried out U2 surveillance flights from Pakistani bases to monitor China’s emerging nuclear arsenal. The CIA also secretly supported Tibetan rebels fighting for the independence of an air base in what was then East Pakistan (now Bangladesh).

Ayub Khan had just suspended Pakistani cooperation with the covert Tibet operation because Kennedy had promised India significant economic aid and signaled that a closer relationship with New Delhi was coming. The Pakistani dictator was against a closer American relationship with India. The end of the operation in Tibet was a low-key, behind-the-scenes way of expressing unease with the Kennedys leaning towards India.

At the request of Central Intelligence Director Allen Dulles, JFK took Ayub Khan for a private one-on-one walk in the mansion garden and asked the Pakistani leader to reopen the airbase for secret refueling flights to the rebels in Tibet. Ayub Khan agreed but asked for a commitment that no US military equipment would ever be supplied to India without prior consultation with Pakistan. Kennedy agreed.

The dinner was a great success. The best and brightest of the new administration were there. The main course was a hunter chicken prepared at the White House and then reheated in a portable military kitchen in the mansion grounds.

The following spring, Ms. Kennedy visited India and Pakistan. It was a first lady’s first overseas trip alone in the television age. She dazzled viewers everywhere, including at home.

In October 1962, at the height of the Cuban missile crisis, China invaded India. As I wrote in my book JFKs Forgotten Crisis: Tibet, the CIA, and the Sino-Indian War, Kennedy has dealt with two huge and dangerous crises on either side of the globe. The Indians called in American arms, Kennedy ignored his promise to Ayub Khan, and a massive supply of arms poured into India. Moreover, Kennedy made it clear that the United States will not tolerate Pakistani attempts to take advantage of India’s predicament in disputed Kashmir. The president was aided in the management of the perilous crisis by his personal relationship with Ayub Khan established in Mount Vernon.

At the height of the crisis, Indian Prime Minister Jawaharlal Nehru called on Kennedy for American fighters, bombers and their crews to join the fight against the Chinese. It was a capital demand. The United States would join a war with China. Before Kennedy had to respond, the Chinese announced a unilateral ceasefire.

The 1962 crisis set in motion the momentum that would lead decades later to today’s geopolitics with the United States aligned with India and Pakistan aligned with China. He helped start the nuclear arms race in Asia. The crisis is echoing today throughout Asia.

Today Pakistan is the fifth most populous country in the world, with one of the most active nuclear weapons programs. It is China’s closest and most important ally. Relations with India remain strained. Very immediately, Pakistan supports the Taliban offensive designed to overthrow the Afghan government in Kabul after the US withdrawal, although it publicly declares that it wants a political solution, not a military victory for the Taliban. The Pakistani military provides the Taliban with refuge, weapons, training and logistical support that are essential to their ability to operate.

President Joe Biden has yet to speak to Prime Minister Imran Khan since taking office. Imran Khan recently spoke publicly of Islamabad’s close ties to Beijing, praising him as a role model and defending his oppression of his Uyghur Muslims. Defense Secretary Lloyd Austin has spoken to Pakistan Army Chief of Staff Gen. Qamar Javed Bajwa more than once, but has yet to meet him in person. For the Afghan withdrawal, it is probably too late to change Pakistani policy and support the Taliban. The puzzle is why the administration does not engage more actively with this important country.

COVID-19: Some believe Boris Johnson was wrong with his ‘bonfire’ coronavirus rules – but Labor is yet to say | Politics News