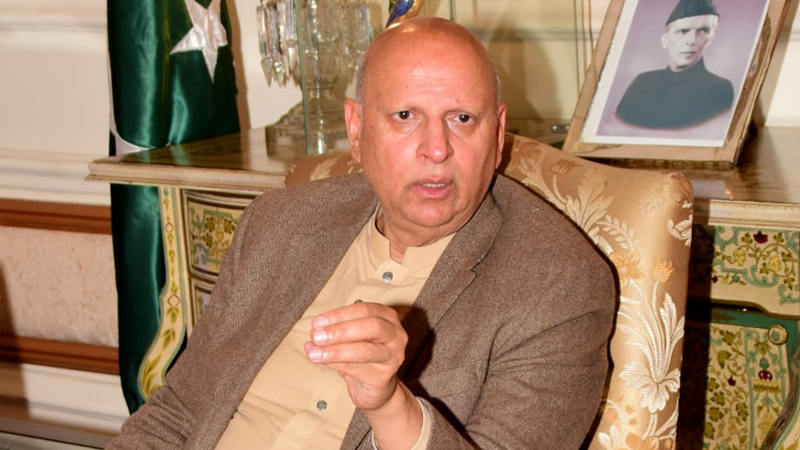 Pakistan's trade problems seem to be easing as it has managed to obtain an extension of the Generalized System of Preferences (SPG-Plus) status, which gives it special tax advantages for exports to the domestic market. EU, Punjab Governor Chaudhary Mohammad Sarwar said in an interview with Daily times. The extension of the SPG-Plus status will help further increase Pakistan's exports by 9.5%, he said.

Following the governor's trip, EP Vice-President Fabio Massimo Castaldo traveled to Pakistan and spent two days in the historic house of the governor of Lahore, which Ch Sarwar takes as evidence that his efforts were well received. Fabio Castaldo also supported Pakistan's stance on Kashmir, sternly condemning human rights abuses in the occupied valley. "It was a great diplomatic victory for Pakistan," said the governor.

The EU granted Pakistan the SPG-Plus facility in 2013, allowing exporters to pay no tax on certain categories of goods on the European market. Governor Sarwar estimates that Pakistan should do a little more lobbying than usual for the extension given the internal developments of the European Union. After Brexit, he said, falling back on his experience, Pakistan lost British support to the European Parliament. "So we had to make new alliances and forge new associations to get our message out."

He further added that the extension of the SPG-Plus status was in fact the confidence of the world community in successful economic policies, peace and stability in Pakistan under the leadership of Prime Minister Imran Khan. Pakistan has increased exports by 65 percent and obtained benefits worth $ 15 billion thanks to a previous extension of SPG-Plus status and another economy of $ 15-20 billion is expected to the current expansion which will prove to be crucial to further strengthen Pakistan's economy and the textile industry will create more jobs through the extension of the SPG-Plus status.

The extension of the SPG Plus status shows that EU members have shown their confidence in the economic policies of Prime Minister Imran Khan, said Ch Sarwar. "I played an important role the last time when Pakistan obtained SPG Plus status and this time I was also there to lobby for my country to obtain an extension of this status and we succeeded" , said the governor of Punjab, while speaking to this scribe.

"Many members of the European Parliament have told me that India is lobbying against Pakistan and that as far as SPG-Plus is concerned, India has completely resisted but has failed in its mission, "he said. Pakistan’s efforts to change the environment; tree tsunami project; to control the smuggling of drugs; merger of FATA into KPK; Ehsaas program; Kartarpur Corridor Project; and legislation and measures to protect the rights of women, children and transgender people have been widely appreciated in the European Parliament. All, including the European Parliament, congratulate Pakistan on the restoration of peace. The governor of Punjab said that Pakistan's role is exemplary in the peace agreement between the Taliban and the United States, and "we pray that this peace agreement will succeed because peace in Afghanistan is essential to peace in the region". He said that after the extension of GSP-Plus status, to Sha Allah, the European Parliament will also adopt a resolution against the controversial Indian citizenship law and Indian atrocities in occupied Kashmir. Pakistan is supported by Kashmiris and Indian aggression in occupied Kashmir is vehemently exposed to the world.

DPR urges the government to create a crisis center, coordination minister for PMK: more precise with a working group, there is a legal umbrella

Wessex FM – News – Coronavirus: China is trying to get back to work to heal the sick economy