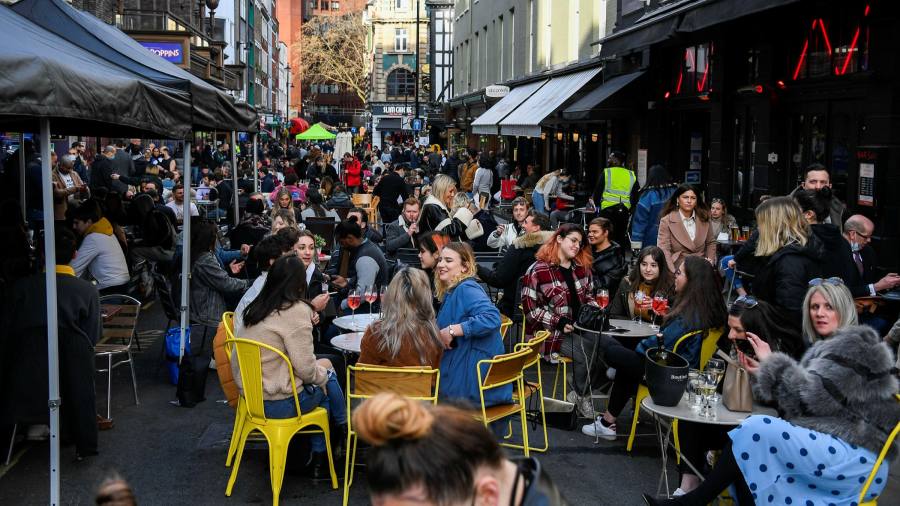 “Total freedom is as much a curse as it is a boon,” writes David Byrne in his 2012 non-fiction. How music works. “Freedom within strict and well-defined limits is, for me, ideal. “

Byrne’s essay is an almost autobiographical, partly academic journey through the history of music, examining the various influences that have contributed to certain genres and offering his thoughts on the success of the sounds of each era. Total freedom in music, he argues, rarely makes a symphony.

“The wide and unlimited sound range was now, or soon would be, accessible to all,” he writes of advances made possible by CD technology, which have given rise to “artificially loud” albums and the advent of music. the “war of volumes”. But while he maintains that the music was initially amazing, very quickly there was “hearing fatigue” all around. “The technology that was supposed to make music more popular than ever has scared everyone away. “

Byrne may be talking about the changes in our auditory culture, but his words seem quite apt when considering the current political landscape. Currently, the UK stands on the threshold of ‘Freedom Day’, an arbitrary anniversary devised by Boris Johnson on which it plans to end this period of ‘government by diktat’ and wipe out all remaining Covid restrictions so that we can get back to normal once again. The hospitality industry, travel agents and the public have been holding it in breathtaking impatience for months now – a magical marker in the diary after which, it was presumed, our Covid concerns will be forever missing.

And, at first listen, it sounds incredible. But while Johnson’s typically grand gesture will erase most of the mandatory restrictions, the date simply allowed him to shirk responsibility for difficult decision-making down the line. Infection rates in the UK are still bonkers. The Mayor of London and Scotland’s Nicola Sturgeon have already taken steps to bridge the freedom chasm, with Sadiq Khan insisting masks will always be mandatory on London public transport, and the Prime Minister urging ” caution continues ”and saying that masks will be mandatory at times.

As usual, this is just another bloody mess: a policy that comes with the mere suggestion of an orchestration outclassed by a cacophony of man-made noise. We should now be used to government by amplification – which Boris Johnson lacks in subtlety, he certainly makes up for it in volume – but after a blazing year of stop-start leadership, the British public has been forced to operate by instinct and intuition instead. only by the well-defined guidelines that most reasonable people seek.

Will Freedom Day see our streets rejoicing in new freedoms or will unfettered freedom scare everyone away? Will we wear masks or not? Since in some companies up to 20% of the workforce is already self-isolating due to exposure, tracking and traceability will surely keep the festivities at bay. And what freedom is it all about anyway? In a surreal moment of extreme magical thinking, my brother (double vaxxed) joined Prince William, Boris Johnson and 60,000 other football fans at Wembley to watch England take on Denmark in the Euro semi-finals there. at 10 days. “Covid is coming home,” his wife remarked as he shared another video of tens of thousands of supporters united in a toxic haze of bonhomie. It is true that he has just been tested positive for Covid. If this is any indicator of the future, Freedom Day will be exactly as advertised: it will be a miracle if we cross the 24 hour mark.

Meanwhile, other countries are looking at the UK in bewilderment. My phone is full of text messages and messages from people saying that we have gone completely nuts. In Paris, during Couture Week, while attending fashion dinners, the British were greeted with a curious mixture of disbelief and pity. A Brexit deal that has decimated the creative industries, feverish football stadiums and the cavalier approach to contagion have not been favorable to our public image. No one can tell the difference between our national borders, they just see us, the British, as a bunch of thugs. Like a toddler nursery, or those football fans who trashed Leicester Square.

It’s a funny counter-narrative to the public image we hold dear. The past few weeks have encouraged the British, and especially the English, to reimagine our national character as something akin to that of Gareth Southgate, the English football coach seen as a model of humility, thoughtfulness and caring. calm. It is possible that Freedom Day will see us exercising the same Southgate wisdom, although all the evidence suggests the opposite is true. Whenever we were offered a minimum of freedom, we were caught in an ecstasy of excitement and the shell of civility quickly collapsed. And on the world stage, our demeanor is less aligned with Southgate than with Johnson, who doesn’t seem capable of sane judgment any more than the English football fan who stuck a red rocket in his butt.

Freedom Day offers us yet another opportunity for redemption. Try to behave with decorum and use our legendary “common sense”. At the moment, I don’t have too many expectations. When you’re run by hooligans, the noise is just too loud. I don’t need untapped freedom, festivals and frenzy. I just want a vacation abroad. And, like David Byrne, strict, well-defined rules.

To pursue @FTLifeArts on Twitter to discover our latest stories first

[Exclusive] The first look at the leaked rendering of Realme Band 2 reveals a 1.4-inch display