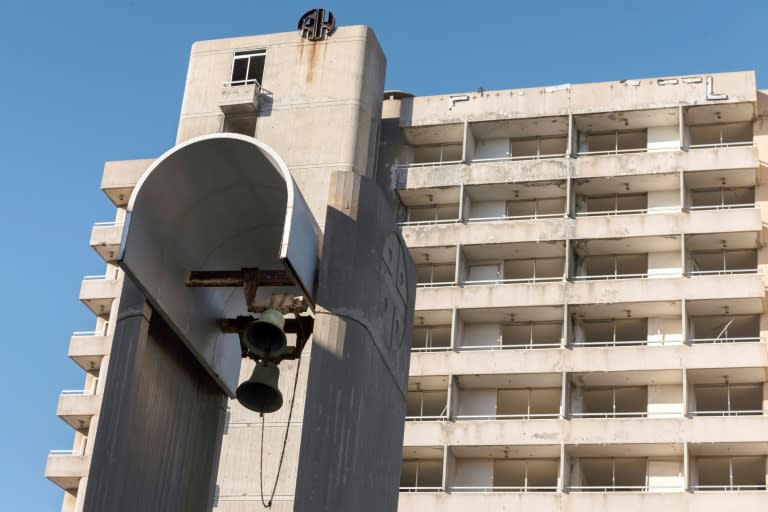 Turkey faced outrage from Western powers on Wednesday after calling for two states in Cyprus and deciding to reopen a compound emptied of Greek Cypriots, with the US saying it would drag its NATO ally to the Council UN Security Policy.

During a trip to divided northern Nicosia on Tuesday, Turkish President Recep Tayyip Erdogan said that half a century of UN efforts had failed and that there should be “two peoples and two states with equal status ”.

Victoria Nuland, US Under Secretary of State for Political Affairs, expressed concern that Erdogan’s remarks would have a “chilling effect” on UN efforts for a solution in Cyprus.

“We believe that only a Cypriot-led process – bizonal, bicommunal – will bring peace and stability to Cyprus,” Nuland said at a Senate hearing.

Cyprus, a member of the European Union dominated by the Greek Cypriots, and the United Nations both seek a “bi-horizontal” federation of two regional administrations united in one country.

Cyprus has been divided since 1974, when Turkey invaded it in response to a failed coup staged by the then military junta in Athens that aimed to unite the island with Greece.

Turkey alone recognizes the self-proclaimed Turkish Republic of Northern Cyprus. Despite the lack of a solution, the island is largely at peace.

Turkish Cypriot leader Ersin Tatar, an ally of Erdogan, also announced a new step in the opening of Varosha, once the first seaside resort on the Mediterranean island but from which the Greek Cypriot population fled with the 1974 invasion. .

Tatar said an initial 3.5% of Varosha, whose abandoned skyscrapers are under Turkish military control, would be removed from its military status.

A spokesperson for the UN Secretary General, Antonio Guterres, said he was “deeply concerned” by this decision and urged “all parties to refrain from any unilateral action that causes tensions”.

After issuing a firm statement on Tuesday, Secretary of State Antony Blinken spoke by telephone on Wednesday with Cypriot Foreign Minister Nikos Christodoulides and called Varosha’s decision “unacceptable and incompatible with the resolutions of the EU. UN”.

“We are asking for a strong response from the UNSC,” Blinken wrote on Twitter, referring to the UN Security Council.

Nuland said she and other U.S. officials had also been on the phone with their Turkish counterparts asking for the decision to be overturned.

President Joe Biden has a checkered history with Erdogan, whom he has described as an autocrat, but Turkey has also offered to help in a key area by securing Afghanistan’s main airport as US troops depart.

France, the current President of the Security Council, has declared that it “deeply regrets” Erdogan’s initiative, calling it a “provocation”.

Visiting Nicosia, Greek Foreign Minister Nikos Dendias accused Turkey of seeking “to extend its occupation of Cyprus and establish neo-Ottoman rule in the wider region of the eastern Mediterranean”.

Turkey has insisted that the Turkish Cypriot authorities are working to alleviate the grievances, including those of the owners.

He accused EU foreign policy chief Josep Borrell, who also criticized the decision, of being “the spokesperson and advocate for the Greek Cypriot administration and Greece”.

LOS ANGELES, CA / ACCESSWIRE / June 24, 2020, / Compare-autoinsurance.Org has launched a new blog post that presents the main benefits of comparing multiple car insurance quotes. For more info and free online quotes, please visit https://compare-autoinsurance.Org/the-advantages-of-comparing-prices-with-car-insurance-quotes-online/ The modern society has numerous technological advantages. One important advantage is the speed at which information is sent and received. With the help of the internet, the shopping habits of many persons have drastically changed. The car insurance industry hasn't remained untouched by these changes. On the internet, drivers can compare insurance prices and find out which sellers have the best offers. View photos The advantages of comparing online car insurance quotes are the following: Online quotes can be obtained from anywhere and at any time. Unlike physical insurance agencies, websites don't have a specific schedule and they are available at any time. Drivers that have busy working schedules, can compare quotes from anywhere and at any time, even at midnight. Multiple choices. Almost all insurance providers, no matter if they are well-known brands or just local insurers, have an online presence. Online quotes will allow policyholders the chance to discover multiple insurance companies and check their prices. Drivers are no longer required to get quotes from just a few known insurance companies. Also, local and regional insurers can provide lower insurance rates for the same services. Accurate insurance estimates. Online quotes can only be accurate if the customers provide accurate and real info about their car models and driving history. Lying about past driving incidents can make the price estimates to be lower, but when dealing with an insurance company lying to them is useless. Usually, insurance companies will do research about a potential customer before granting him coverage. Online quotes can be sorted easily. Although drivers are recommended to not choose a policy just based on its price, drivers can easily sort quotes by insurance price. Using brokerage websites will allow drivers to get quotes from multiple insurers, thus making the comparison faster and easier. For additional info, money-saving tips, and free car insurance quotes, visit https://compare-autoinsurance.Org/ Compare-autoinsurance.Org is an online provider of life, home, health, and auto insurance quotes. This website is unique because it does not simply stick to one kind of insurance provider, but brings the clients the best deals from many different online insurance carriers. In this way, clients have access to offers from multiple carriers all in one place: this website. On this site, customers have access to quotes for insurance plans from various agencies, such as local or nationwide agencies, brand names insurance companies, etc. "Online quotes can easily help drivers obtain better car insurance deals. All they have to do is to complete an online form with accurate and real info, then compare prices", said Russell Rabichev, Marketing Director of Internet Marketing Company. CONTACT: Company Name: Internet Marketing CompanyPerson for contact Name: Gurgu CPhone Number: (818) 359-3898Email: [email protected]rketingcompany.BizWebsite: https://compare-autoinsurance.Org/ SOURCE: Compare-autoinsurance.Org View source version on accesswire.Com:https://www.Accesswire.Com/595055/What-Are-The-Main-Benefits-Of-Comparing-Car-Insurance-Quotes-Online View photos

2 dead after being found with ‘signs of trauma’ at Toronto home: Toronto police