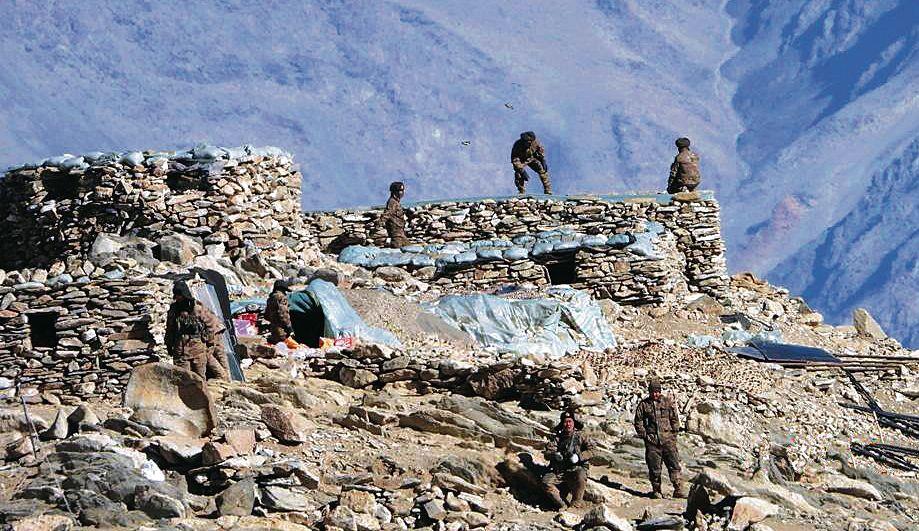 There have been controversial debates over whether India should abandon its policy of non-alignment in an emerging world order that is increasingly dominated by an aggressive China. There is merit in upholding the ideals of non-alignment or “true non-alignment.” We have good relations with the United States and Russia. The reality is that the threats we face on both sides of our borders come from the People’s Republic of China led by Xi Jinping. Beijing has used its growing economic and military might on and across its land and sea borders against 18 neighboring countries to assert its territorial claims over them. We are also now seeing increased resolve in countries like Vietnam to resist Chinese efforts to trample them.

Given China’s ties to the Taliban, India should strongly support the Ghani government in Afghanistan.

The crude belief of the Chinese establishment is that Beijing sets the rules for bilateral relations, while others must abide by them. China’s policy towards India is clear. It aims to contain India by using military force to “slice the salami” and gradually acquire Indian territory. While the focus was earlier on seizing territory on our eastern borders, the focus shifted to Ladakh. After a tense face-to-face involving the deployment of tanks to the Himalayan heights last year, an agreement has been reached on a Chinese withdrawal. This came with the understanding that Chinese troops are expected to return to the positions they occupied in January 2020. The Chinese, however, retain control of Indian territory in Depsang, Gogra and Hot Springs.

In its efforts to contain India, China has made a point of supporting political parties and leaders across South Asia, which it says are anti-India. This was evident in recent years in Nepal, Maldives and Sri Lanka. This Chinese strategy does not always work, as most South Asian leaders now see no benefit in unnecessarily offending India. Moreover, leaders like Sheikh Hasina in Bangladesh and the crafty monarchy of Bhutan are too experienced to be influenced by such Chinese efforts. China refuses to recognize Bhutan’s current borders. It also continues to use Pakistan to undermine India’s interests, whether in Afghanistan by supporting the Taliban, or by bolstering Pakistan’s military, maritime, ballistic and nuclear capabilities. Additionally, China’s BIS is now in trouble as it pulls recipient countries like the Maldives, Pakistan and Sri Lanka into a debt trap, thereby mortgaging their sovereignty. India is now in a better position to respond to China’s efforts to become the dominant and hegemonic power in the Indian and Pacific Oceans.

China has land and sea border disputes with 18 countries across its land and sea borders, starting with its claims to sea borders over much of Vietnam. Beijing regularly expresses its claims on the territory of Vietnam, citing historical precedents. Beijing claims that the disputed territories were once controlled by it during the reign of its Ming Dynasty. Beijing also has unwarranted claims to Vietnamese territory in the Paracel Islands, parts of the South China Sea and the Spratly Islands.

China also has untenable claims over its maritime borders with the Philippines. Beijing violated international law by refusing to comply with the order of an international tribunal, which rejected its demands. Besides its territorial claims on India, Japan, the Philippines, Russia and Vietnam, China also has territorial disputes with Nepal, Bhutan, North and South Korea, Taiwan, Brunei and Tajikistan, and even with members of ASEAN, such as Singapore, Brunei, Malaysia, Indonesia, Cambodia and Laos. But, instead of showing unity in countering China’s territorial ambitions, ASEAN countries are divided over how to deal with China’s territorial claims.

In their statement titled “The Spirit of the Quad” on March 12, the leaders of the United States, India, Japan and Australia focused on cooperative measures to deal with Covid-19. They also pledged to promote a “free, open, rules-based order rooted in international law” to promote security and counter threats in the Indo-Pacific and beyond ”. Most importantly, they noted, “We are committed to promoting a free and open order, rooted in international law, to advance security and prosperity. We support the rule of law, freedom of navigation and overflight, the peaceful resolution of disputes, democratic values ​​and territorial integrity. ‘ The meeting resulted in an agreement that the United States would establish a factory to produce one billion vaccines per year in India, by Johnson & Johnson, by the end of 2022. In the meantime, however, Johnson & Johnson are facing production problems in the United States, where its share in the production of Covid vaccines is marginal.

It is obvious that instead of seeking to resolve disputes between its neighbors in the Indian and Pacific Oceans, China seeks to impose its will on others, with whom it shares land and sea borders. This despite the fact that there is no shortage of groups like ASEAN and BIMSTEC which seek to promote regional economic cooperation. China, however, is keen to enforce its rules when it comes to its territorial claims. It is in this context that given China’s ties to the Taliban, it is only fitting that India strongly supports the democratically elected Ghani government in Afghanistan.

The US withdrawal from Afghanistan has unfolded in an inexplicable manner. The United States left the Afghan army equipped as a paramilitary force, with very little artillery, tanks, and other essential equipment. Despite their propagandist claims, the Taliban have yet to take control of a single provincial capital. It would be disappointing if the United States did not firmly tackle Pakistani-backed terrorism in Afghanistan. The United States instead promoted another Quad, supposedly connecting it to Pakistan, Afghanistan and Uzbekistan. It sounds rather odd, when the challenge Afghans face is Pakistan’s continued support for the Taliban. India, however, has her own friends in Afghanistan with whom she can cooperate and do her best to help a friendly neighbor sailing through troubled waters.