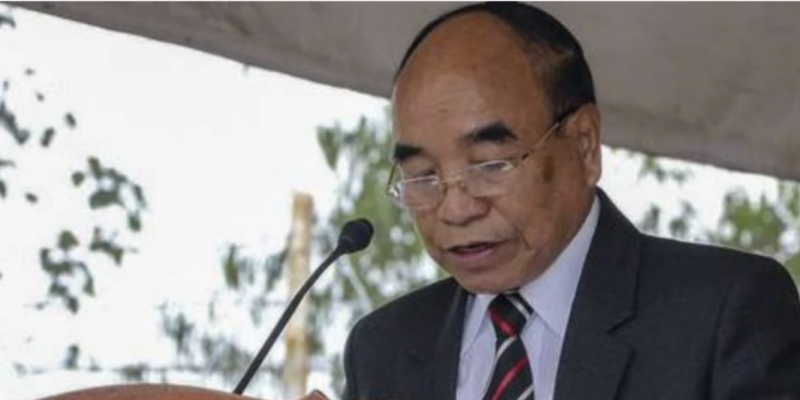 In a virtual meeting with the Prime Minister on July 16 on the COVID-19 situation, Zoramthanga said the influx of Burmese nationals in the midst of the second wave has strained the state’s financial situation.

[T]he military junta overthrew Myanmar’s democratically elected government in February 2021. Thousands of Mizos who lived in Myanmar sought refuge and refuge in Mizoram and crossed. The Mizos across the border in Myanmar are our brothers with whom we share close cultural and family ties, many of whom have close family ties. Therefore, it was not possible for Mizoram to deny shelter to our own brothers who fled Myanmar fearing for their lives, ”Zoramthanga said. mentionned.

He said soon after that the second wave of the pandemic broke out and Mizoram not only had to struggle with its limited resources, but also had to deal with Myanmar refugees and provide them with care. food, shelter and medicine.

This has strained the state’s financial resources, he said at the meeting.

Since February, more than 10,000 Myanmar nationals, including a former chief minister and some 20 deputies belonging to the National League for Democracy (NLD) of Aung San Suu Kyi, as well as police officers, have taken refuge in the at least 10 districts of Mizoram, as a result of the crackdown. against the pro-democracy demonstrations of the junta. 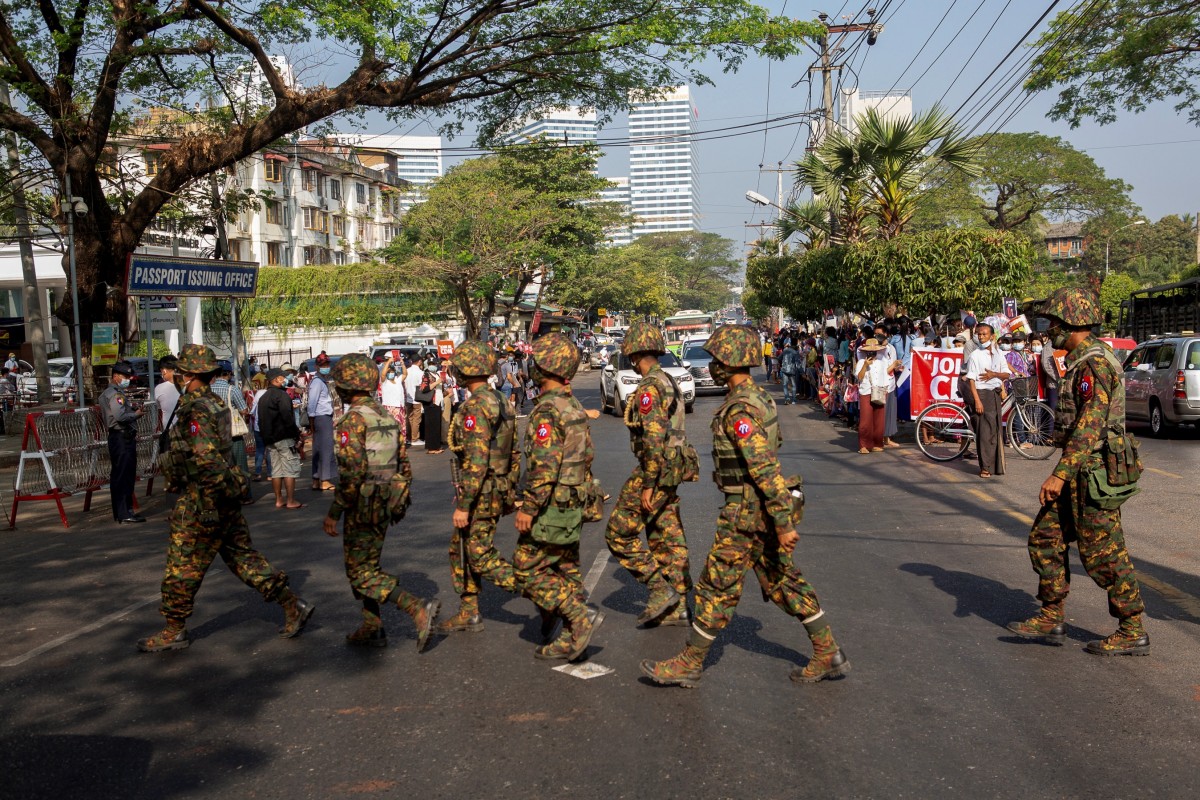 Soldiers cross a street as people gather to protest the military coup, in Yangon, Myanmar on February 15, 2021. Photo: Reuters / Stringer

After the Myanmar nationals arrived, the state government, as well as local communities, provided protection, including shelter and food.

The Home Office (MHA) on March 10 issued directives to the chief secretary of Mizoram, Nagaland, Arunachal Pradesh, Manipur and the chief executive of Assam Rifles, saying that state governments no do not have the power to grant refugee status to foreigners.

…[S]State governments and UT administrations do not have the power to grant “refugee” status to an alien and India is not a signatory to the United Nations Refugee Convention of 1951 and of its 1967 protocol. In view of the above, you are requested to take appropriate measures in accordance with the law to control the illegal influxes from Myanmar to India, the letter said.

It can be mentioned that the regions of Myanmar bordering the Mizoram are inhabited by Chin communities which are ethnically our Mizo brothers with whom we had close contact for all these years even before India became independent. Therefore, Mizoram cannot remain indifferent to their suffering today. India cannot turn a blind eye to this humanitarian crisis unfolding right in front of us in our own backyard, ”Zoramthanga said.

Referring to the letter from MHA to expel the Myanmarese, the chief minister said this was not acceptable to the Mizoram.

I understand that there are some foreign policy issues where India needs to proceed with caution. However, we cannot ignore this humanitarian crisis, the letter reads.

He also wrote in the letter that India is the largest democracy in the world and urged Modi to intervene so that Myanmar’s political refugees are granted asylum and given food and shelter here in the country.

A series of rallies and sit-ins were organized throughout Mizoram by different NGOs and student associations in solidarity with the people of Myanmar, especially the Chin, who are the ethnic brothers of the Mizos.

Many authorities in Mizo village councils have issued statements affirming their willingness to welcome the Burmese. They also provided them with shelter and food. The student association Mizo Zirlai Pawl (MZP), together with four other formations, organized charity concerts in different parts of Aizawl to raise funds for the Burmese refugees.