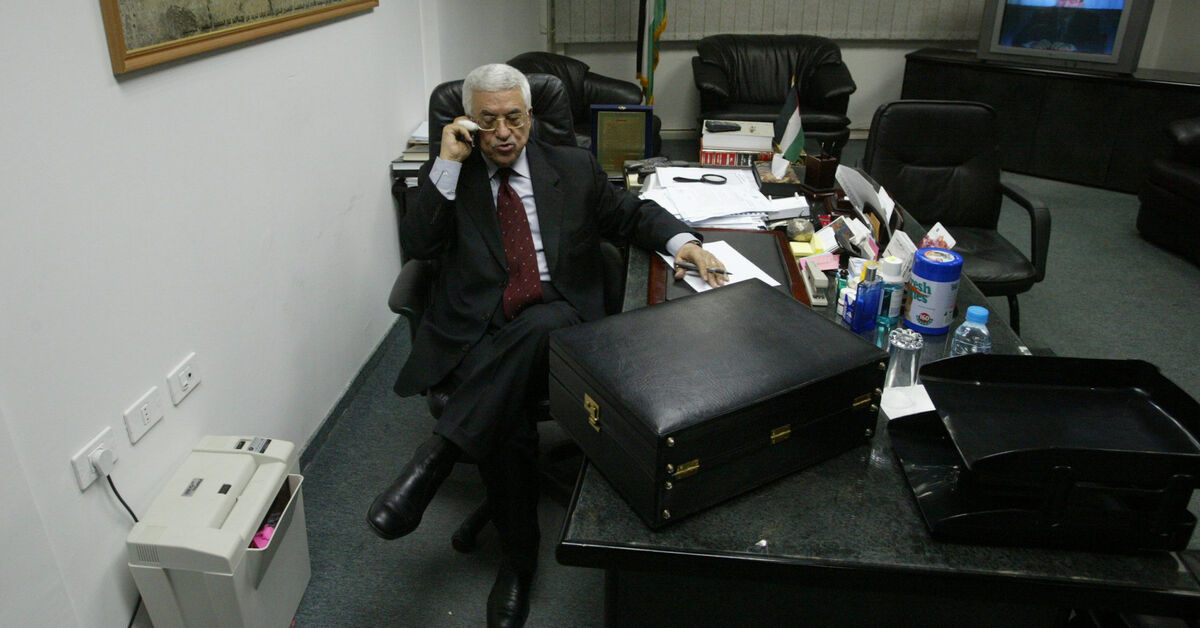 It was Herzog and Abbas’ second conversation in 10 days. The first took place the day after Herzog was sworn in on July 11. The two have known each other since Herzog’s years as an apolitician. As chairman of the Labor Party, Herzog tried to promote the concept of the two-state solution. According to press reports, Abbas negotiated a long and positive telephone conversation between Herzog and Turkish President Recep Tayyip Erdogan on July 12, signaling a possible improvement in bilateral relations.

Gantz, the government’s top security figure, also spoke to Abbas on operational matters. It was the first known conversation in years between the Palestinian leader and a senior Israeli minister. The last conversation was in 2017, when Abbas spoke with former Prime Minister Benjamin Netanyahu.

According to Gantz, the two discussed promoting security and the economy in the region as well as relations between the two nations and the need to adopt confidence-building measures, which contribute to the security and economy of the whole region.

More than seven years after the explosion of negotiations between Israel and the Palestinians, there are now signs of warming between the parties. In April 2014, US Secretary of State John Kerry led accelerated negotiations towards a political agreement, but they ended on a bitter note. Three months later, Israel’s 51-day operation against Hamas claimed lives on both sides.

Two dramatic changes have taken place recently: First, Trump has been defeated outright; second, a Democratic administration took over, led by President Joe Biden, who was vice president under Barack Obama, who believed in the two-state solution.

The other change is the new government in Israel after Netanyahu’s long regime. With the Biden administration, there is a sense of change and transformation in the air, despite the Israeli government led by right-wing Naftali Bennett. Bennett is very weak politically, dominated by center-left elements in his coalition. The US administration is working quietly behind the scenes to strengthen the Palestinian Authority. Following the Israeli Operation Guardian of the Walls, Secretary of State Antony Blinken visited both Israel and the Authority, establishing a foundation for diplomatic relations.

A senior Israeli government official told Al-Monitor on condition of anonymity: There is no doubt that we are seeing something new here. The Americans are quietly pushing to limit construction in the West Bank and I believe it is only a matter of time before the Palestinian consulate reopens in East Jerusalem.

According to the same source, the Americans are waiting for the new Israeli government to stabilize by the end of 2021, when the Israeli budget is approved. Only then will things really start to move. The educated guess is that the Biden administration will then begin to push for renewed negotiations between Israel and the Palestinians. Bennett and Foreign Minister Yair Lapid are expected to visit Washington soon. In the meantime, let’s see more and more efforts to strengthen the status of Abbas and the Authority.

Thus, a new image emerges of the thaw in relations between Israel and the Authority, while the American administration provides the tailwind. Gone are the days when Netanyahu was Israel’s sole authority on security and political matters, and now dialogue with the Palestinian government in Ramallah is becoming more and more possible.

Certainly, security cooperation with the Palestinians has been preserved even during the Netanyahu era, but now diplomatic relations are heating up as well. A minister in the new government told Al-Monitor on condition of anonymity, We will not be surprised if meetings are held in the near future. According to the source, Bennett and Lapid will not meet with Abbas at this point as it will involve the resumption of negotiations, and Gantz will take care of that. There will be Meretz and Labor ministers meeting with Abbas, but that will happen once the new government is better established.

Meretz Regional Cooperation Minister Issawi Frejis maintains direct relations with high-level Palestinian officials within the Authority. A meeting with Abbas has yet to be arranged and it is likely that Bennetts’ office asked Frej to delay any meeting so as not to embarrass right-wing elements in government at such an early stage.

So where is all this going, when the current Israeli Prime Minister is a right-wing man who pushed for the annexation of West Bank settlements not too long ago?

According to Jacky Hugi, Arab affairs radio analyst, there is a change of atmosphere and it is not an easy task. We are seeing an offensive of Israeli smiles at the Authority and at Abbas, and American hugs are being given to him as well. It is certainly a better atmosphere after years of disconnection, during which the Palestinians were excluded from the whole process and during which they suffered a series of beatings. The blows included the loss of US assistance allowances, the relocation of the US embassy to Jerusalem and of course the Abraham accords that were signed behind their backs. But we need more time to see how it all unfolds.

If we step back to look at the history of the Israeli-Palestinian dispute over the past decade, the Abraham summer accords appear to be a turning point. The accords broke the two-state paradigm and proved that peace deals can be reached with other Arab states without resolving the Israeli-Palestinian conflict. Now that there is a new administration in the United States and a new government in Israel, the Palestinian issue has returned to our agenda.