Turkish President Recep Tayyip Erdogan dealt a blow to the cause of a united Cyprus by calling for a two-state solution to the crisis during a recent visit to the island, the Communists warned today.

Cypres Progressive Workers’ Party (Akel) declared that the final partition of our country has never been so visible after Mr Erdogans’ remarks earlier this week.

The party urged the Republic of Cyprus to counter Turkish aggression and relaunch the stalled reunification negotiations, which Akel initiated when he was in power but which were subsequently stalled in 2017.

Mr Erdogan arrived in northern Cyprus on Monday to mark the 47th anniversary of the Turkish invasion of the island and its subsequent division.

He left Cyprus divided into two main parts: the Republic of Cyprus, located in the south and west of the country, and the Turkish Republic of Northern Cyprus, which is not recognized by the international community.

A UN buffer zone separates the two entities, with northern Cyprus considered as occupied territory and subject of an ongoing political dispute.

Mr Erdogan promised a new parliament building in a press release during his controversial visit, where he was flanked by the head of Party of the Turkish neo-fascist nationalist movement Devlet Bahceli.

The authoritarian president further fueled tensions by declaring that he would reopen the abandoned resort of Varosha in the southern district of Famagusta, whose residents fled a Turkish invasion in 1974.

Mr Erdogan rejected talks brokered by the United Nations, insisting that third parties cannot intervene in the process as he laid out his position on a two-state solution.

Akel said in a statement: We have been and still are of the opinion that this dangerous path can only be stopped and reversed with the solution of the Cyprus problem, with the liberation and reunification of our country and our people.

He said that Mr. Erdogans’ statements constitute a flagrant violation of UN Security Council resolutions and at the same time undermine the prospect of a solution of the Cypriot problem and of the reunification of Cyprus.

Akel confirmed that he would never agree to a two-state solution and called on the international community to condemn Turkey’s actions, which Stefanou said are part of the occupying powers’ strategy for the final partition of Cyprus. .

This article was reposted from Morning Star. 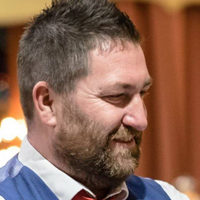