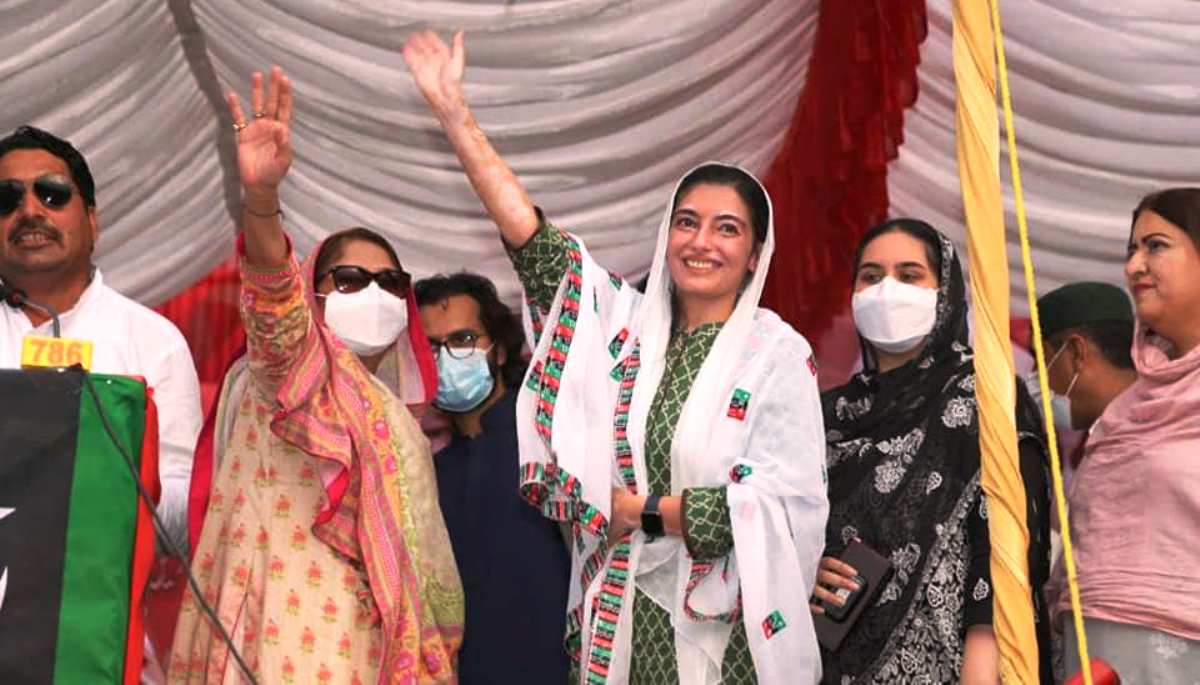 SRINAGAR: For the July 25 elections at the Muzaffarabad house, Pakistani politicians are invoking Kashmir, but people should strictly follow their traditions by following the Biradari consensus, according to reports in Pakistani media.

Muzaffarabad, living in a loop of Jhelum – an aerial photograph.

The competition pits the three political parties, the PML-N which ruled Pakistani Kashmir (PaK), the PPP and now Imran Khans PTI. There are other small groups including the Jamaat-e-Islami, the Muslim Conference of Jammu and Kashmir, but they are unable to secure the number required to rule the territory.

The Muslim Conference has ruled the region four times, but the entry of the Muslim League pushed it into a corner to the point that it only had two House seats in the 2016 polls. Analysts suggest that the real contest is between PML-N and PTI. In 2016, they had 31 and two seats respectively. It was Maryam who drew the huge crowds, according to media reports.

The unicameral House of Muzaffarabads has 53 seats. Among them, 45 are elected by direct suffrage, including 33 in the PaK and 12 for Kashmiri refugees living in the rest of Pakistan. The other eight are nominated and reserved for women, technocrats, religious scholars and the Diaspora. The Chamber represents 32 lakhs of voters, according to the global news agency AFP.

Last Sunday, more than 27,000 government workers in Muzaffarabad voted before being deployed to organize the poll. These include 5,114 presidents, 7,336 polling agents and 14,672 polling assistants. They voted in 33 berths across Pakistan Administered Kashmir (PaK).

On July 25, the people will vote on Sunday. Over 700 candidates from 32 political and religious parties are vying for 45 general seats

Unlike 2011 and 2016, this campaign was made different by the ceasefire in place and local leaders were able to move around without any tension. The media reported that the city of Muzaffarabad, located at the confluence of the Neelam and Jhelum rivers, looked in a festive mood.

Imran Khan also flew to Britain and campaigned in November 2020.

In the scenic valley perched in the Harmukh Mountains part of the great Himalayas, around midday under clear skies, more than 2,000 people gathered on the sprawling sports field of a government college in Kail to show their support for their candidate , owned by Pakistan’s Tehreek-e-Insaf (PTI) of Prime Minister Imran Khan, who is running as a front-runner in the upcoming elections, Anadolu news agency reported from Kail. Until a few months ago, it was hard to imagine a public gathering here, said Zafar Ali, a resident at the agency. It is because of the ceasefire, we are sitting here without any fear. Until February, people hardly got together, even for a wedding.

The campaign was abusive insofar as Pakistans Express Tribune commented in an editorial: The level at which our political discourse (if we can even call it that) shames even schoolyard and street disputes. But unfortunately in our country it no longer seems a surprise.

The region witnessed a 2016 campaign revolving around Burhan Wani. This election is contested on August 5, 2019. This season, PML (N) and PPP accuse the PTI of clearance sale. By attempting to make PaK a province of Pakistan, Maryam Nawaz has repeatedly said, Imran Khan was implementing a secret plan to legitimize what Delhi has done in Jammu and Kashmir. She presents herself as Kashmiri blood, a reference to her family’s Kashmiri roots.

PPP, having the slightest possibility of a major victory all the time, attacks both. The main attack on PML (N) is that they invited Prime Minister Narendra Modi to a wedding.

Now that Zulfikar Ali Bhutto was a traitor and Nawaz Sharif a dacoit, Imran Khan shocked the political class by formally approving the third option on Kashmir. During the UN referendum, he told a large rally in Trar Khal that his government would hold another referendum to give the people of Kashmir the choice to live with Pakistan or become an independent state. His statement is seen as a departure from the policy of the state of Islamabad Kashmir.

But the overdose on Kashmir and mainland politics has put the routine problems of daily life on the back burner.

Whatever the campaign, the result is seen on the basis of the caste and ethnic demographics of the area. Unlike a homogeneous Kashmir, the other Kashmir is heterogeneous and divided along ethnic lines. In a report from Muzaffarabad, the Anadolu agency reported that the biradaris matter more than the problems that politicians talk about. What is interesting is that the winning candidates move with the mainstream.

Six major castes or biradaris, Gujjar (Chaudhry), Sudhan, Rajput, Syed, Khawaja and Awan dominate the political scene in the region, the agency reported. The political parties have distributed the mandates among the representatives of these castes according to the concentration of their populations in the particular constituencies. The Gujjars dominated the 2016 assembly as they are the most populous in the region.

Slain Pakistani Prime Minister Benazir Bhutto’s daughter Asifa Bhutoo is campaigning in Kashmir elections across the LoC. The poll is scheduled for July 25.

“These politicians know the power of their respective biradaris. Therefore, they do not hesitate to join the party, which has a better chance of gaining power, ”said Anadolu agency quoting Sajjad Mir, a political analyst based in Muzaffarabad. Citing the example of Chaudhry Shehzad, who served as a minister in the incumbent Pakistan Muslim League (Nawaz) government led by triple Prime Minister Nawaz Sharif until last month, Mir said he quit the party. and that he had obtained the PTI in two hours. ticket.

What is interesting is that the Muzaffarabad elections resonate in Birmingham, a region in the middle of the UK where nearly 100,000 Mirpuris Kashmiris live. They have a bunk reserved for the diaspora. Although people come out with rallies and paid ads on local channels, the general impression is that the bunk is occupied on the basis of local politics by the ruling party.

They cite the example of Birmingham billionaire Javed Iqbal, who was offered the seat by Nawaz Sharief in 2016. But the election offers them a chance to travel and talk about Kashmir.

During this election, there was a heated debate over the allocation of seats to refugees. There are 12 berths reserved for 464,000 refugees, six for those who migrated from the divisions of Kashmir and Jammu in 1947 and 1965. Interestingly, six seats are reserved for 30,000 migrants from Kashmir (excluding about 8,000 families who migrated from Kashmir after 1990) and six out of 434,000 who migrated from Jammu and settled in Pakistan. All of these bunks, however, are used by the ruling party in Islamabad, which almost everyone knows and recognizes.