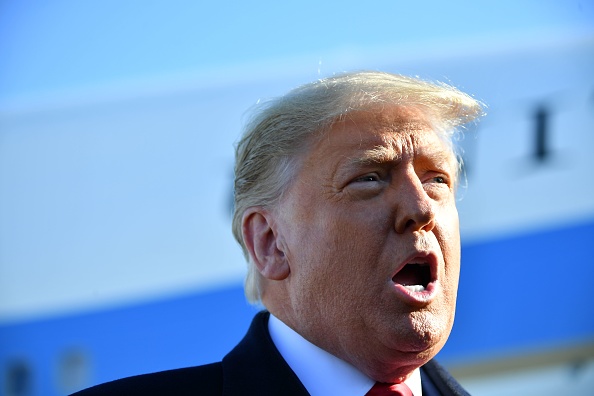 Former President Donald Trump lambasted Republican leaders for working with Democrats in what he described as the “so-called ‘bipartisan’ infrastructure bill.”

In a statement, paid for by his PAC Save America, Trump wrote that Senate Minority Leader Mitch McConnell and his group of “RINOS” (Republicans in name only) want to make the deal “at all costs” to show that ‘they can work with the “radical left democrats”.

Trump followed this by saying that Republicans should not work on the deal until they have “regained a strong negotiating position” after the 2022 election.

The post comes as The Associated Press reported that senators and staff spent the past weekend working on a final deal for the bill. The AP indicated that the financial figure allocated to public transport is currently an obstacle to the conclusion of the agreement.

Republican Senator Rob Portman of Ohio, who voted to acquit Trump on charges of inciting the Jan.6 Capitol riot but objected to the former president’s attempt to overthrow the presidential election of 2020, told the PA that the two sides were “about 90 percent of the way we have come” on the infrastructure deal.

Despite calls from the former president to end negotiations, infrastructure remains popular among his electoral base. Six of 10 GOP voters endorse the “compromise infrastructure plan”, according to a poll conducted by Yahoo News / YouGov.

Last year, the former president’s position mirrored the views expressed in the poll. In March 2020, Trump called on Congress to pass a $ 2 trillion spending plan to renovate roads, bridges and other infrastructure as part of the country’s response to the coronavirus pandemic.

A photo of the Infrastructure Bill statement, paid for by former President Trump’s Save America PAC. Save America

Trump introduced an infrastructure bill to Congress in February 2018, backed by $ 200 billion in federal funding that he said would support $ 1.5 trillion in private sector investment. Democrats ultimately opposed the plan because of its reliance on state and local funding as well as private investment.

Returning to his 2016 campaign, the former president said the following about America’s infrastructure:

“We have a country that needs new roads, new tunnels, new bridges, new airports, new schools,” he said during the debate against Hillary Clinton in September 2016. “We have become one third World countries”.