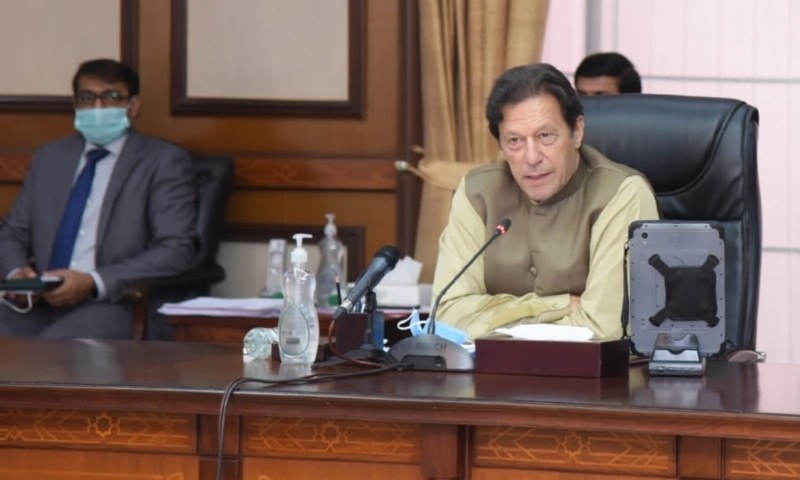 There is a sense of muffled elation among the PTI high command. The complete victory in Sialkot on Wednesday and in the Azad Kashmir election, while not exactly surprising, provided the party with an optical boost at a time when it needed a politically manly adrenaline rush. Somewhere deep in the bowels of the Red Zone, some very powerful people are sporting very big smiles.

The source of these smiles is not just an event, or an election victory, or a growth figure, or even a popularity poll no, none of these per se, but in fact the source is an organic proliferation of the perceptual belief that the PTI is finally ascending as a government. It’s a belief rooted in part in the fate of the rulers, in part in the series of happy events that allowed the unstable ship to navigate calmer political waters, and in part in the inability of the opposition to present itself as a viable alternative.

Beliefs are hard to challenge, even if they are supported by weak evidence. Today, PTI feels that its rise is fueled both by belief itself and by its evidence. Which may or may not be true, but over the last few months it has started to become a self-fulfilling prophecy. The PTI believes it is back on a winning streak, perishes at the thought of the Punjab disaster and has started to act as if it is almost near victory lap. This injected an element of vigor and enthusiasm into his performance. The party takes off and considers another term. The thinking men and women of the PTI have dissected the ingredients of their current confidence. Discussions with many such people lead to the following reasons for the revised PTI loot: 1) Prime Minister Imran Khan is the only option for the top office; 2) PML-N is in a leadership mess; 3) The establishment does not flirt with anyone else; 4) governance problems are easing, and; 5) Allies have no real reason not to remain Allies for the next term.

Illusions? Perhaps. But what matters most is that these perceptions reinforced by the victory of Sialkot and the AJK make the PTI strengthen its act of governance and amplify its image as the party best placed to win the next elections. A glimpse of this uber-confidence can be seen in the big event that is going to take place in August.

Reading: “Absolutely not” is not just a statement, it is an attitude the Prime Minister wears on his sleeve

Shehzad Arbab is the architect of this event, and of the politics behind it. As the Prime Minister’s Special Assistant (SAPM) on settlement, this former bureaucrat wants the work of all federal departments to be measured in goals and results. No more vague commitments and no more noble promises wrapped in good intentions and not much else. He has none of that. So, at the August event, Prime Minister Khan will sign an agreement with all his ministers on a document listing specific performance targets to be achieved over the next two years. A total of 41 departments and divisions are committed to achieving these goals. The work that has gone into preparing these documents has been rather intense, nearly 2,000 hours over the past ten weeks.

It’s an interesting project, and it reveals various contours of the approach PTI takes to showcase its performance at the end of its current five-year term. Last year, all ministries set one-year goals that totaled just over 6,000. This year, the two-year goals (2021-23) will number nearly 15,000. Shehzad Arbab has put in place an elaborate structure for the workflow to lock departments into performance commitments. It looks something like this:

All 41 ministries are required, through the minister and the secretary, to list the specific performance targets they plan to achieve. The secretary and his team then present these objectives to a high-level committee. Called the Peer Review Committee, it is overseen by Arbab, chaired by the Vice Chairman of the Planning Commission, and includes the secretaries of finance, establishment, cabinet and planning. This committee approves the list which is then shared with the Prime Minister’s Office. The current process will end tomorrow (Friday).

A key element formally identified, recognized and recognized through this project is the multiple dependence that ministries have on other ministries to accomplish the work. So typically, the department justifies the lack of work, or the slowness of it, by saying that the file is glued to the other department for approval. It turns out that the level of these dependencies has now been quantified and the numbers show that over 30 percent of all of these dependencies are in five key federal departments: Law (9pc), Finance (8pc), Cabinet (7pc), Planning. (6pc) and Establishment (3pc).

The Federal Board of Revenue (FBR) recently had an interesting meeting to present goals to the PMO’s peer review committee. Arbab chaired the meeting while Planning Commission Vice-Chairman Jahanzaib Khan took a close look at RBF’s goals. The Excel sheet of targets was displayed on a projection screen and an SAPM assistant continued to update the lists and comments as the meeting progressed.

RBF President Asim Ahmed looked at the initiatives one by one and faced cross-cutting questions from SAPM Arbab and Jahanzaib Khan. Dawn was specially invited to sit at the meeting. An RBF target said the project would roll out on a certain date. Jahanzaib intervened: The deployment is not quantifiable, he said. It must be implemented by the date. The wording has been changed. The RBF official then mentioned the plans for an electronic courtroom to be launched one by one at various locations. Jahanzaib asked why it couldn’t be launched simultaneously. The RBF official gave some explanations which were not considered satisfactory. The target has been changed for simultaneous launch. Another initiative concerned the improvement of a certain internal process. The Vice President of the Planning Commission objected with a relevant point: the back-end process should not be a target, end-user facilitation should be.

Only a bureaucrat can detect bureaucratic jargon. An RBF official said 20% of corruption complaints against RBF were pending while the rest had been dealt with. It may have sounded impressive to a layman, but Jahanzaib asked what the actual number of complaints was. Turns out it was 127. Is that it? He asked. The volume is too low.

At 15,000 however, the list of goals compiled for the next two years is anything but small. Shehzad Arbab believes that ministries will have no choice but to achieve these goals as they are now documented, agreed upon and will be signed between the prime minister and the minister. The PM will take action against those who do not get what is committed, says an official involved in the process.

Getting the bureaucratic machinery to start producing results-oriented work is not easy. But without real pressure from the opposition and with growing confidence in its stable position, the PTI government seems confident that it can actually show the people that it can, contrary to popular perception, actually govern.