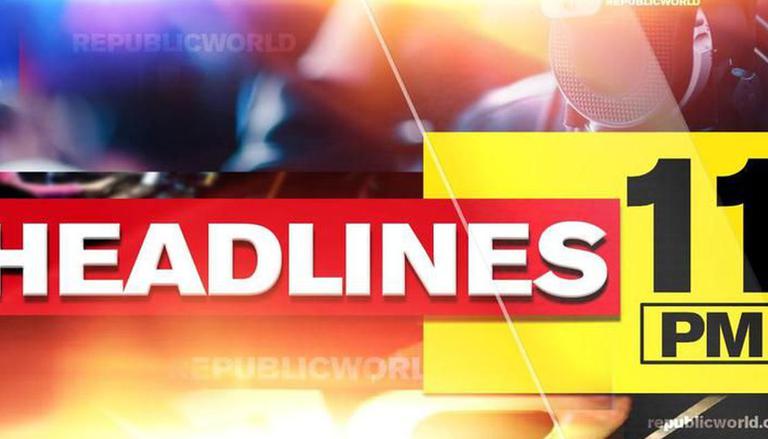 PM Modi chairs the BRICS Summit; highlights the “many firsts”, the plan to fight terrorism

BRICS: Putin castigates US for “irresponsible attempts to impose foreign values” on Afghanistan

Russian President Vladimir Putin, at the 13th BRICS summit on September 9, criticized the United States in his opening speech. The Kremlin leader said the international community will have to clean up the mess left in Afghanistan by the United States. In addition, he urged member states to respect the fundamental principles of the United Nations Charter and not to interfere in the internal affairs of any country.

Center places order for 66 Cr Covishield doses with SII; To be provided by December

As India continues to fight the pandemic, the Union government on Thursday placed an order with the Serum Institute of India (SII) for 66 crore doses of Covishield to be provided by December. The latest development comes after SII’s director of government and regulatory affairs Prakash Kumar Singh informed the Department of Health that the company would be able to deliver 22.29 crore in doses of Covishield in September.

In an important development regarding the upcoming assembly elections next year, the BJP would sound the ballot for the Uttar Pradesh assembly elections after Dussehra, sources told Republic Media Network. As the elections approach, Prime Minister Narendra Modi and Union Home Minister Amit Shah will travel one after another to polling place Uttar Pradesh to undertake a election campaign and rallies. According to sources, Prime Minister Modi would address more than 24 rallies, while Amit Shah would address more than 48 rallies for the upcoming elections.

Tripura has witnessed several incidents of violence in various parts of the state as clashes erupted between CPI (M) and BJP activists, the former accusing the latter of destroying their office. CPI (M) Indian Communist Party leader Prakash Karat on Thursday accused the Bhartiya Janata Party (BJP) of carrying out such activities in Agartala and announced a nationwide protest against the violence.

After National Conference (NC) chief Tarlochan Singh Wazir was found dead at his residence in New Delhi, Delhi police on Thursday recorded a murder case. In the recorded case, Harpreet Singh, an acquaintance of Tarlochan Singh, was named as a suspect. Several Delhi police teams have been formed to locate Harpreet Singh who is currently on the run.

A conflict of interest complaint has been filed with the BCCI apex board against the appointment of MS Dhoni as Team India’s mentor for the upcoming T20 World Cup. According to a report by the ANI news agency, the complaint was lodged by former MPCA member Sanjeev Gupta, who has also been the source of similar complaints in the past. The complaint says the appointment of MS Dhoni as a mentor to Team India’s T20 World Cup squad violates the conflict of interest clause, which requires a person not to occupy more than one post at a time.

Two top state-subsidized universities and colleges on Thursday secured top spots in the National Institute’s ranking framework, prompting West Bengal Chief Minister Mamata Banerjee to express her joy facing development on Twitter. The University of Calcutta got the fourth position in the NIRF ranking, and the University of Jadavpur (JU) came eighth on the list.

Historic opportunity could be missed (NOTICE)