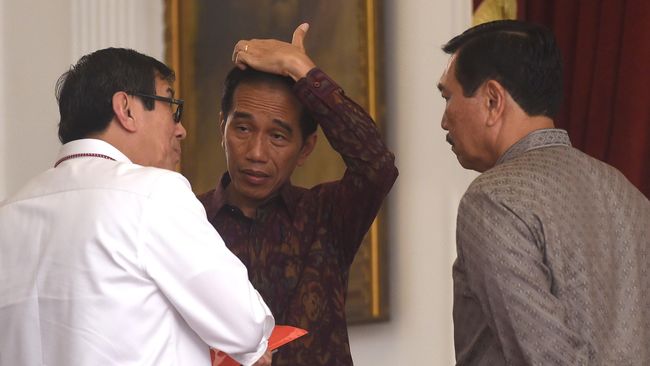 “The president must immediately assess the position of the Minister of Justice and Human Rights, especially with regard to the government reshuffle project in the near future while ensuring that this event does not happen again in the near future. ‘future,’ said imparsial researcher Hussein Ahmad in his statement. , Thursday (8/9).

According to him, Yasonna was responsible for 44 inmates who died in the incident. He also urged the DPR to immediately summon and assess Yasonna’s performance for her failure to overcome the overcapacity issue which is a problem in prisons across Indonesia.

According to Hussein, the Tangerang prison fire shows the failure of the Department of Justice and Human Rights to fulfill its mandate to reform the criminal justice system, especially in prisons.

“Problem overcapacity which we have faced so far, almost completely without political breakthroughs or concrete solutions, ”he said.

Regarding overcapacity, according to Hussein, civil society groups have long proposed the decriminalization of drug addicts. The proposal considers that most of the occupants of the prison are convicted of drugs.

The decriminalization effort, he continued, is important not only to protect drug addicts who are in fact victims, but also to reduce the number of detainees in prisons and remand centers.

What’s more, the government also admits that Tangerang Prison, for example, has overcapacity of up to 400%. Under these conditions, Hussein considered it difficult to save lives in the event of a fire.

“To ignore this condition is in fact tantamount to torture and at the same time endangering human life, as happened to prisoners in Tangerang prison,” he said.

Yasonna himself expressed his condolences for the burning of the Class I prison in Tangerang. He also said that one of the causes of the many deaths in the incident was the prison’s overcapacity.

According to Yasonna, one of the reasons for the overcapacity of prisons is the content of the narcotics law which punishes drug users.

On this basis, he advocated for the revision of the Narcotics Law as one of the measures to reduce the overcapacity conditions that occur in almost all prisons.

“The culprit in our prison is overcapacity, because inmates are prisoners of narcotics. I always say that it is very strange that one type of crime, namely narcotics crime, dominates more than 50% of the content of jail, ”Yasonna said on a Newsroom show. on CNNIndonesia TV, Wednesday (8/9).

Hamish Bowles Presents Everything You Need To Know About American Fashion