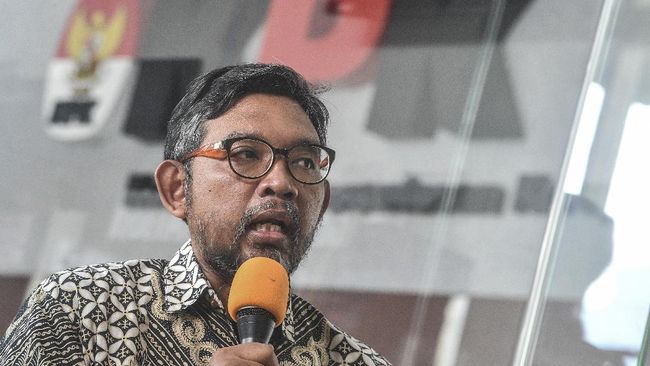 The Mediator and Komnas HAM concluded that the process of transferring the status of KPK employees to the civil state apparatus (ASN) via the TWK was problematic due to maladministration and human rights violations .

According to Giri, the Supreme Court’s opinion regarding TWK essentially stated that the appointment of 75 KPK employees, deemed unqualified to become ASN, was within the purview of the government and that Perkom 1/2021 was legal.

Giri, an employee who was found not to have passed the KPK TWK, said the time has come for President Joko Widodo (Jokowi) to take a stand to determine the fate of KPK employees who are still inactive.

“We are already in the final round. It is time for the president to take a penalty without a goalkeeper,” Giri said on his Twitter account @girisuprapdiono quoted on Friday (10/9). He gave permission CNNIndonesia.com to quote the tease.

The conclusion of the legal efforts his party has made so far, Giri said, is that the first TWK settlement is valid according to the decisions of the Constitutional Court and the Supreme Court. Then, the process of transitioning employees from KPK to ASN is a transfer of status, not a selection.

Finally, the implementation of the TWK is problematic with the findings of maladministration and human rights violations.

“All the institutions decide within the framework of their respective powers, without denying each other”, he declared.

Giri also satirized the Vice Chairman of the Corruption Eradication Commission, Nurul Ghufron, who argued that the Supreme Court’s decision to dismiss the Judicial Review of Perkom 1/2021 rejected the findings of poor administration and human rights violations.

Previously, the Supreme Court had dismissed the application for judicial review of inactive employees of KPK, Yudi Purnomo and Farid Andhika linked to Perkom 1/2021.

The Meeting considered that the design of the transfer of Employees from KPK to ASN complies with the provisions of Law No. 5 of 2014 relating to ASN and its implementing regulations. TWK, according to the assembly, is the one that is accepted as an objective measure to meet the requirements to fill the position.

The TWK is also a requirement for the selection of ASN and the career development of civil servants.

Previously, Presidential Chief of Staff (KSP) Moeldoko has denied that President Joko Widodo’s directives on the KPK TWK have not been heeded.

Moeldoko said Jokowi’s attitude was clear on the fate of the 75 KPK employees who failed the TWK. He said the final decision was in the hands of the KPK leadership.

He said this when asked about the decision of the management of the anti-corruption agency which was not in line with Jokowi’s leadership. “No [tidak didengar arahan]. Everyone has their own considerations, “Moeldoko said at the Parliament complex, Jakarta on Wednesday (2/6).

Moeldoko said the Palace will no longer interfere with the TWK KPK controversy. According to him, this issue is currently an internal matter of the KPK.

The former TNI commander said that each ministry / institution has the opportunity to deal with its own internal issues. He hopes the KPK can solve the TWK problem.