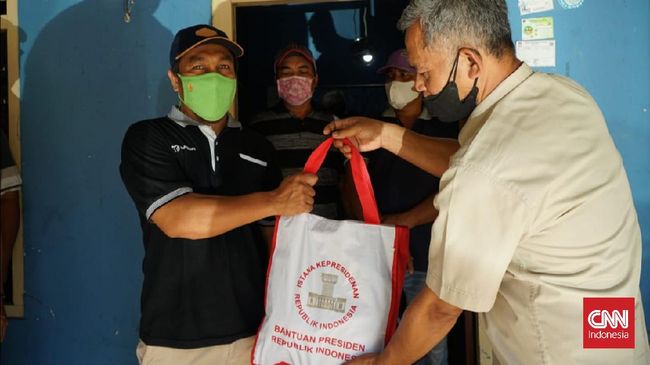 This was done following the action of the farmers of Blitar who deployed posters asking for the help of President Joko Widodo, during a visit to the region, last Tuesday (7/9).

As is known, farmer Blitar expressed his yearning to the president regarding the high price of corn. “Pak Jokowi helps farmers buy maize at fair prices,” he wrote on his poster.

“Farmers have raised indications of a potential build-up of corn by irresponsible parties,” Yudhi said on Friday (10/9).

Farmers have called on the Food Task Force to take firm action against these irresponsible parties. Because hoarding feed is so damaging to them.

“The hoarding of corn will certainly be followed by the Food Task Force,” he said.

Yudhi hopes farmers will cooperate to provide information if they find any indication of parties deliberately taking advantage of the opportunity by hoarding corn.

“We are asking for cooperation if the farmers have information related to maize hoarding so that they can report it to the food working group,” he said.

During the Covid-19 pandemic, Yudhi also hopes that farmers can maintain the situation in Kamtibmas so that Blitar’s economy also improves.

The meeting aimed to find a solution linked to the aspirations of farmers who complained about the high price of corn for animal feed.

“At this meeting, all the representatives of the farmers expressed their aspirations regarding the high price of maize,” he said.

Farmers, he said, hoped that there would be a solution from the government in the form of subsidizing the purchase of corn at a reasonable price in accordance with the regulations of the Ministry of Commerce.

“Considering that Blitar Regency is the center of poultry farmers with the number of farmers reaching 4,500 farmers. The corn requirement of Blitar Regency farmers is 1,200 tonnes per day,” he said.

Responding to farmers ‘aspirations, the General Directorate of Food Crops of the Ministry of Agriculture said the government will immediately send a letter to PT Seger so that the price of corn can be lowered according to the farmers’ needs.

The government has also prepared a transport subsidy of IDR 900 million for the maize needs of farmers in Kendal and Blitar.

“Regarding the transport subsidy provided by the government, up to 500 tonnes of maize,” he concluded.

Previously, a video clip on social media and mass media showed the moment a man unfurled a poster in Jokowi. The moment came when Jokowi left the Covid-19 vaccination zone to Bung Karno’s grave in Blitar on Tuesday (7/9).

The man unfurled a poster as Jokowi waved his hand through the car window. The poster reads: “Pak Jokowi helps farmers buy corn at fair prices.”

After Jokowi’s car passed, a resident took the poster. Police were later seen to apprehend the man and put him in a car.

“The person concerned is not detained, not secured, only questioned,” she confirmed. CNNIndonesia.com, Wednesday (8/9).

After being questioned, Gatot said the man was sent home and was with his family.

He claimed that the police had taken no action against the man. His party even welcomed the aspirations of Blitar farmers to be followed and accommodated with the local ranks of Forpimda.

NBA 2K22 Review: 22 Thoughts on Shooting, Dribbling, and My Team