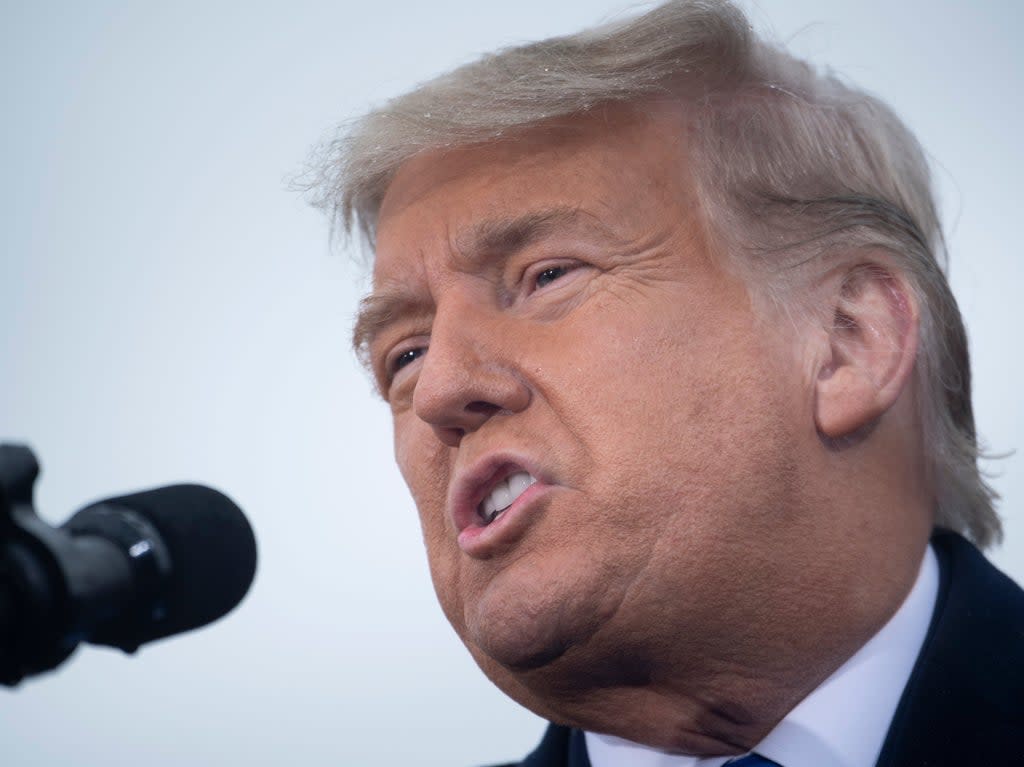 On the 20th anniversary of September 11, President Joe Biden visits the three sites affected by the terrorist attacks. Former Presidents Barack Obama and George W Bush paid tribute to the victims of Ground Zero in New York and the Pennsylvania field where Flight 93 crashed, respectively.

Former President Donald Trump will be in Florida to attend a boxing match at the Hard Rock Casino in Hollywood. Mr Trump is lined up as a ringside commentator at the event featuring David Haye and Evander Holyfield, as well as his son Donald Trump Jr.

Some 2,996 people died on September 11, 2001 when three commercial planes were hijacked by terrorists, making it the deadliest terrorist attack on American soil.

Mr Trumps plans to spend the dark anniversary when a boxing match has been met with disgust and resignation.

It sounds like a parody of the sort of thing Donald Trump would do, but it’s perfectly fitting for this disgraced ex-president, essentially exiled from polite society, to spend this solemn occasion making boxing comments on pay-per- view, MSNBC said presenter Chris Hayes on his show.

Does it surprise you even by its low level? Mr. Cooper asked Ms. Trump. If another former president decided to spend 9/11 commenting on a pay-per-view boxing match, people would have their heads exploded.

That has always been the problem, she said in response. For reasons that are very difficult to understand. There is a completely different standard that Donalds held to. In fact, he didn’t stick to any standard.

It is shameful, she added.

Commenting on novelty boxing matches seems like exactly the sort of thing Donald Trump would do in a world where he DIDN’T become president, wrote Twitter user Alex McClintock. Another individual, Jordan Elgott, commented: We live in an amazing world.

Pete Dominick added: Trump is recounting a 9/11 fight, which is good because we’d rather not have his 9/11 commentary.

Mr. Trump is also due to visit the 9/11 memorial in New York on Saturday afternoon, but separately from other U.S. leaders who attended the morning memorial service, The New York Post reported.

He is also expected to give a video speech at the Let Us Worship event on the National Mall in Washington DC.