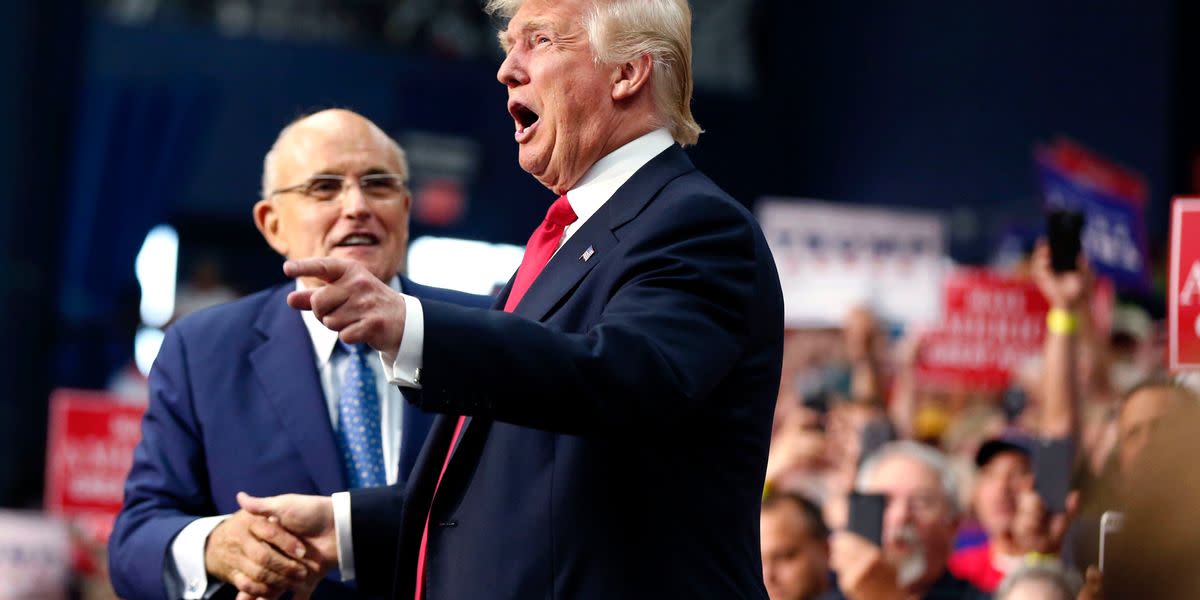 Kudos to Rudy Giuliani (for the 20th time!), The greatest mayor in New York City history, for showing such leadership and doing such an incredible job during and after the attack on our Nation! Trump said in a statement on Saturday.

While Giuliani was dubbed the mayor of the Americas following the 2001 attacks, his reputation has steadily declined since. A longtime Trump ally who was also the president’s former lawyer, Giuliani now faces a mountain of legal fees in his fight against Dominion Voting Systems, which is suing him for $ 1.3 billion after Giuliani falsely claimed that the company’s voting machines were rigged during the 2020 presidential election.

Trump, who spent his post-presidency days at his Florida resort town, has done little to help his former ally, flatly ignoring Giulianis’ pleas for help in raising funds.

In addition to congratulating Giuliani, Trump also posted a video on Saturday calling September 11 a very sad day and saying there were many things on display that day, including the bravery of our police, firefighters and first responders of all kinds. He then embarked on an attack on President Joe Biden and the US withdrawal from Afghanistan, which Trump negotiated during his presidency to allow the release of 5,000 Taliban prisoners.

On Saturday, Biden attended a memorial service in New York City with former Presidents Bill Clinton and Barack Obama. Former President George W. Bush delivered a speech on the ground where Flight 93 crashed in Shanksville, Pa. On September 11, 2001, and spoke of the dangers of international and domestic extremism.

Trump, meanwhile, will spend Saturday night at a Florida casino where he will commentary at ringside during a boxing match.