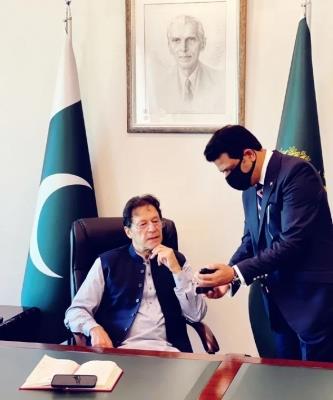 The Pakistani prime minister is one of the guests at the SCO summit, which risks being overshadowed by chaos in Afghanistan following the Taliban takeover of Kabul on August 15. to lead the air assault on the ethnic Tajiks who had mounted an anti-Taliban resolution in the famous Panjshir Valley.

Unsurprisingly, as the Tajik capital prepares to host the all-important SCO Council of Heads of State meeting from September 16, civil society groups across the country have urged the government led by Emomali Rahmon prevent Pakistani Prime Minister Imran Khan from attending.

Tajik civil society on Friday urged the country’s authorities to postpone Khan’s visit to Dushanbe “until Pakistan refuses to interfere in the internal affairs of Afghanistan” and an inclusive government is in place. not created in Kabul.

Anti-Pakistan sentiment has only grown stronger since the Taliban launched a Pakistan-backed military operation to decimate the resistance mounted by Ahmad Masood, former Afghan Vice President Amrullah Saleh and their Tajik fighters in the valley from Panjshir, in northern Afghanistan.

In a statement posted on Facebook, the civil society group said the Taliban have turned out to be a puppet of Pakistan and need Islamabad to destroy their opponents.

“We categorically condemn Pakistan’s intervention in the internal affairs of Afghanistan, in particular the involvement of Pakistani military planes in the bombing of the inhabitants of Panjshir,” Dushanbe’s Avesta news agency said from publication on social networks.

“We believe that on these days and nights, as the hearts of millions of Tajikistanis bleed from the killing of people in Kabul and Panjshir, Pakistani Prime Minister Imran Khan’s next visit to Dushanbe, his meeting in Tajikistan is not not wanted, ”he added. statement added.

In its open speech, Tajik civil society urged Tajikistan’s foreign ministry to postpone the Pakistani prime minister’s visit to Dushanbe until Pakistan rejects the political and military support of the Taliban government in Afghanistan, the question is discussed at the UN and an inclusive government agreement is formed in the neighboring country.

“In our opinion, Tajikistan and other countries of the Shanghai Cooperation Organization are obliged to establish a special commission and send it to Panjshir and other parts of Afghanistan to investigate the facts concerning Pakistani intervention and ethnic cleansing of the local population, ”the call said. .

The group said the evidence gathered from crimes committed by the Taliban and the Pakistani military, especially in Panjshir, should then be sent to relevant international organizations, especially the UN.

“Unfortunately, the launch of a large-scale operation by the Pakistani army against the Afghan People’s Resistance Front in Panjshir, the genocide of the Tajiks, the suppression of the women’s uprising in Kabul and Herat, and the creation of a Nazi Taliban government in Kabul, although considered temporary, indicates the existence of the previously developed Taliban scenario. It has now become the object of extreme concern to the world community and to the countries neighboring Afghanistan, “said noted the activists.

Civil society groups, which have played an important role in Tajikistan’s growth and development over the past two decades, now fear that the current situation in Afghanistan could lead to a protracted Afghan civil war and instability in Afghanistan. Central Asia.

Rahmon had told Qureshi that the Tajiks have “a worthy place” in the future government of Afghanistan and that Dushanbe will not recognize any other regime that will be formed “by oppression”, regardless of the position of the whole. of the Afghan people, in particular of all their national minorities.

This was, of course, long before bloody Sunday (September 5) when Pakistani drones, helicopters and special forces allegedly launched a joint operation with Taliban fighters to crush the Tajiks in Panjshir.

With not only Tajikistan, but even Russia and Iran furious with anger over the Panjshir bloodshed, it’s Imran Khan’s turn to take cover now.

Disclaimer: MENAFN provides the information as is without warranty of any kind. We accept no responsibility for the accuracy, content, images, videos, licenses, completeness, legality or reliability of the information contained in this article. If you have any complaints or copyright issues related to this item, please contact the supplier above.