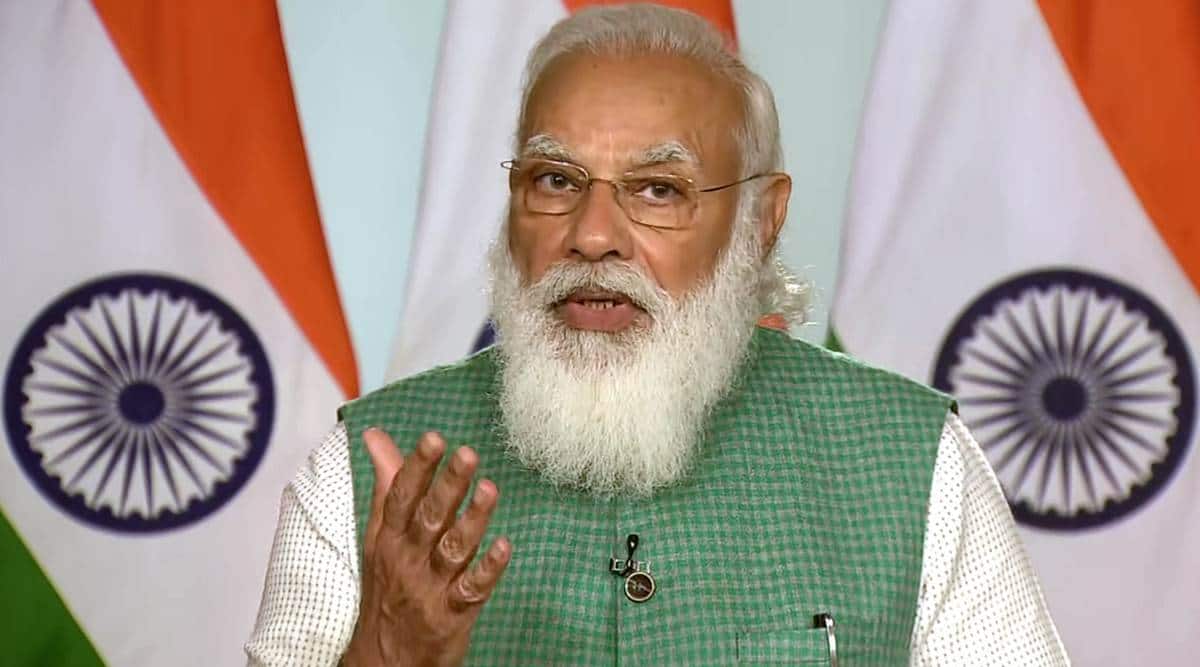 From the Prime Minister’s birthday next week, a campaign will begin to revitalize his image. It will continue for three weeks. As part of this exercise, 14 bags of crore with his photo will be distributed to thank him for giving needy people five kilograms of free grain. Five crore postcards will be sent to thank Modiji for helping the poor. Videos thanking him for the Covid vaccinations will be screened and there will be meetings and exhibitions on the life and work of the Prime Minister so that every Indian becomes aware that he is the Messiah of the Poor. This newspaper reported that this was all done to counter the negative publicity that came from the mismanagement of the second wave of Covid.

Why is this necessary when, according to his ad machine, he has an approval rating of over 70 percent, which is the highest of any other leader in the world? Why is this necessary when the powerful Indian media has become submissive, frightened and sycophantic? Famous TV presenters use their shows to sing praises to the Prime Minister. Even in those terrible days of April and May, when Covid patients were dying outside hospitals for lack of beds, oxygen and medicine, there had been no personal criticism of Modi. Even when it became apparent that Modis’ immunization task force had not ordered vaccines on time, no one blamed the prime minister. So why is he feeling so insecure that he has to use his 71st birthday to create a Modi cult?

After pondering this question for a long time, I concluded that it could be because someone at PMO finally dared to draw their attention to certain realities on the ground. These realities are harsh. Last week, the farmers’ protest, which has now been going on for almost a year, gathered momentum and Rakesh Tikait reminded a large gathering of angry farmers of an old slogan from the days of his father Allah-u -Akbar, Har Har Mahadev. The reason the alarm bells are said to have sounded in BJP circles is that it is a clear sign that the Muslims and Jats of western Uttar Pradesh have abandoned hostilities in recent years and have renewed their friendship. Not good news for the BJP, with state assembly elections slated for less than six months.

Rabid hyper-nationalism that relies on portraying Muslims as traitors works when the economy is doing well and life is easy. Right now, life is tough. Unemployment, according to most polls, is the biggest problem facing young Indians, and the steep rise in the prices of everything from food to fuel is the biggest headache for ordinary Indian families. In any case, they lived off their savings during these long months of Covid confinement. Millions of Indians who had made it into the middle class have now fallen back into poverty. Clearly, if new jobs and hope for prosperity are to be revived, the impetus will have to come from the private sector.

How will it be when big Indian companies are accused of being anti-national? First, it was the Minister of Commerce who criticized the Tata group for placing its own interests above the national interest. Then last week RSS spokesman Panchjanya accused Infosys of trying to deliberately destabilize the Indian economy. RSS spokesmen later tried to distance the BJP mothership from this bizarre and unwarranted attack, but the damage was done.

Added to this is another harsh reality. Underprivileged Indians cannot begin to hope that their children will see a better future because schools have been closed for so long that millions of children have forgotten how to read. A survey released last week titled Locked Out: Emergency Report on School Education found that 75 percent of 1,400 children surveyed have seen their reading skills decline in the past 18 months. The survey carried out in 15 states and Union territories found that almost half of the children included in the survey were unable to read more than a few words.

So it’s true that the story has to change. But, if the Prime Minister allows this massive exercise of restoring his image to continue in the hope that he will put an end to the negative publicity that has surrounded him since his last birthday, he is making a big mistake. The message this campaign to thank Modiji is likely to send is a message of appeasement and worship of the kind that the Kim family of North Korea is famous for. The only Indian leader who tried to do this was Indira Gandhi, and she did so during the state of emergency, after suspending democracy. History reports that she totally failed in her efforts to improve her image by building a cult around herself.

Will Modi succeed in changing the narrative by ordering India to thank him ad infinitum in this campaign which begins on his 71st birthday? Personally, I think this type of whitening usually fails. Thanking Modi for the vaccinations that are every Indian’s right is as inexplicable as thanking him for distributing free grain to desperate and hungry people. Why should someone thank him for doing his job? It is the realities on the ground that must change, for unless they change, the narrative will not change.