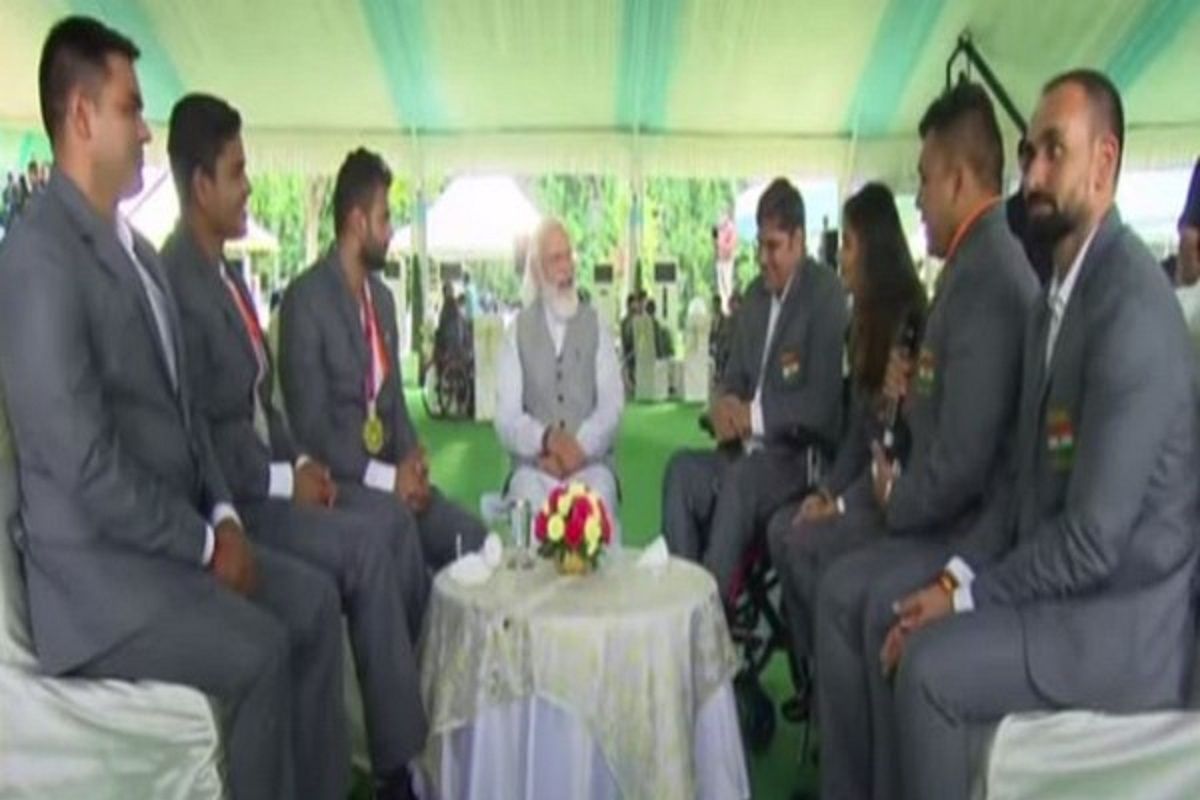 New Delhi: A nearly hour-long video of Prime Minister Narendra Modi’s interaction with the para-athletes, who made the Tokyo Indian Paralympic Games famous, was posted on Twitter on Sunday. Moving quickly from table to table, PM Modi recognized, urged, congratulated and congratulated the para-athletes for their incredible performance at the Tokyo Paralympic Games, telling them he felt motivated and inspired watching them compete. .Also Read – Sports Minister Anurag Thakur congratulated the triumphant Paralympians and hopes for a better show in 2024

Recognizing their brilliant campaign in Tokyo, which brought in an unprecedented 19 medals, including five gold, Modi said India’s famous para-athletes had “a lot more to offer” the country and urged them to play a role outside. of the sports arena to bring about a change. Also Read – Tokyo 2020 Paralympic Games: Noida DM Suhas Yathiraj Wins Badminton Silver; PM Modi, President Congratulate the IAS Officer

“I get motivation, inspiration from all of you,” Prime Minister Modi said during the interaction on Thursday.

The PM was presented with an autographed stole and his personal equipment by the athletes.

He pledged his support to the players and said the whole country shares their dreams of sporting excellence.

“You have a lot to offer the country… the future is bright and I am always here to support you, your dream is our dream and to make it come true, I will do whatever it takes,” he added.

On Thursday, the Prime Minister welcomed the Indian contingent for the Tokyo 2020 Games to his residence over breakfast.

“I found it very touching but what were you thinking when you did this?” PM Modi asked.

“I saw health workers do their duty without thinking of them, that’s what inspired me to do this,” Nagar replied.

Athletes became outspoken when interacting with silver medal-winning paddler Bhavinaben Patel, revealing that she overcame a viral infection and bout of fever during the Games.

“I didn’t have a good first game because of it. It was a difficult day but I thought about your words during the farewell and I was not one of those who met you that day. So I decided that I would do anything to meet you. I also thought this might be my only chance, ”she said.

During the interaction, PM Modi congratulated them on their record performance at the Games.

The Paralympic Games took place from August 24 to September 5 in Tokyo, where India had sent its largest contingent. A total of 54 Indian athletes participated in nine sporting events.

The prime minister said the achievements of the para-athletes would help develop a sports culture in the country.

“I think there must be a workshop on training disabled athletes, a book can also be written,” Prime Minister Modi said, praising the indomitable spirit and the will of the athletes.

During the session, 19-year-old Avani Lekhara, who won gold and bronze, India’s top Paralympian Devendra Jhajharia, and shooters Singhraj Adhana and Manish Narwal, among others, alongside Sports Minister Anurag Thakur and his predecessor Kiren Rijiju.

“As you told us at the start, give your best and don’t take any pressure, I only did it during the Games. The medals came by sticking to that, ”said Lekhara, the first Indian woman to win a gold medal and two medals at the Games.

As he did with returning stars at the Olympics, the Prime Minister also advised para-athletes not to let success go to their heads and defeat cloud their minds.

“Your indomitable spirit and will is commendable in light of the insurmountable obstacles that para-athletes have overcome in their lives,” Prime Minister Modi said during his interaction.

The para-athletes thanked the Prime Minister for inviting them and said they felt honored to share a table with him, calling it a great achievement for them.

Speaking at the session, Jhajharia, who won her first gold at the Athens Games in 2004, said her mother had to sell her jewelry to fund her trip to the Greek capital, highlighting the change that has happened since then.

Since its debut in 1968, India had won 12 medals until the 2016 edition of Rio. Out of 162 nations, India finished 24th in the overall medal standings in Tokyo.

What was a pleasant surprise for the athletes was that the Prime Minister also knew some of their struggles stories.