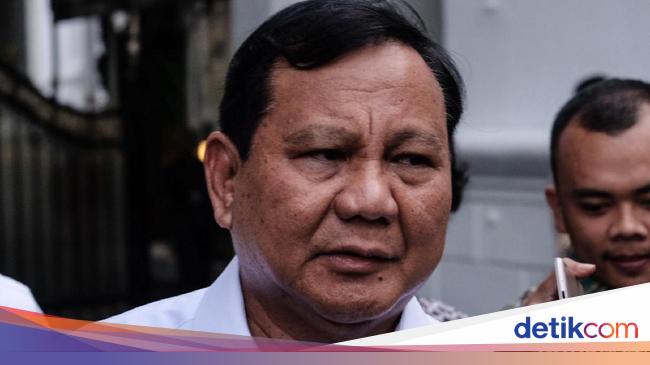 Indonesian Director of Surveys and Polls (Spin), Igor Dirgantara, said the Gerindra party’s membership in the governing coalition will not affect Prabowo Subianto’s eligibility in the next presidential election. He said Prabowo’s voters would not see a decline as they got new voters from supporters of President Joko Widodo.

According to him, the migration of voters from Prabowo continues, including supporters disappointed that Gerindra has joined the government.

“But voter migration has also happened for Pak Jokowi supporters who feel respect and appreciate Pak Prabowo’s performance in working with the president to overcome the COVID-19 pandemic,” Igor said in a written statement. , Sunday (12/9/2021).

As is known, Prabowo first faced Jokowi in the 2014 presidential election. Meanwhile, Prabowo lost and decided that the Gerindra party would become the opposition. On the second trip away in 2019, Prabowo lost again, but decided to join firm Indonesia Maju.

The survey indicates that Prabowo leads the popularity gains with a score of 89.1%. The acceptability is 76.7%.

“I consider Pak Prabowo to be always in the hearts of people and the public also consider giving Pak Prabowo an opportunity to present themselves again,” he said.

He argues that Prabowo has a number of advantages for him to deserve to be a presidential candidate. First, the commitment to democracy.

“In fact, if I step down, at that time Pak Prabowo was still a cadre of Golkar, he attended the presidential candidates’ convention in 2004 (and) he lost, he never got angry. (then) made Gerindra as tall as he is now, ”he explained.

The next advantage, continued Igor, is that Prabowo is known on the world stage. He gave an example, Prabowo was given permission to enter the United States some time ago, even though he was banned for allegedly being involved in gross human rights violations.

“Prabowo also always puts the interests of the people at the forefront. It shows in every one of his speeches, whether as defense minister or general chairman of Gerindra DPP,” said Igor.

According to Igor, Prabowo’s problem with running in the 2024 presidential election is just the age factor. However, he said, it was not significant as it has happened in a number of countries such as US President Joe Biden.

For information, the survey, which took place from August 7 to 21, 2021, involved 1,670 respondents in 34 provinces. The study used a multistage random sampling technique with an average margin of error of about 2.4% at a 95% confidence level.

Also look at the figure of Stanve, world-class math expert from Tangerang