This big book written by Christophe Jaffrelot has 639 pages in electronic version. Each page bears witness to careful research and careful documentation. The book covers virtually every issue in Indian politics since the days when Prime Minister Narendra Modi rose to prominence in his home state of Gujarat. The 2014 general election provided him with a national platform to experiment with the political and electoral strategy he had adopted in the state and to commercialize Gujarat’s much contested development model.

In the first of the three parts of the book, Jaffrelot analyzes the strategies deployed by Modi to conquer power. His fiery rhetoric and provocative vocabulary, a personalized style of communication, and uninhibited criticism of rivals, especially congressional leaders, as dynastics, elitists, corrupt and ineffective, earned him electoral success in the general elections of 2014 and 2019. Commentators began to refer to him as the game’s newest populist.

The only other Indian prime minister who could be called a populist was Indira Gandhi. Dismantling the famous coalition organization of the Congress Party, it created a national constituency in 1971. Opponents cheered it on, supporters fell at its feet and regional elites who were at one time the USP of the Congress system have been rendered unnecessary. From a coalition of various interests, the party has turned into a durbar.

Something similar happened when Modi rose to prominence in Gujarat, suggests Jaffrelot. Hindutva’s disciplined organization, the RSS, used to believe that the leader should be subordinate to the collective. In a short time, the organization accepted the Modis style of leader-oriented politics. He created a parallel support system populated by modern young women and men, clad in jeans, many of whom had returned after a stint at a foreign university. They ruled the party’s formidable computer apparatus, kept in touch with fluctuations in public opinion, and banned any kind of criticism of Modi and his policies. 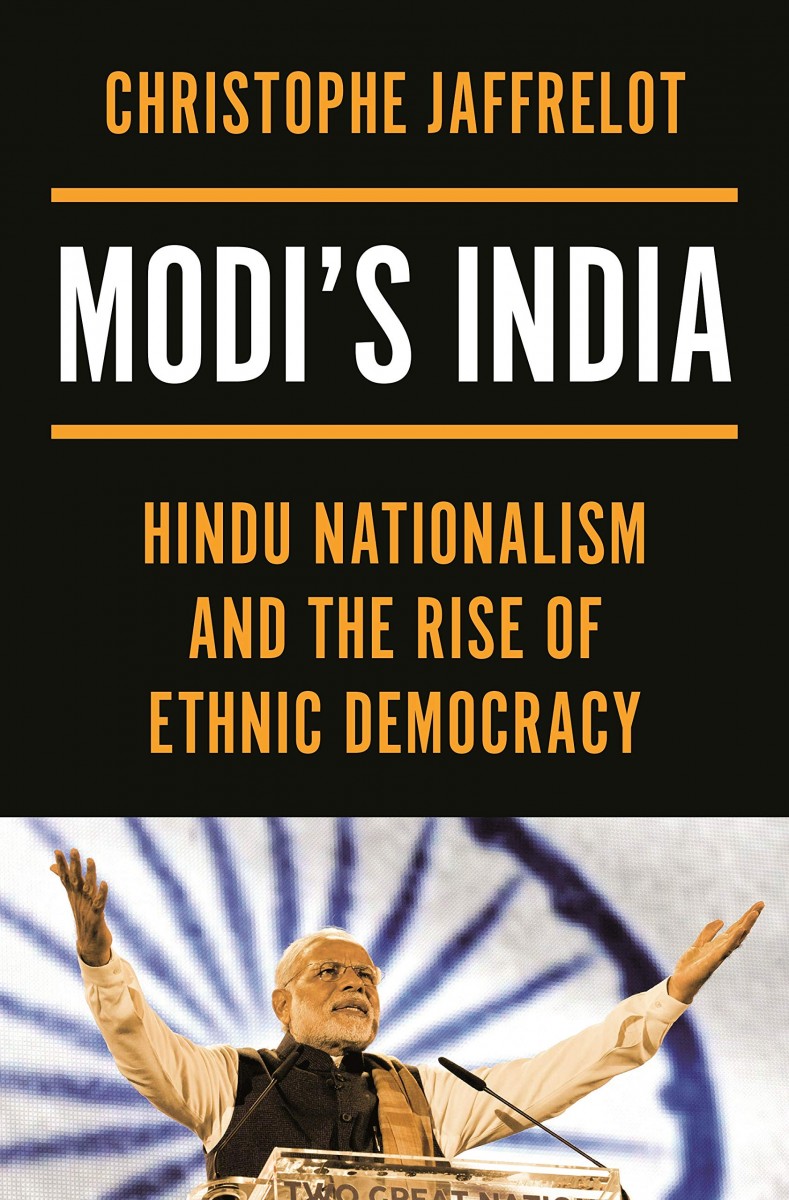 The prime minister, suggests Jaffrelot, calls out to the electorate because he straddles the world of tradition and that of modernity. The point deserves to be noted. Remember how easily Modi presided over elaborate religious rituals during the dedication of Ayodhya temple and the rebuilding of Lutyens Delhi. He is equally interested in technology, from smartphones and social media to space and the moon. He was the first politician to seize the power of social media. He was also the first politician to identify and reach out to ambitious but disgruntled angry young men and non-Yadav CBOs as politically significant groups. Both sections felt aggrieved because the benefits of a liberalized India continued to elude them.

The Modis project was more ambitious; he sought to neutralize caste divides because these threatened his dream project of a unified Hindu nation. This dimension of his politics, argues Jaffrelot, has added a new string to the populist arc of nationalist populism. Most populists come to power by attacking the establishment as corrupt and underperforming, by demolishing intermediary institutions such as the media and civil society organizations, and by establishing a direct relationship with the people. Above all, they mobilize the majority opinion against minorities, immigrants and strata of society which, it is said, do not belong. Modi, argues Jaffrelot, added a fourth dimension to populism, that of creating a Hindu nation. Minorities have been put in their place. Ethnic democracy has become institutionalized in the country.

Finally, the Modi government gave up the welfare state. Researchers call the alternative the entrepreneurial state. People don’t have to look to the government for a job, they have to look after themselves, even if they have to sell pakoda do this. The UPA-I government had adopted a number of policies granting social rights to the people. Under the current regime, the poor enjoy certain benefits, such as increasingly unaffordable gas connections without cylinders, the construction of public toilets, many of which sleep due to water shortages, and some housing. These are given to citizens as part of social policy, or even as a gift from the Prime Minister, and not as social rights. All this is done in the name of protecting the dignity of the poor.

In short, Jaffrelot suggests that Modi has changed the rules of the political game. He challenged the belief that Indian politics would always be pushed to a centrist position by electoral competition and institutions. The BJP’s ability to single-handedly acquire a majority in the Lok Sabha, it was added, also refuted the thesis that India’s future lay in coalition politics.

Whether Modis’ takeover benefited the BJP constituency remains an unresolved question; the jury is still out on it. In 2020, millions of migrant workers started marching to their villages after the country was closed. They had nothing to show for their ceaseless work in the service of an Atmanirbhar Bharat, except the bundle of meager clothes they wore on their heads with callused and bleeding feet, and throats parched from lack of water. The summer of 2021 brought more tragedies, people died breathlessly in the streets of the capital lacking oxygen; families could not provide their loved one with a decent funeral because crematoriums and cemeteries were reserved for days; the little babies were orphans; entire households have been wiped out; and misery lurked in all the streets of the country. The government was spectacularly absent from the scene. Jaffrelot points out that despite the government’s grandiose self-representations, millions of Indians remain mired in poverty, inequality and deprivation. They are denied access to basic necessities while improvement projects have been inaugurated with great fanfare by the current government. 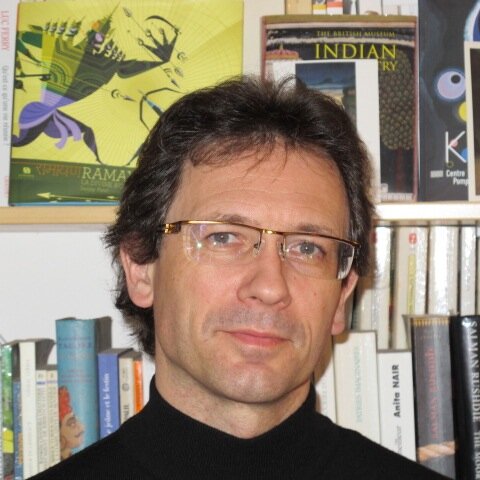 Jaffrelot tells us the story of a politician who succeeded in seizing and monopolizing the highest echelons of power, and thus inaugurate the reign of a new elite Lutyens Delhi. And he does it very well. His study is so exhaustive that sometimes the reader misses the wood for the trees. Very often we wonder what is the causal relationship between the factor x, y or z. But whatever; it’s a good read and we can always relate these factors ourselves.

Two small points before concluding this opinion. First, I wish the author had consulted someone knowledgeable before translating the Hindi terms. For example, on page 43, the slogan used to stereotype Muslims is hum paanch hamare pachees. Pachees is not 50 as stated in page, it is 25. On page 60 Jaffrelot writes that Indians love the Bollywood image of a kala nayak or black hero. The appropriate term is khalnayak, or the villainous hero played with such aplomb by Sanjay Dutt in a 1993 film of the same name. And on page 107, famous Indian journalist Karan Thapar is transformed into Kiran Thapar.

Second, although Jaffrelot documents the anti-citizenship (amendment) movement, he does not give it the importance it deserves. Despite the crackdown on civil society organizations, from mid-December 2019 to early February 2020, we witnessed an unexpected phenomenon. Across the country, thousands of people protesting against a discriminatory law gathered and marched in biting cold. Their only weapon was the Constitution. The Constitution and its preamble have changed from a legal document to a political document. From late 2020 until today, thousands of farmers across the country have cornered Delhi and challenged the laws corporatizing agriculture which were rushed by Parliament. These are just two cases of discontent that have been sparked in Modis India.

No regime is left out, no matter how charismatic the leader is. Because charisma, as Jaffrelot emphasizes, is morally neutral. Contemporary India tells us the story of the consolidation of Hindu nationalism. It also tells the story of the number of citizens who distinguish between religion as faith and religion as politics. This is why more than 62% of citizens voted against the BJP in 2019. Political history is not only a history of power, it is also a history of resistance to power and of contestation of dominant systems of meaning. . But that may be another story, for another book by Christophe Jaffrelot.

Neera Chandhoke was professor of political science at the University of Delhi.

Can Le Pru prove that Cathie Wood and George Soros are wrong about China?