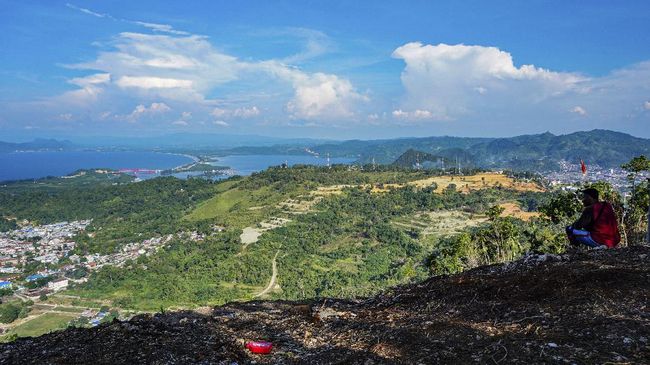 vice-regent Asmatas well as president of the provincial expansion team South PapuaThomas Eppe Safanpo said his party would send a letter to the president Joko Widodoand several ministers concerned to follow up on aspirations for regional expansion.

They will do so after Home Secretary Tito Karnavian issued a statement regarding the expansion of the province of South Papua which consists of four districts.

Thomas said the aspiration to form the province of South Papua has been around since 2002.

He said that elements of society in parts of South Papua want to form their own province outside of Papua province. However, the aspiration to form one’s own province was still closed at this time.

“Well, now it is certain that we will take the measures suggested by the Home Secretary. So we have made the aspiration in the form of documentation. It is at the Secretariat of the Acceleration Committee for Papua Province of South is ready, “he said.

In addition, Thomas appreciated the steps taken by Tito which opened up opportunities for the division of South Papua into a province to cover only four districts. He felt that this was in line with the aspirations of sections of society in the four regions of South Papua.

He also hopes that in the future, the division of the province in Papua will not have to follow the law on regional government. However, he said, Papua could be exempted from regional expansion under special autonomy.

“Well, in the regional government law regarding administrative coverage, there must be 5 districts to form 1 province. Under special autonomy, Papua needs exceptions. And thank goodness Minister of “Interior as per our aspirations in South Papua, we can get exceptions with our 4 districts in 1 province,” said Thomas.

Earlier, Tito Karnavian mentioned that there was a specificity for the aspirations of the people regarding the expansion of the province of South Papua which will include only four districts.

Tito clarified that the expansion of the province in Papua will be added to the province of South Papua which includes Merauke Regency, Boven Digoel Regency, Mappi Regency and Asmat Regency whose capital is Merauke.

“We will revise the Papua Special Autonomy Law, in Papua there must be an acceleration of development, Merauke may already be divided into South Papua Province even though there are only four regencies due to the specificity for Papua, ”said Tito.

Tito called on all sections of society, especially community leaders in the South Papua region, to unite and make a written statement to be submitted to President Joko Widodo.

Trump shows how divisive another White House race would be

Tracing how Narendra Modi captured the highest echelons of power