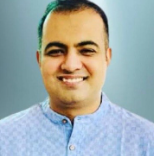 On the eve of India’s 75th Independence Day, Prime Minister Narendra Modi announced that August 14 will now be celebrated as the Day of Remembrance of the Horrors of Partition to honor the struggles and sacrifices of hundreds of thousands of people during the senseless violence that followed the partition.

The date is a grim reminder that our freedom which came at the cost of partition as East and West Pakistan were snatched from India’s shoulders by the departing British. Returning to the past of our nations reminds us of the intense struggles undertaken to shape the nation in which we live today. This further strengthens our resolve to protect the country’s hard-earned independence and sovereignty. Not just India, but most nations have had a horrible past as a result of the actions of other nations. Once again this year, September 11 was a reminder of Al Qaeda’s gruesome attack on the US World Trade Center, which claimed many innocent lives. The attack sparked a series of threats from the United States and subsequently Operation War on Terror. Even now, especially on this day, we see American families mourning the deaths of loved ones. It is painful to see that it is civilians who suffer in pure politics between nations. A reference to the past creates an awareness of our shared history and how we perceive things now. It helps us see the contemporary world through a historical lens, thus associating a better meaning to its existence. Learning from the past is the key to a better present and a better future by orienting the political approach in the right way by drawing lessons from the past.

Each year August 15 brings back many memories of the dark days of the freedom struggle, of the partition and its consequences. The legacy of the division was visible even after decades of separation, further adding to the miseries of peoples and countries.

Only a few months after the partition, India and Pakistan were embroiled in a war for Kashmir, the consequences of which still have a profound impact on our nation. This shows that the unfortunate line the British drew to divide India has served no purpose.

On the contrary, the archives of the time show more than a million murders, thousands of kidnappings and rapes, and looting due to partition. As the rulers of the newly carved Pakistan wished to change the demographics of their region, the Sikhs and Hindus living in western Punjab (now Pakistan’s Punjab province) faced the worst of mankind. Their homes were set on fire, threads were cut to the sword, girls were kidnapped and subjected to sexual violence, and even pregnant women and the elderly were not spared. My family was also one of the many who suffered the brunt of the score.

It was probably the greatest human tragedy after the Holocaust. In fact, journalists and Britons who witnessed the Nazi camps and the partition of India up close say that Sikhs and Hindus were subjected to far worse cruelties.

With no hope of state protection in sight, Sikh and Hindu lakhs had to abandon everything they owned in what is now Pakistan’s Punjab province and migrate to India. My grandparents also had to leave our birthplace in Montgomery (now Sahiwal) city of Punjab (Pakistan). The comforts of our homes have been replaced by the struggles of living in refugee camps, struggles we never dreamed of in our worst nightmares.

All of this could have been avoided if Jawaharlal Nehru and Mohammad Ali Jinnah had agreed to discuss it around a table, but the two anglicized lawyers could not bury the hatchet even for the good of our great nation. reparations for the injustices inflicted on us. Despite a tragic history to endure, the Punjabi community has flourished over time without ever playing the victim card. While the state of Punjab has earned the title of India’s breadbasket, Punjabis across the country and the world are seen as prosperous, philanthropic and culturally rich people.

However, even as we are well past the nadir to which we were reduced in the aftermath of the partition, the sordid tales of our elderly remain a scar in our memories.

Thus, Prime Minister Modis’ announcement was rather moving for the thousands of families who lost their loved ones because of the barbaric crimes that were committed on both sides during the partition. The Day of Remembrance of the Horrors of the Score ensures that our loss is not forgotten.

In a poignant tweet, the Prime Minister rightly said that the pains of sheet music can never be forgotten. Millions of our sisters and brothers have been displaced and many have lost their lives due to senseless hatred and violence. accountability.

I understand that just marking a day is not an atonement for the sufferings of the peoples during the period, but it starts a dialogue in the right direction. Significantly, this provides an opportunity for the whole nation to realize the immense sorrow that Sikhs and Hindus, primarily in the Punjab, have endured.

For us, the affected families in Punjab, the announcement has therapeutic value. The Day of Remembrance of the Horrors of Partition is not meant to ignite community passions, but to make us wary of our past mistakes that led to the monumental human tragedy.

The opinions expressed above are those of the author.

When is the travel announcement? The date of the next green list update and when the UK traffic light system may end