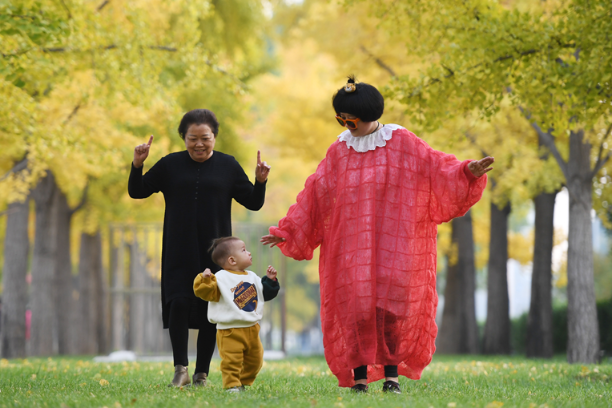 In modern times, the dynamism of Chinese society has benefited from the addition of the concept of socialism, which great philosophers regard as inherent in man’s awareness of his environment. Concretely, socialism with Chinese characteristics measures what humanity has achieved and insists on sharing this for the common prosperity of all peoples.

This makes the concept of Chinese socialism dynamic, innovative, and compelled to convey what humans have achieved. The vision of Chinese society therefore forced it to introduce changes.

Socialism with Chinese characteristics aims to achieve positive things, such as committing to sharing the nation’s achievements for the common prosperity of mankind.

The original path of the Chinese Communist Party was truly revolutionary because it allowed China to break out of the shackles of imperialism, colonialism and feudalism.

Today the Party remains dynamic to achieve greater glory for the nation’s society. This is the beauty of the dialectic of history. The Chinese revolution continues to have the same vigor and enthusiasm, and is still eager to come true and to share.

China’s approach to socialism is not only evolutionary, but is also an inclusive and continuous process.

President Xi Jinping had said that the common prosperity China seeks should in no way be understood as egalitarianism or theft of the rich to help the poor, but rather as a dynamic process that promotes the equitable distribution of the nation’s wealth. and ensures that the channels and opportunities for upward mobility are more evenly distributed.

China knows that every society reaches its peak and eventually loses momentum, and that laxity will resuscitate inequalities. China’s innovation in socialism is a continuous process that is constantly improving and expanding, akin to the growth and changes in its economy and the sharing of an ever larger pie in a moderately prosperous society.

Theoretically, this explains why the progressive innovation of the socialism system is uniquely Chinese and has proven to be much more sustainable than the Western model. It is distinctly Chinese in that its people see the changes as part of their system.

The idea of ​​common prosperity is for President Xi a wisdom that reflects the true character of the Chinese people. This is the opposite of the United States’ policy of exception, which can only be implemented through unilateralism characterized by the threat of arbitrariness and sanction.

Xi is correct in his observation that society is historically and biologically interdependent. To accept this reality is to promote win-win cooperation, which is humanity’s practical guide to peace and tranquility.

American exceptionalism is the opposite of the five principles of peaceful coexistence adopted by the late Chinese Premier Zhou Enlai, principles to which China remains true to this day. This brought friendships with countries in Asia, Africa and Latin America, and these friendships grew considerably after the launch of the Belt and Road initiative. China has cultivated friendship through peaceful trade and development.

This is a clear difference between the approaches of China and the United States. The Chinese concept of common prosperity is implemented by taking the right measure for what is mutually good. It is not altruism but a reasonable, win-win formula and it is the greatest incentive for peace.

The greatest measure of success is the Belt and the Road. Today, a large number of countries participate in the BIS, the success of which lies in its correct interpretation of socialism.

The BIS is not laden with political rhetoric but rather is grounded in substance to achieve progress and development. The establishment of the Asian Infrastructure Investment Bank and the New Development Bank placed China far above the United States and Western Europe in the pursuit of the development of international finance.

The author is a Manila-based political analyst and columnist at Manila Standard.