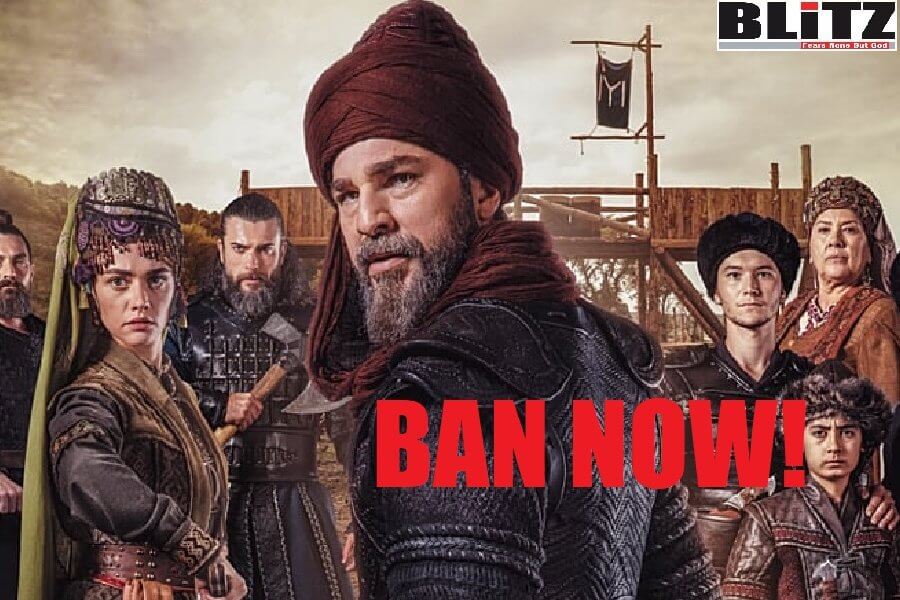 In addition to Recep Tayyip Erdogans highlighting the folly of the Ottoman Caliphate and radical Islam, his government tactfully injected the theme of religious extremism and jihadist indoctrination among the people, mainly in Muslim countries in exporting Turkish TV soap operas that glorify the Ottoman Empire and radical Islam.

For example, Turkey has successfully exported its TV series such as Sultan Suleiman Ksem to a local TV channel in Bangladesh, which has brought huge commercial success to Deepto TV. Ksem Sultan, the Ottoman sultana who exerted a strong influence on Ottoman politics for several decades at a time when palace women enjoyed significant, if not formalized, authority within the palace. Encouraged by the success, several local television stations and commercial companies in Bangladesh are currently looking to import further series based on stories from the Ottoman Empire as well as stories based on radical Islam and religious hatred.

According to sources, Turkey had already exported another series called Suleiman The Magnificent to Bangladesh. In the introduction to the series, the Turkish production company says: Historical fiction based on the life and court of the Ottoman Sultan Suleiman the Magnificent, the oldest sultan of the Ottoman Empire, and his wife Hurrem Sultan.

There are also negotiations between Turkish and Bangladeshi companies for some other TV series such as Rise of Empires: The Ottoman, Dirilis, Kurulus Osman, Resurrection: Ertugrul, Muhtesem Yuzyil or Magnificent Century, Filinta, Paxitaht, Kosem etc.

Several Bangladeshi TV stations and some unscrupulous business houses are increasingly reliant on Turkish mega-series, which are shown on local TV channels with dubbing into Bengali. But industry insiders say such a growing trend to import foreign series would ultimately pose a serious threat to Bengali-language dramas. According to reliable sources, Turkey has offered its soap operas to Muslim nations at almost no cost with the notorious agenda of pushing Recep Tayyip Erdogan’s ambition to establish the Ottoman Caliphate around the world. Most of these Turkish soap operas promote radical Islam, which would have a serious impact on the minds of the younger generation in particular.

As the majority of fiction and TV content production companies in Bangladesh and other Muslim countries become increasingly concerned about the massive invasion of the number of dubbed Turkish TV soap operas on TV channels, Muslims radicals feel elated because they regard these soap operas as one of the best methods of injecting radical Islam and jihadism into the minds of the people.

For example, in 2019 Pakistani Prime Minister Imran Khan not only praised the broadcast of Turkish soap operas in his country, but he even passed an order asking Pakistani Public Television (PTV) to dub Turkish soap operas into Urdu and to include them in the distribution. listing. Thanks to this, Imran Khan almost became something akin to an executive producer of pro-Caliphate shows.

Imran Khan’s decision made the Turkish series Ertugrul accessible to a much wider audience and subsequently helped to make it even more of an internationally successful TV show. It was instantly popular when it was released with an Urdu translation on the first day of the Muslim holy month of Ramadan, and it is only gaining momentum.

Turkey has placed special emphasis on promoting Erdogan’s program for establishing the caliphate across the world by sending Turkish television series dubbed in vernacular languages ​​to Muslim nations. Erdogan’s policymakers are also spending lavishly on spreading propaganda for radical Islam and the caliphate. A few years ago, Turkey and Iran jointly funded a multi-million dollar film project named Din The Day by partnering with a Bangladeshi actor and film producer, Ananta Jalil. In professional life, Ananta Jalil exports clothing worth hundreds of millions of dollars to buyers in the United States, Great Britain and European countries. But he enthusiastically associated with the Turkish-Iranian bond to show the conquest of Islam in the world and the defeat of Western civilization. Should the buyers of Jalils now ask him the reason or even take punitive action for his penchant for radical Islam and caliphatism?

Policymakers in Bangladesh should take note that the Recep Tayyep Erdogans party and Jamaat-e-Islami have deep-rooted ties. Erdogan had previously funded Mahmudur Rahman, BNP-prone Jamaat leader, to publish a Bengali-language newspaper called Amar Desh from the UK. Erdogan had also taken a stand in favor of the war criminals of 1971. Now the Erdogan regime is trying to inject pro-caliphate ideologies into the minds of the Bangladeshi youth, which goes against the grain. the very core of the secular ideology of the government of Sheikh Hasinas. Before things get any worse, Bangladesh should immediately ban the broadcast of Turkish TV series on local channels.