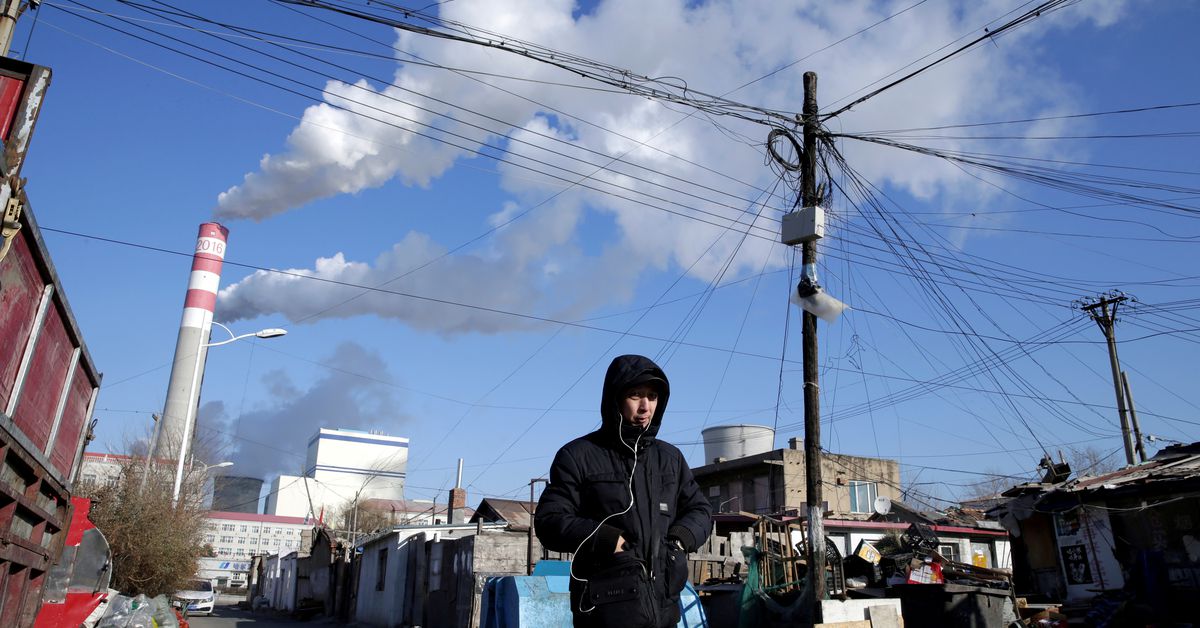 SHANGHAI, Sept. 15 (Reuters) – China’s refusal to accept demands for deeper carbon cuts during recent visits by top climate emissaries from the United States and Britain could undermine progress at the next global climate summit in Glasgow in November, experts say.

China has rejected US envoy John Kerry’s call to bolster its emissions targets ahead of the COP26 summit, saying the climate cannot be separated from the broader split in relations between countries.

This change in tone by China on climate relations between the two biggest emitters of greenhouse gases in the world has undermined the momentum of the Glasgow talks and contrasts with the cooperation between the two countries in 2015 which paved the way. to the historic Paris climate agreement.

China no longer feels compelled to consider demands for deeper carbon cuts after former President Donald Trump rejected US climate change commitments, including pulling out of the Paris agreement, in particular after the deterioration of relations between the two countries during Trump’s tenure on trade, human rights and geopolitics issues, experts say.

China and the United States still agree on climate issues, but “the biggest problem now is the difference between the political positions of the two sides,” said Zou Ji, chairman of the Energy Foundation China who was part of the Chinese delegation to Paris 2015 talks.

“The balance of power and influence on both sides has changed.”

The United States says China, the world’s largest emitter of greenhouse gases, has not done enough despite pledging to reduce its emissions to “net zero” by 2060. They want the China is committed to peaking earlier and doing more to reduce the consumption of coal, a source of greenhouse gases.

However, China argues that its current commitments are strong.

President Xi Jinping has repeatedly pledged to “increase the strength” of his Nationally Determined Contributions (NDCs), the emissions targets that each country must submit as part of the Paris agreements, to reflect the commitment of China to achieve the 2060 goal of “net zero”.

China’s chief climate envoy Xie Zhenhua said in August that China has already stepped up other commitments, including a new renewable energy target and a pledge to reduce emissions to a peak “before” 2030 instead of “around” 2030.

China also announced that it will reduce its use of coal from 2026 and produce 25% of its energy from non-fossil fuel sources by 2030.

The Chinese government does not want to be seen giving in to foreign pressure on reductions in coal consumption, US diplomatic sources have said. China is the world’s largest user of coal, and the industry employs many workers.

“Amid all the uncertainties, one thing has become clear – Beijing will not give in to foreign powers,” said Li Shuo, climate expert at Greenpeace. “The best way to propel Chinese climate action is to align it with China’s self-interest.”

China must submit updated NDCs before the start of COP26. But, rather than introducing new commitments, analysts expect them to provide more detail on how existing long-term goals, described by Premier Li Keqiang as extremely difficult, can be achieved. .

Environmental think tanks, such as the Innovative Green Development Program (IGDP) base in Beijing, say the government could update China’s NDCs to include a 2025 energy consumption cap, more action on greenhouse gases other than carbon dioxide, as well as a “road map” to achieve existing targets.

However, it is uncertain whether the government will make any bigger changes to the NDCs, and China’s comments following the meetings with Kerry are not cause for optimism.

The United States had hoped that the climate talks would remain “stand-alone” issues from other elements such as its support for Taiwan and allegations of human rights violations in Xinjiang.

But top Chinese diplomat Wang Yi told Kerry at their meeting that the “oasis” of climate cooperation cannot be separated from the diplomatic “desert” between them.

For its part, China could seek exemptions from a new EU carbon border tax and push richer countries to honor their funding commitments to developed countries, analysts said.

Beijing will also seek to ensure that Washington can meet its own commitments, said Zou of Energy Foundation China.

“If Trump or someone with the same point of view comes back, then everyone is worried about whether American climate policy will take another turn,” he said.

Alex Wang, an environmental law expert at the University of California, Los Angeles, said the best way for the United States to influence China’s climate actions is to lead by example.

“The US reviews are not surprising and point to real areas in which China needs to do better,” he said. “But the United States has not done enough either. One of the best ways for the United States to exert pressure now is to take decisive and lasting climate action at home.”