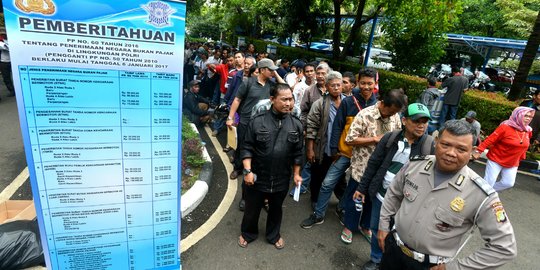 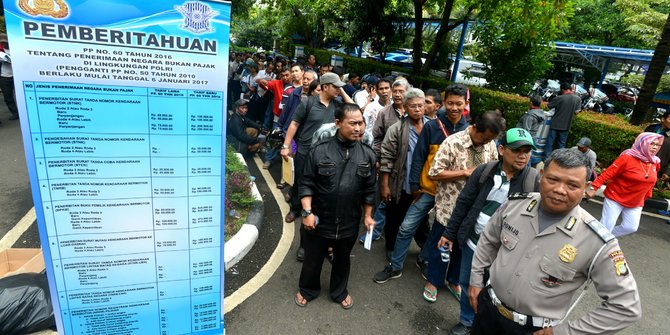 Merdeka.com – A man via the @emerson_yuntho Twitter account shared an open letter to President Joko Widodo (Jokowi). The man, known as Buya Eson, demonstrated the system that applies from Samsat to Satpas.

The practice of extortion and bribery is still a familiar culture. He demanded that Jokowi and his ministers and the head of the national police participate in a full investigation.

A request, he hoped not to be arrested after sending an open letter. Here is the full review.

Some time ago, a man via his Twitter account posted an open letter addressed directly to President Joko Widodo, a copy of which was sent directly to the Coordinating Minister for Political, Legal and Security Affairs Mahfud MD and Chief of the national police, General Pol Listyo. Sigit.

According to him, the administrative system belonging to Samsat in Satpas is still entangled in the practices of irresponsible people. As a result, extortion and brokers continue to roam free.

“With all due respect, Mr President, I have been a concerned citizen and concerned for over 20 years with public services, especially in the One Roof Manunggal (Samsat) administration system and the SIM administration unit ( Satpas), which until now are no longer immune to the practice of illegal withdrawals) and brokerage, ”he said.

“Residents also complain that the knowledge test is not transparent and that the road test for obtaining a driver’s license is considered unreasonable. With a practical test model like this, the public believes that Lewis Hamilton will not succeed in getting a SIM A and it is also impossible for Valentino Rosi to get a SIM C card in Indonesia, ”he added. .

Had to use the wrong path

The practice of maladministration seems inevitable. As a result, residents inevitably fall victim to the damaged administrative system by paying tips.

“Due to the difficulty of obtaining a driver’s license, a simple survey shows that 3 in 4 Indonesians (75%) – whether intentionally or compulsorily – obtain a driver’s license in an unnatural way,” he said. he continued.

Ask the minister and the police chief to investigate

For him, the solutions proposed by the current government have not been fully maximized to be able to stop maladministration.

“We ask Mr. President Joko Widodo to deeply repair the Samsat and the Satpas extra ordinary and not in a poor, proven way. The president can order the minister for the coordination of political, legal and security affairs and the head of the national police to settle this problem definitively so that it does not happen again in the future, “he wrote.

At the end of the letter, the man known to be a student of the Honoris Causa doctoral program at Monas University hopes he will not be summoned by anyone. police. According to him, an open letter is a good way to convey his current complaints. “Finally, I submit this complaint and request by letters, not murals or posters – please do not stop or investigate the delivery of this letter. Sincerely, Emerson Yuntho,” he concluded.

“From this letter there is actually hope, let’s stop the dirty practices in the public services – Samsat and Satpas – it’s time for us to fix it in the future. We also want to fight the myth that extortion and brokers in Samsat and Satpas are impossible to correct because it goes from the bottom up and is ingrained, “he tweeted.